The Cowboys strengthened a strength with their first round pick back in April, selecting Oklahoma wide receiver CeeDee Lamb 17th overall. Lamb is a dynamic pass catcher with a WR1 ceiling, and joining forces with Amari Cooper and Michael Gallup he will help to make the Cowboys offense one of the best in the league.

But is there another area where Lamb can excel as a rookie?

DallasCowboys.com suggested trying out CeeDee Lamb as a punt returner, reminiscent of Dez Bryant’s rookie year back in 2010. If you’ll remember, Bryant was a dangerous punt returner for the Cowboys, scoring twice and averaging 12.5 yards per return during his rookie season. 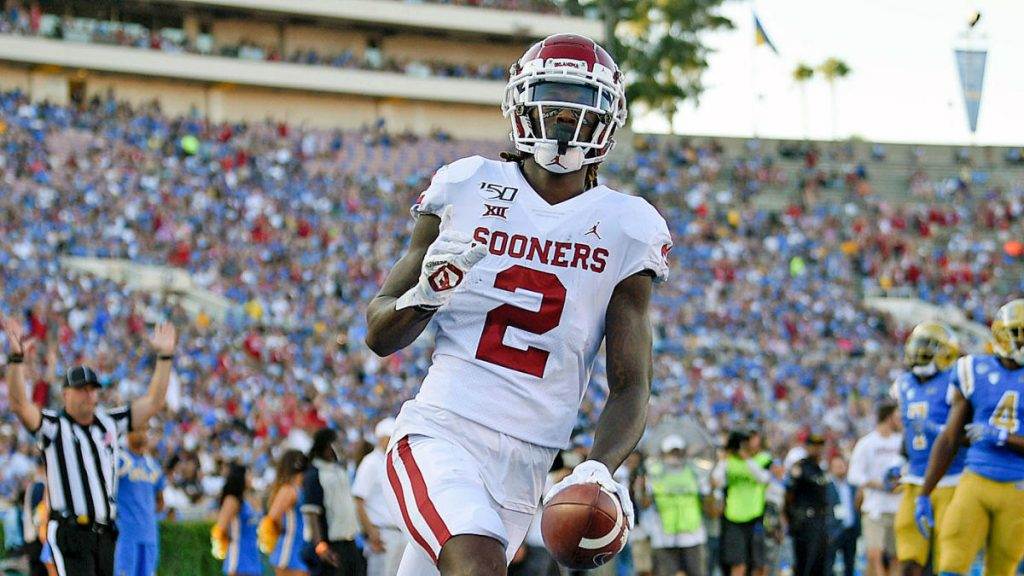 Lamb returned 54 punts in college, and did a solid job. He averaged 12.8 yards per return during his Sophomore season, and tallied 475 yards over all three years.

While Lamb did not have a return for a touchdown at Oklahoma, he did break off some big returns – three of over 40 yards to be exact. We also know how dangerous CeeDee Lamb is after the catch, the same type of skill which would be useful as a punt returner.

Since losing Dwayne Harris to free agency prior to the 2015 season, the Cowboys really haven’t had much luck from their punt returners. Tavon Austin broke off a few nice returns, but they were few and far between. Plus, Austin was often injured and missing from the starting lineup.

The Cowboys offense will have a lot of mouths to feed, and getting Lamb some creative touches could go a long way to both improving their lowly special teams and getting Lamb extra chances to create big plays.