The Dallas Cowboys played very well against a Detroit Lions team that looked intimidating after beating the New England Patriots a week ago. The Cowboys, who came into this game with a ton of concerns around the offense put on a satisfying performance that will buy them time as they climb to a .500 record once again.

Despite it only being a week 4 game, this one truly felt like a must win for the Cowboys’ coaching staff. After Scott Linehan talked about adding new “wrinkles” to what had been a very inefficient offense, Dak Prescott and company had to live up to the hype.

They ultimately did, putting up 26 points on the board.

Ezekiel Elliott had an impressive game, rushing for 152 yards on the ground and 88 in the receiving game. Elliott was put in a position to deal damage as a receiver, something we’ve been wanting to see for a while. What ended up securing the win for Dallas was actually a 34 yard pass to Ezekiel Elliott. 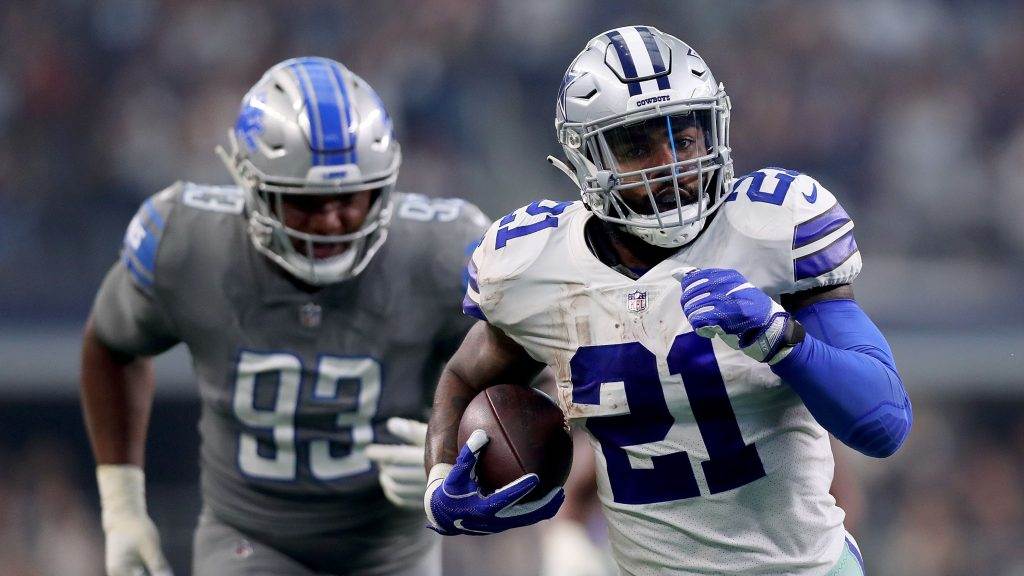 When talking about the top running backs in the NFL, Elliott is often set aside because he isn’t used as guys like Le’Veon Bell or Todd Gurley, who are elite weapons as receiving backs. Linehan was asked to do something about the offense and finally, he asked his best play-maker to catch the most important ball of the game.

Also worth noting is the Cowboys approach to the passing game. Dak Prescott has been heavily criticized for a lack of deep passes, but that did change this time around. Prescott threw for 255 yards (in a game in which the team ran for 183) against a defense that’s known as one of the best passing defenses in the country, led by CB Darius Slay.

But stats don’t tell the whole story. Dak Prescott, despite a few mistakes, was on fire. He was throwing dimes and could’ve ended the day with two additional touchdowns. Instead Tavon Austin dropped a ball that was perfectly placed against great coverage in the end zone and Michael Gallup didn’t get to the ball for a defensive pass interference that wasn’t called. Cowboys Nation should be excited about the QB execution this week, but believe it or not, fans should also be pleased by the coaching a bit.

Sure, the team left a lot of points on the field, ending what should’ve been TD drives with mere field goals. But this was the top passing defense coming into week 4 and they were not afraid to let the ball fly, something we hadn’t seen much prior to this game.

Some coaches in Dallas are probably coaching for their jobs. Even with Jerry Jones publicly stating he trusts his staff to lead this team to victory, I wouldn’t read too much into his comments. He said similar things before firing former head coach Wade Phillips. The offense’s performance today buys Scott Linehan and Jason Garrett time, no doubt. But as fun and exciting as it was watching this down-to-the-wire win, the Cowboys left at the very least 11 points on the field.

This game could have been a stronger statement than it was. It’s week 4 and the Cowboys are still in position to make a playoff run. For the first time in the season, the offense seemed to be working in all cylinders. There are still a lot of things to improve on, but feeding Ezekiel Elliott and running play action passing plays will have this team mounting more wins than expected.

Hopefully, this coaching staff keeps figuring things out. They did so today.

Tell me what you think about “Scott Linehan’s “Wrinkles,” Execution Buy Cowboys Coaches Time” in the comments below, or tweet me @MauNFL and let’s talk football! If you like football and are looking for a Dallas Cowboys show in Spanish, don’t miss my weekly Facebook Live! show, Primero Cowboys!