The 2018 Senior Bowl is now behind us, as the draft process pushes on toward the NFL Scouting Combine. Another great week from Mobile, Alabama produced a 45-16 victory on Saturday for the South squad.

The great thing about the Senior Bowl is that it’s played early enough in this process for scouts and draft analysts to see players they haven’t yet studied. Players that put themselves on the national radar in front of hundreds of scouts and writers will have the draft community returning home from Mobile rushing to get to the tape.

After watching this game and following along with the practices earlier in the week, here are three players Cowboys Nation should familiarize themselves with as potential targets for the Dallas Cowboys in April. 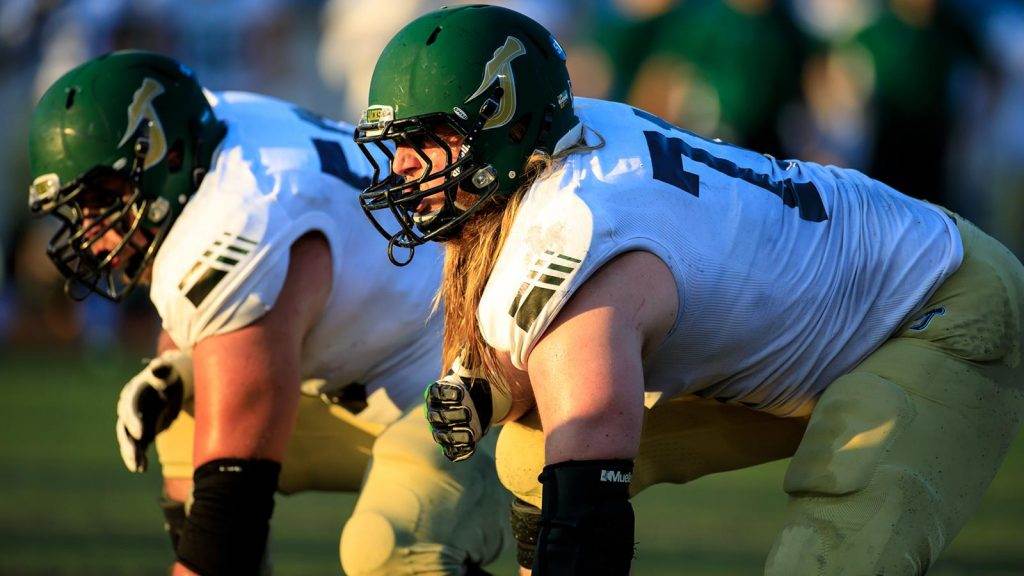 It’s often the small school players who can help themselves the most at the Senior Bowl, and this was the case for Humboldt State Lineman Alex Cappa. Playing Division II football for the Lumberjacks, Cappa was an offensive tackle in college who likely found his next home at guard this week.

They're moving Alex Cappa all over the offensive line today. He's now at right guard. Has also played left guard and left tackle.

This type of flexibility is exactly what the Cowboys need to add depth to their offensive line, as are the tenaciousness and edge Cappa plays with on every snap. Measuring in at 6055 (6′ 5 5/8″) with an arm length of 33 1/8″, Cappa started off his week well in shorts and a t-shirt in front of scouts… then the pads came on.

In Saturday’s game, Cappa’s raw strength stood out to me. The punch he plays with in his hands is outstanding, and suits him well at guard. Cappa plays with terrific balance and a light base that allows him to get movement up the field.

The Cowboys may very well prioritize adding another offensive lineman in the draft as early as their 19th overall pick. With a lot of offseason left until Dallas hosts the 2018 Draft though, a positive outlook on Left Tackle Tyron Smith and a new contract for Left Guard Jonathan Cooper could push the need for OL depth down the board.

Likely waiting for them in the second or even third round will be Alex Cappa, who did nothing but help his draft stock at the Senior Bowl. 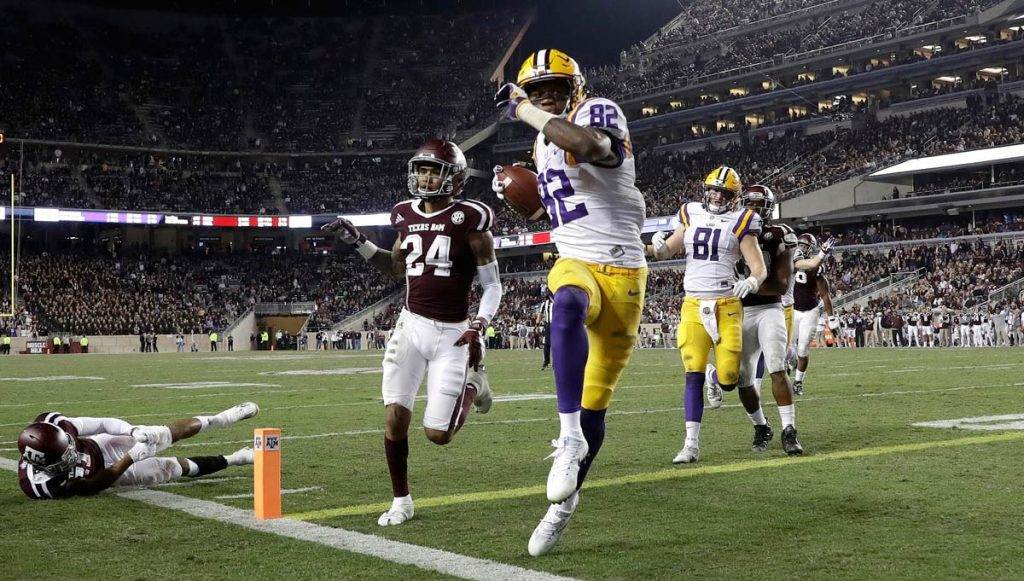 ITS Staff Writer Brian Martin already profiled Chark as a potential Cowboys draft target a few weeks ago here at Inside The Star. With five catches for a game-high 160 receiving yards, and a 75-yard touchdown in the Senior Bowl, Chark and the rest of the wide receivers in Mobile proved how deep this class of pass catchers is.

This, from Brian’s report, shows why he would be a nice fit with the Cowboys:

“Chark has strong, reliable hands and a large catch radius. He’s a solid route runner, but could stand to improve in this area once he’s in the NFL. He has the speed to take the top off of defenses and also used that speed on jet sweeps and reverses. He also wasn’t afraid to do the dirty work in the blocking game, showing pretty good technique.”

The Cowboys’ need for an overhaul at wide receiver has been one of the team’s hottest topics this offseason. The amount of talent that’s available throughout this draft would deter me adding a WR to this roster in the first round, as both outside starters, Dez Bryant and Terrance Williams, are already under contract — along with Cole Beasley.

Hindered by poor quarterback play in college at LSU, the traits are there — along with the Senior Bowl production — for Chark to rise up draft boards and become a solid starter as a Z-receiver to start his NFL career.

Few players came into the Senior Bowl with as much buzz as UTSA pass rusher Marcus Davenport, who was already on many Cowboys’ fans radar. For those following the draft closely, you’ve likely heard that Davenport would be a long shot to make it to the Cowboys’ first pick, followed by overblown reactions to some of his practice struggles this week.

I’ve already profiled Davenport as a draft target for Dallas, writing his scouting report at Slant Sports prior to the Senior Bowl.

In that report, you’ll see that I made sure to mention how raw of a prospect DE Marcus Davenport is. This is a key piece of figuring out this player that was apparently lost to many members of the media covering the action from Mobile.

Consistently rushing with his hand in the ground for the first time ever (playing in a two-point stance at UTSA), while receiving NFL level coaching, Davenport improved with each day of practice heading into yesterday’s game.

Flashing on a number of rushes in the actual Senior Bowl, Davenport closed out his week with a sack of Baker Mayfield, and a fumble recovery for a touchdown.

Marcus Davenport!The potential 1st round pick from UT-San Antonio gets to Baker Mayfield for the sack.📺: 2018 @seniorbowl | NFL Network https://t.co/JDj6ZqeKcr

Not locking himself into the top-15 picks with this week’s performance — however much you choose to believe that narrative — could be just what the Cowboys need to land their next fearsome pass rusher opposite DeMarcus Lawrence.

With draft season now in full swing, be sure to click over to Slant Sports for further scouting coverage. I will continue to highlight draft targets for the Dallas Cowboys right here at Inside The Star as their full reports go up at Slant Sports.

Tell us what you think about “Senior Bowl Standouts: 3 Players that Should be on Cowboys’ Radar” in the comments below. You can also email me at Sean.Martin@InsideTheStar.com, or Tweet to me at @SeanMartinNFL!