The Forbes rich list of NFL teams has once again shown the Dallas Cowboys to be the wealthiest franchise in the NFL. Unfortunately, statistics also show that money does not buy success in football, at least not on the gridiron anyway. In fact, looking back at last season, it would seem to be quite the opposite, with the lower value teams reaching higher than their wealthy counterparts.

Let’s take a look at just how wealthy the Cowboys are and what effect, if any, money has on a team’s prospects.

How rich are the Cowboys?

According to Forbes, the Cowboys top the league for the largest annual revenue, bringing in $800m, and the largest operating income, with $280m to spend. They are head and shoulders above the rest in both categories.

Not that this is anything new; America’s Team has led the rich list for the past fifteen years. Last season, they were a full $1.5bn ahead of their nearest rivals, with a value of $6.5bn compared to the Patriots’ $5bn.

A poor year in 2019 distorted the growth figures all round in 2020, but there was still notable growth from other areas. A new $111.8bn media rights deal was 82% larger than the previous agreement, giving all clubs a boost. Meanwhile, Super Bowl success and the arrival of one Tom Brady boosted the Tampa Bay Buccaneers value by a huge 29%, the single biggest increase in the NFL.

Does money make a difference?

When it comes to use your NFL betting bonus in Pennsylvania, it’s worth remembering that money doesn’t always lead to success. The Cowboys have not made the Super Bowl in any of the 15 years they have been the league’s richest club, while last year’s showpiece was contested by the 21st and 22nd richest teams. Perhaps the eye-watering salaries they paid to Patrick Mahomes and Brady to gain that success has hit their bottom line!

The highest-ranked AFC team in the playoffs was Pittsburgh, ranked 14th, while the average between the six teams was 23rd richest. In the NFC, 4th and 5th place did make the playoffs, but they were also joined by the 21st and 25th, giving an average rich-list ranking of 12th. Overall, the playoff teams ranked an average of 18th on the rich list.

Of course, unlike soccer in Europe, NFL squads aren’t all about money. The draft system ensures that the best college players are shared out fairly to create the levelest playing field possible. Nonetheless, both fans and financial backers must be asking how much more money the Cowboys management needs to compete and bring the Vince Lombardi Trophy back home and with it the glory days of the 1970s and 1990s.

With this type of Notoriety I believe that it only hurts the Cowboys simply because that every team that Dallas plays they get amped up to play us, also I hate to say this but I try to call it like I see it : It just seems that anything close to a penalty we usually get called for it !! I could be mistaken but in the history of the NFL there has been something like five games played in which a team has played a penalty free game …three of those games were against the Cowboys . All I would like to see is games called evenly on both sides of the ball!!

This is why “jerruh” doesn’t have to and hasn’t changed a thing in 25 years…..he’s rich and getting richer. While you, the fan, is sitting there ‘wishing’ and hanging on all his empty promises for ‘next season’…. wake up. 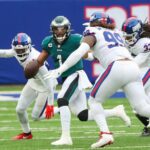 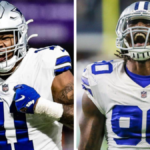