The 2018 NFL Draft is about to take place next Thursday inside Jerry Jones’ AT&T Stadium in Arlington, Texas. Months and months of tremendous hard work are about to culminate into new football players for every NFL team. Once Roger Goodell announces the Cleveland Browns are on the clock, the strategies front offices have been working on will be put to the test.

But part of what makes this event such an special one for die-hard NFL fans are the unexpected turns that can occur from one pick to another. These may come in different forms. Sometimes a surprising trade happens or sometimes a prospect is drafted way earlier than people expected him to.

There are, however, picks and trades that hurt fans. Take last year, for example. Many in Cowboys Nation were ready for UCLA’s DE Takkarist McKinley to fall to the 28th pick until Seahawks ended up trading their 26th pick to the Atlanta Falcons, who jumped over the Cowboys to land their guy, ultimately sending Taco Charlton to Dallas.

Things like that happen year after year in the NFL Draft. This is the offseason’s Super Bowl! Crazy stuff can happen. Things not always go according to plan. Today, we’ll discuss the teams that could ruin the Cowboys’ draft night.

The Cowboys could be looking for a first-round wide receiver at 19, including Alabama’s Calvin Ridley. Now, as we mentioned before, nothing is certain in the NFL Draft. Despite Ridley’s talent and ability to get open, some question whether he’ll fall all the way to 19.

The thing is, there are a couple of teams who could very well be targeting Ridley before the Cowboys turn.

The Arizona Cardinals, picking at 15, may be looking to find a new wide receiver to rely on now that Larry Fitzgerald’s career is getting closer and closer to its end. They also could target a quarterback there, but WR is a very strong possibility. Sam Bradford will need weapons if he’s to be the team’s starting quarterback.

As for the Ravens, even after adding Michael Crabtree, they should be trying to get Joe Flacco all the help they can. The Ravens may be the team that will most likely end up drafting Calvin Ridley come Draft Day.

DJ Moore could also be the receiver in question and could go earlier than expected to any of these teams, ruining the Cowboys’ search for a WR in the first round.

Sitting at 17 is a football team with similar needs to those of America’s Team. Despite counting with premium pass rushers in Joey Bosa and Melvin Ingram, the Chargers could 100% use an upgrade in their interior defensive line.

Vita Vea is expected to go early in the Draft but he could fall just because of the fact that he’s a 1-technique DT and positional value tends to make players slide in this process. Da’Ron Payne from Alabama could also be a player the Chargers target here if Vea is gone.

The Cowboys should be interested in upgrading their DT position as well, and could see the Chargers take their guy just two picks ahead of them.

Los Angeles will look for a top-tier safety if they find one worthy of a first-round pick. Derwin James is one hell of a football player, but some consider he doesn’t have a true home in the secondary. If James slides, Dallas should consider moving up to get him and the Chargers may be the reason why. 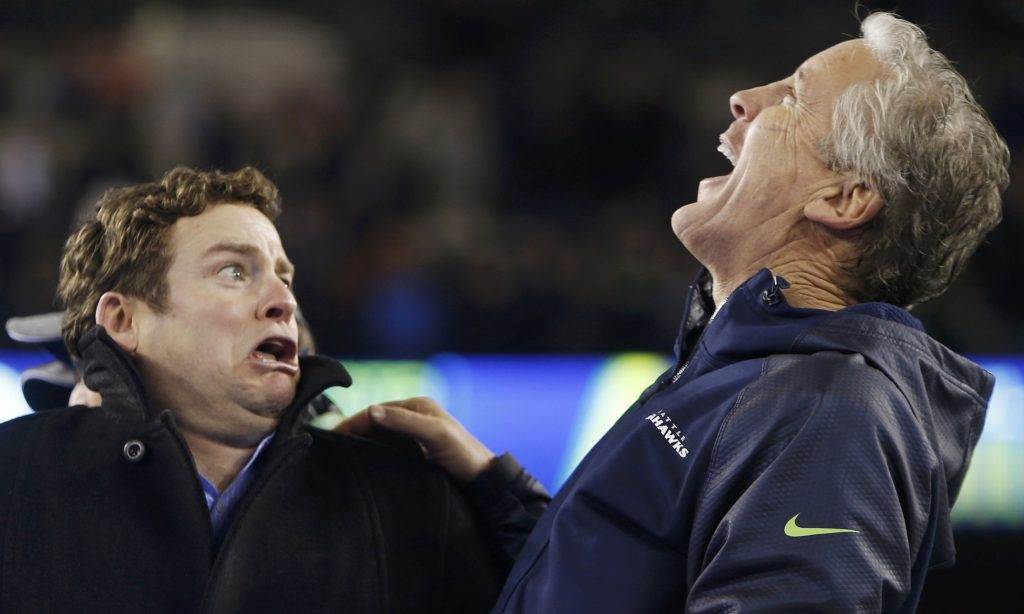 The Seahawks may be the team that hurt the Cowboys cause the most this coming week. Sitting at the 18th spot, one pick before Dallas’, Seattle will most likely be entertaining trade down talks. Without a pick in the second or the third round of the Draft, they should be desperately looking for ammunition.

This offseason, the team parted ways with many key players on their roster, including veteran CB Richard Sherman. For a team that’s entering some sort of rebuilding situation, draft picks will be something they crave.

Any team looking to jump over Dallas sitting at 19 will be making telephones ring in Seattle.

The NFL Draft is always a fun topic for discussion and potential scenarios talk. Sadly, it’s about to come to an end. Here at Inside The Star, we’ll continue to get you fresh Cowboys content throughout the offseason.

Tell me what you think about “Teams that Could Ruin the Cowboys’ Draft Night” in the comments below, or tweet me @MauNFL and let’s talk football! If you like football and are looking for a Dallas Cowboys show in Spanish, don’t miss my weekly Facebook Live! show, Primero Cowboys!