The Cowboys roster continues to remain fluid as they are forced to shuffle guys in-and-out of their active roster as they deal with the effects of COVID-19. After battling through numerous injuries earlier in the year, it feels like the Cowboys are getting healthy at the right time, just before the playoffs.

They announced some more good news on Wednesday as several key role players returned to practice from injuries or the COVID-19/Reserve list.

Wide Receiver Noah Brown returned to practice and was placed on the Reserve/Designated for return list, which starts the clock on a 21-day timeframe for him to return to the active roster. To date, Brown has hauled in a career-high 184 yards on 16 receptions and earned a sizable role on Special Teams.

Brown has been out since week 13 and will slide back in as the 5th Wide Receiver on the depth chart behind Cedrick Wilson when he is activated. While this doesn’t leave a ton of meat on the bone for Brown, he has managed to secure at least 1 target in every game since week 5 and finished with 53 yards on 6 catches (9 Targets) on Thanksgiving against the Raiders.

Malik Hooker missed last week’s thumping of the Washington Football Team, but was back at practice on Wednesday and was removed from the COVID-19/Reserve List. Hooker has logged 41% of the available defensive snaps for the Cowboys this season, serving as a valuable depth piece that has provided solid play when called upon.

On the season, Hooker has racked up 38 tackles (one for loss), one interception, and two passes defended. He has been heating up as of late, finishing with five or more tackles in three of the Cowboys' last five games. The return of Hooker paired with Donovan Wilson’s return last week gives the Cowboys some insurance in the secondary for the home stretch of the regular season.

Trysten Hill was activated from the COVID-19/Reserve List on Wednesday and will return to his backup Defensive Tackle role. Hill is a guy that hasn’t quite lived up to his second-round draft status and has had a tough time producing in the small amount of playing time he’s earned over his first three seasons.

Hill has been on the field for 40% (110) of the available defensive snaps this season, totaling nine tackles and three pressures. Hill didn’t see any action until Week 10 so he is still trying to play catch up and get his feet and conditioning back to where it needs to be.

WR TJ Vasher and OT Josh Ball were designated to return from the IR and RB Ja’Quan Hardy and WR Brandon Smith returned from the COVID-19/Reserve list.

Tyron Smith?? That’s the big one.

Cowboys forever ! if the offense can get it together and protect dak ….we superbowl bound 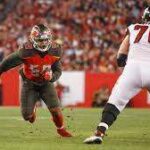 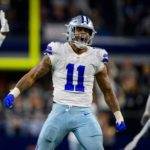