Avenging a loss to the only team that’s successfully kept him out of the playoffs in three years as the Cowboys starter, Dak Prescott lifted his team to a Wild Card win over the Seahawks and into the Divisional Round at the Rams. Tallying yet another fourth quarter comeback, Prescott drove the Cowboys for a winning score to finish his night with 226 yards and a touchdown each through the air and on the ground.

Surely the Rams will be more prepared for Prescott than they were when the 135th overall pick made his debut in the preseason of 2016.

Blissfully unaware of the role Prescott would command from that night on, the Cowboys watched their rookie quarterback complete 10 of his 12 passes for 139 yards and two touchdowns. After Lucky Whitehead returned the opening kickoff for a score, the Cowboys forced a punt and handed Dak the ball – completing six passes in a row to put Dallas ahead 14-0 on a Dez Bryant touchdown.

The Cowboys know the environment on Saturday night will be nothing like that Monday Night Football preseason contest, no matter how many of their California-based fans invade the Coliseum.

They also know Prescott is hardly the same QB that captivated a national audience for much more than just the preseason in 2016. It’s hard to understate the importance of how much the Cowboys’ players believe in Prescott, the idea of which was novel in a rookie season that ended in this Divisional Round after 13 regular season wins.

The Cowboys hope at advancing through the playoffs lies in Dak Prescott and Head Coach Jason Garrett. Yes, even with the trendy Sean McVay coaching across from Garrett this weekend, Dallas can win this match up across the board.

There’s Passing Game Coordinator Kris Richard – putting three HC interviews behind him earlier this week – leading a Cowboys defense against a Rams offense he saw while in Seattle. Garrett and Offensive Coordinator Scott Linehan are preparing against a Wade Phillips defense that was of course featured in Dallas over Phillips’ time as head coach.

All signs point to the Cowboys being within a few plays of the NFC Championship Game for the second time in three years, trusting Prescott to once again make these plays. The Rams also have a great system in place for their 2016 draft pick at quarterback, first overall pick Jared Goff – seeking his first playoff win.

Struggling through last year’s playoff loss at home to the Falcons, both QBs are looking to prove they can lead their teams deep into the postseason, but I wouldn’t expect a shootout between these offenses.

The Cowboys have slowed some of the top scoring offenses in the league this season at an incredible pace. They lead the league in points and yards allowed per game against top five offenses, as well as yards per play conceded. 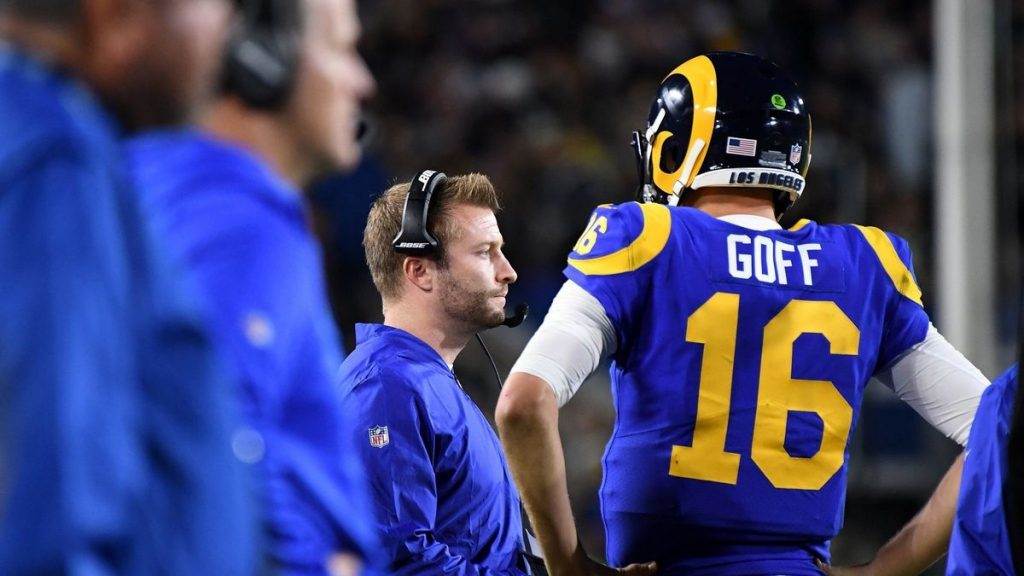 The Rams’ high-flying attack? Second in the NFL at 32.9 points per game, scoring 31 and 48 respectively in their last two regular season wins.

On defense, the Rams deploy the best defender in the league up front with Aaron Donald primed to make Saturday a long night for Joe Looney and Connor Williams.

Prescott may have to rely on his legs at a critical point in the game in LA. His scrambling ability made the difference against Russell Wilson and the Seahawks, and could again on the road this week.

These Cowboys aren’t the same team as two years ago. What they share in common is the same bonded feeling that this group can be special. The seeds of this team becoming a Super Bowl contender were planted underneath the California sun in August of 2016. Dak Prescott is primed to return to this very field and prove how much he’s grown as the assured starter of America’s Team.

Tell us what you think about “The Dak Prescott Revenge Tour Returns to LA Coliseum Vs. Rams” in the comments below. You can also email me at Sean.Martin@InsideTheStar.com, or Tweet to me at @SeanMartinNFL!