The Dallas Cowboys may have been heavy favorites heading into this week's matchup against the Philadelphia Eagles, but we all knew that this was going to be a slobber knocker from start to finish regardless of who was favored. That's exactly what we got!

It was far from the performance we're expecting from the Cowboys, but they were able to hold on to sweep the Eagles this season. It may have taken an extra offensive drive in overtime, but a win is a win no matter how you go about earning it. That's my way of thinking anyway.

Today, I want to take a look at what I believe to be The Good, The Bad, and The Ugly for the Dallas Cowboys in their second head-to-head meeting with their division rival, the Philadelphia Eagles. As always, please feel free to share your own thoughts and opinions in the comment section located at the end of the article.

I'm not going to beat around the bush. Wide Receiver Amari Cooper was without a doubt the good yesterday afternoon against the Philadelphia Eagles and helped the Dallas Cowboys sweep them for the season. He is the Cowboys WR1 and should be given the majority of the credit for their mid season turnaround.

Earlier this week I wrote about how Amari Cooper and Ezekiel Elliott would be the key to beating the Eagles, but never would have imagined he'd do it by catching three touchdowns and going over 200 yards receiving. But, that's exactly what he did!

As good as Amari Cooper was though, Michael Gallup possibly could've had a similar night of production. Once again Dak Prescott and Gallup missed a few opportunities on some wide-open throws that would've gone for touchdowns, but thankfully the Cooper/Prescott connection is going strong. 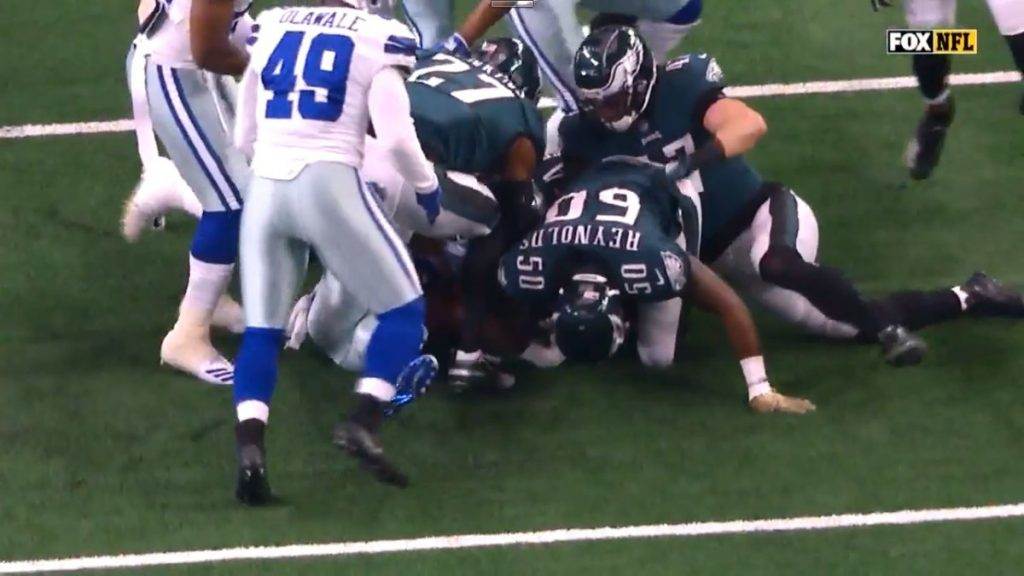 Initially while watching the game I was going to put Dallas Cowboys Quarterback Dak Prescott in this category, but his clutch performance to close out the game changed my mind. So with that off the menu, I decided to go with the deplorable officiating as the bad this week against the Eagles.

Whenever the Dallas Cowboys play you can bet there is going to be some really poor officiating, but what we saw yesterday was absolutely terrible. It started early in the game on the opening kickoff when returner Jourdan Lewis fumbled the ball. The Eagles clearly recovered the fumble, but not in the eyes of the officials.

That was a little hard to say as a Cowboys fan, but we all know it's true. The officiating didn't really get any better from there either. In fact, it might've gotten even worse. There were plenty of questionable calls to go around both against and for the Cowboys. Just about any one of these calls impacted the game in a huge way and we as fans deserve better from the NFL.

I may not have gone with Dak Prescott as the bad this week against the Philadelphia Eagles, but that doesn't mean I have forgotten he pretty much single-handedly kept them in the game. That is why his performance yesterday is the ugly for me for the Dallas Cowboys.

Prescott was all over the place yesterday. His inaccuracy is really starting to hurt this offense. Both of his interceptions probably should've been easy completions, but that just wasn't the case. He also added another fumble to his resume. I believe he's fumbled the ball 12 times this year alone and failed to recover half of them.

He did kind of redeem himself though. In the first time in his career he threw for over 400 yards with a game-winning TD, but that still doesn't excuse the gift wrapped turnovers he gave to the Eagles defense. He absolutely has to do a better job protecting the ball moving forward if the Cowboys want to have any chance of finding any success in the playoffs.

What is your Good, Bad, and Ugly for the Dallas Cowboys against the Eagles?