This being the third to last installment of this series, it is safe to say that any trends in Cowboys mock drafts from the world wide web should only continue leading up to April 27th's first round of the 2018 NFL Draft.

Truly at the mercy of the board at 19th overall, let's see how hypothetical drafts fall for the Dallas Cowboys this week.

“The Cowboys invested in the wide receiver position this offseason, but they still have major issues and need some young talent to help out Dak Prescott.”

Like clockwork, rumors of Dez Bryant's pending departure from Dallas have spurred writers everywhere to mock a new pass catcher for Dak Prescott in the first round. Without Bryant, the Cowboys would certainly have the need for a player like Moore, who they absolutely could use anyway as an all-around big play threat. 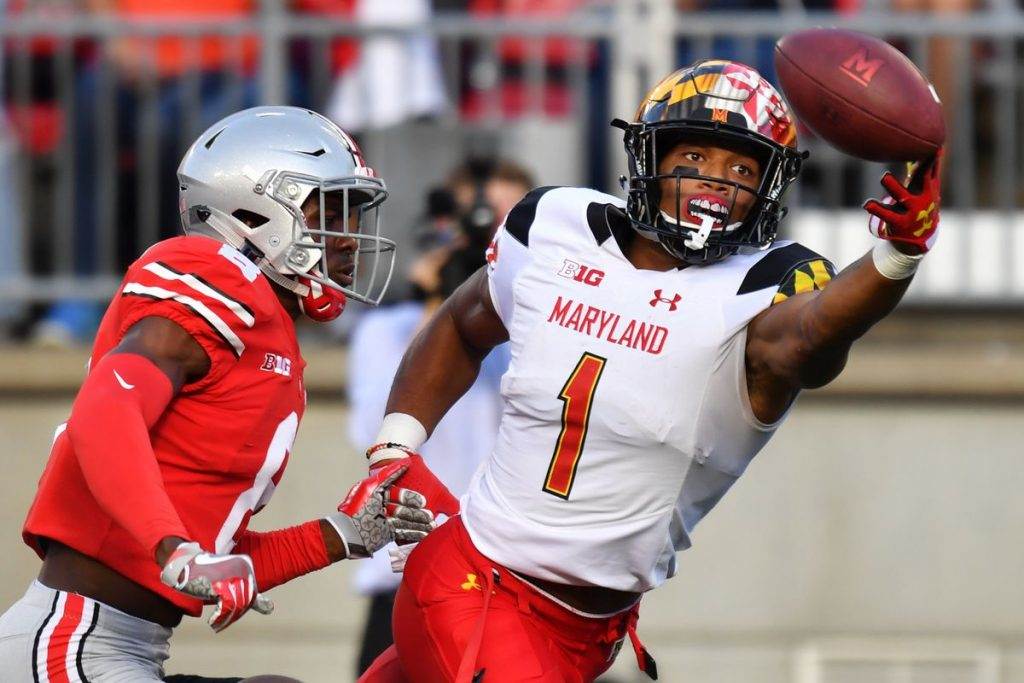 The hype for Moore has been steady this draft cycle, but I like the Maryland wide receiver's chances of being on the board when the Cowboys come on the clock. Whether or not they pull this trigger will be determined no sooner than after the 18th overall pick.

“…the Cowboys could be unable to resist former Alabama interior defensive lineman Da'Ron Payne, who could team up inside with David Irving right away in order to perfectly complement rushers DeMarcus Lawrence, Tyrone Crawford and Taco Charlton.

Dallas already has several promising young pieces in the secondary and on the edge, and Payne might also be the best player available here.”

Da'Ron Payne is a common name for Cowboys followers to keep in mind at the draft, filling a common mock draft theme of this team (holding ten total picks) going for depth at multiple positions with one prospect in the first round.

Even during the far-less-important beginning to this series, it was near impossible to find a Cowboys mock draft somewhere that did not have Michgan's Maurice Hurst as the pick. With Hurst suffering through an unfortunate medical situation that has reportedly taken him off of several teams' boards entirely, this hype has shifted to Alabama's Da'Ron Payne.

Gagnon is spot on with his own analysis above, and we can add that the Cowboys still remain uncertain on the future for DT David Irving. Payne may be looked at as an eventual replacement at the 3T position, with the ability to contribute in 2018 as a nose tackle if called upon.

“In past drafts we’ve seen linebackers like Smith drop. He’s a great player, but there’s an outside possibility this could happen. If so, Dallas should be happy to snap him up with the 19th pick. Although Smith has to figure out how to get off blocks better, there is no better read and react linebacker in this draft.”

A mock draft this late into April that finds the top linebacker available for 2018 at 19th overall is certainly newsworthy. I don't personally believe that Roquan Smith will be on the board after the first 15 picks, but the idea of him joining Sean Lee and Jaylon Smith with the Cowboys is worth considering.

In drafting Georgia's Roquan Smith, the Cowboys would veer slightly from their history of selecting starters in the first round, outweighed by the positives of grabbing a potential star linebacker.

Smith can play all three LB positions, projecting best at WILL – where Sean Lee's long-term status is the most uncertain at this position for Dallas. Should Lee miss any time, the Cowboys should feel great about pairing their two Smith's together on the second level to bring a physicality that this team has lacked for too long.

A first round linebacker may very well be a stretch for this team, but so too is being in position to even draft a top-ten talent here.

As a reminder, I will be covering the 2018 NFL Draft live from AT&T Stadium here at Inside The Star for Cowboys Nation! Between now and the Cleveland Browns going on the clock, we will look at two more week's worth of mock drafts.

Also stay posted for further draft analysis on prospects that could fit America's Team through all seven rounds, as the Cowboys' opportunity to host this draft is right around the corner!

While we've yet to see anyone in a real game this season, there are early signs from training camp, preseason, and other sources of...
Read more
Game Notes

The Cowboys will finish off their run of four straight NFC North opponents when they face the Minnesota Vikings in Week 11. It’s the...
Read more

I would love if roquan fell to us at 19 but like you, I highly doubt it. I do think getting another LB is important because we saw Jaylon be at his best last year when he was able to rotate with Hitch. I also think we should address Sean Lee’s injury history and future replacement and kill two birds with one stone. I think we could get a quality DT in rounds 3/4 with someone like Derrick Nandi from Florida state which makes taking one in the first round feel like a reach to me personally.

Even if smith is gone Dallas should still go LB.. Vandericsh.. (Or however u spell it) would be a nice pick….

LVE isn’t worth 19 to me. I’d rather go with a guard at that point.

agreed if smith falls to us at 19 that would be awesome but i don’t see it happening.

If Roquan falls, no one really believes he will fall to #19. I could see Dallas going up to get him, if he falls out of the Top10 and into the low teens.

Roquon sure, but it won’t happen.

Payne, I’m not sold on at 19 and really am not interested in an Under tackle or 3T at 19. I still think they get a long-term deal done with Irving or they franchise tag him in 2019. And if not Irving, you have Maliek Collins who has proven to be an effective rusher.

Guard or EDGE for me.

I’m even good with trading back a few picks and taking Rashaan Evans in the 1st rd. Patriots is a possible trade partner. Picking up another 2nd or 3rd to go back a few picks.