The Dallas Cowboys clearly needed a starting wide receiver, so they went out and got one. The Oakland Raiders were willing to shop the two time Pro-Bowler and the Jones were willing to pull the trigger. This year, offense has been the problem for Dallas and a WR1 should give the fans a bit of hope for the remainder of the 2018 season, a year in which the division title is very much on reach as it’s only led by a 4-2 Washington team.

There’s no much debate as to whether or not Amari Cooper’s arrival to the team helps the offense or not. Cooper is undeniably better than Allen Hurns or Deonte Thompson and his impact will be immediately felt on the field when the Cowboys play the Tennessee Titans after their bye week.

The concern surrounding this trade has to do with the compensation aspect. Dallas decided to part ways with a first round pick to get Cooper. That’s a lot. It’s hard to justify giving away a first rounder and Cooper will have to try to fix the offense to prove he was worth it. 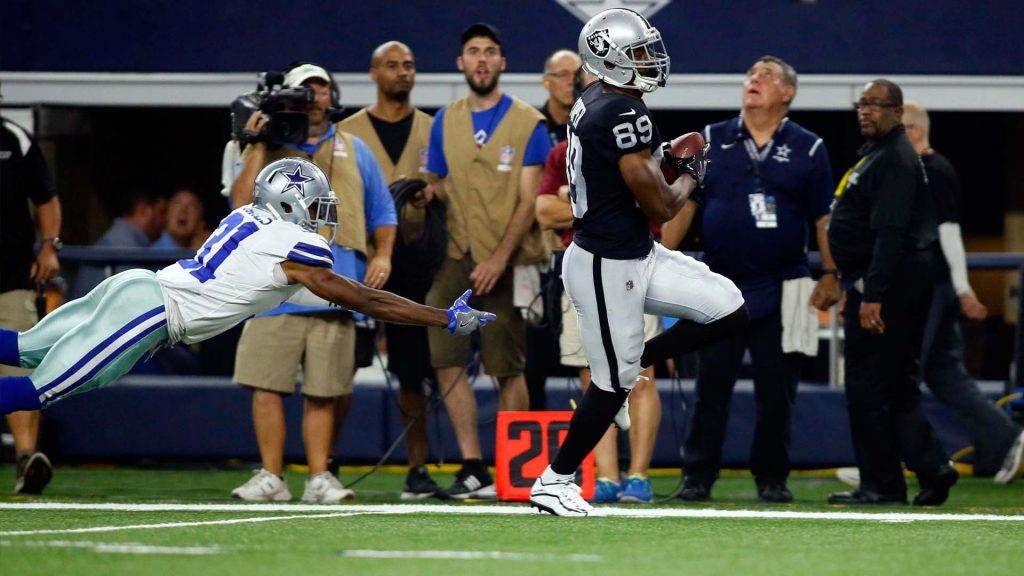 But the meaning of this trade goes deeper than that. Due to Dak Prescott’s struggles in 2018, many are rightfully questioning his future on the Cowboys. Is he the franchise QB we thought he was in 2016 or was he really just a “one-year-wonder”?

Playing his third year as the team’s starting quarterback, negotiation time is not far for the Cowboys and Prescott. So far, he’s not proven to be worth the huge contracts signal-callers have been getting around the league lately.

But this trade is a clear indicator on where the front office stands regarding Dak. They are all-in on him. He’s not going anywhere for a while and they just proved it by trading for Cooper. If the Cowboys were to consider moving on from Prescott after 2018, they would’ve probably saved a first round pick to have the option of going for his replacement on the first round of the 2019 NFL Draft.

Instead, they are getting their young QB a strong weapon for him to throw the ball to.

It looks like Prescott’s play would have to keep regressing in order for this front office to consider making a move here down the road.

Trusting Dak is not a wrong decision here. He might not be elite or even close to being among the league’s best but he should be able to compete with a strong supporting cast around him. Cooper is great at creating separation which will only help Dak connect with him often and open un the passing game as well as the running game.

On the other hand, though, this should put a bit more pressure on Prescott. He’s got a WR1, a great slot receiver and one hell of a running back. He must take advantage of the position the front office is putting him in. There are no excuses now.

Whether or not the Cowboys paid “way too much,” their offense is better today than it was last Sunday. We’ll have to wait until November 11th to watch him and Dak Prescott connect with each other. With a little bit of execution, they should have Cowboys Nation feeling better about giving away a first rounder.

Tell me what you think about “Trade for Cooper Shows Where Cowboys Stand on Prescott” in the comments below, or tweet me @MauNFL and let’s talk football! If you like football and are looking for a Dallas Cowboys show in Spanish, don’t miss my weekly Facebook Live! show, Primero Cowboys!