The Dallas Cowboys selected Boise St. linebacker Leighton Vander Esch with the 19th overall pick in the first round of the NFL Draft and there are a lot of emotions and reactions surrounding the pick.

The newest Dallas Cowboys' linebacker only has 10,000 followers, I'm sure Cowboys Nation can change that. Make sure you go and follow LVE and show him the LoVE.

Right out of the gate, gotta give you the reaction from inside AT&T Stadium from Inside The Star Staff Writer Sean Martin, who is there covering the draft on location for you, Cowboys Nation.

.@BroncoSportsFB's @VanderEsch38 was selected 19th in the #NFLDraft by the @DallasCowboys, becoming the second #MWFB player to come off the board in the first 20 picks. #LeightonVanderEsch pic.twitter.com/Npg21a4FGJ

The radio home for the Dallas Cowboys, 105.3 The Fan, had the newest Dallas Cowboy on the phone just a few minutes ago.

RIGHT NOW on @1053TheFan — Leighton Vander Esch, "I want everyone to know that my heart and soul is poured into playing in Dallas" #DallasCowboys #NFLDraft

Vander Esch had a tremendous 2017 season, his first season as a full-time starter for the Broncos.

Go ahead Cowboys nation. Throw up. I personally think Leighton Vander Esch has All Pro potential. Have thought that since January. I think it’s a good pick because I believe in the player.

And Jonah looks to provide reassurance.

I’m going to have article out on @NDTScoutingLLC tonight about Leighton Vander Esch to DAL and why I am a FAN of the pick. I LOVE the player… which is why I have faith in the selection. Don’t jump off the ledge, Cowboys fans.

Cowboys got their target in Leighton Vander Esch. Smith, Lee and LVE is a great trio at linebacker for Dallas. pic.twitter.com/eF8qQFl8Au

Jon Machota always gives us some good videos of players during training camp, but here's a good one of Leighton Vander Esch.

Highlights don't always tell the whole story, but they are fun to watch and LVE has a pretty good highlight reel.

An interesting little nugget about Leighton Vander Esch's football beginnings that aren't typical for a first round pick.

It seems that the general feeling is that 19 might have been too high for Leighton Vander Esch.

It's not that Leighton Vander Esch is a bad player. It's that there are seemingly other values that were better at #19.

Kevin Turner, from 105.3 The Fan doesn't hate Vander Esch, just wishes they would have gone a different direction.

Boise State University has always been a favorite for the Dallas Cowboys and Leighton Vander Esch is the highest drafted Bronco of the Cowboys selections.

Leighton Vander Esch is the fourth Boise State player drafted by the Cowboys since 2008. Scandrick played 10 seasons with the team. Tyrone Crawford has been a solid starter. DeMarcus Lawrence is a Pro Bowler. #cowboyswire

And tied for the second highest Boise State selection in the school's history.

Some of the reasons why the Dallas Cowboys might have gone the linebacker route early could have been a couple early season results from the 2017 season. They had 30 point losses to the Green Bay Packers and the Los Angeles Rams when both Anthony Hitchens and Sean Lee were on the sideline.

One thing that was evident last year is that when Dallas was down their top two LBs their defense was awful.

When one of them was available they were good. When both were available, they were great. They solidified their LB core for the next decade with LVE and Jaylon.

Leighton Vander Esch is the newest Dallas Cowboy and has potential to contribute from day one. What do you think of the pick? Make sure to let me know in the comments section below!

John Williamshttps://anchor.fm/inside-the-cowboys
Dallas Cowboys optimist bringing factual, reasonable takes to Cowboys Nation and the NFL Community. I wasn't always a Cowboys fan, but I got here as quick as I could. Make sure you check out the Inside The Cowboys Podcast featuring John Williams and other analysts following America's Team.
Previous articleCowboys Draft LB Leighton Vander Esch with 1st-Round Pick
Next articleCowboys en Español: Dallas Selecciona a Vander Esch, ¿Quién Sigue?

The Cowboys signed free agent linebacker Anthony Barr on Wednesday. The door was ajar for Dallas before bringing him in officially, but after James...
Read more
Cowboys News

There's no denying that Leighton Vander Esch has had a disappointing start overall to his NFL career. But based on three key factors, the...
Read more 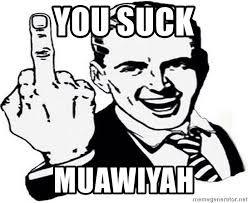 I like this pick. Every WR in the draft was still available at 19, so it is clear the Cowboys were not really high on any of them, and that they have LVE as an impact player. His write-up (link below) is as good as you’ll see at 19. This is a playmaker who will start immediately and has Sean Lee upside potential, so that is good insurance for when Lee becomes a cap casualty.

Now we have to get a couple of project WR’s, and part of this might actually be the Cowboys banking on Gathers. Right now they do not have a dominant WR, but think of Gronkowski’s impact on the Patriots – best receiver as a TE. That might be the idea with Gathers.

They are working this draft best-available, and I still think an OL pick is near. WR, unknown. One or two picks somewhere in this draft.

Maybe now I can get that Jalon Smith tryout at SS… ;^)