They may not have an actual team name yet, but the Washington Football Team will likely be the Cowboys' toughest division test in 2021.

The defending NFC East champs won that crown by default in 2020, finishing just 7-9 in this laughable division. But despite not really being a threat in the 2020 postseason, this team could be a force for years to come.

Washington is loaded upfront. Their defensive line is littered with former draft darlings, including the newly named Rookie of the Year Chase Young. But as good as Young and his 7.5 sacks were last year, he wasn't even the team's best defensive lineman. That was former Alabama standout Jonathan Allen.

So, yes, they are deep on the defensive line.

On the offensive side of the ball they have solid skill talent, led by the dynamic wide receiver Terry McLaurin. Running back Antonio Gibson is a problem to deal with as well, which Cowboys fans will remember vividly from Thanksgiving Day. 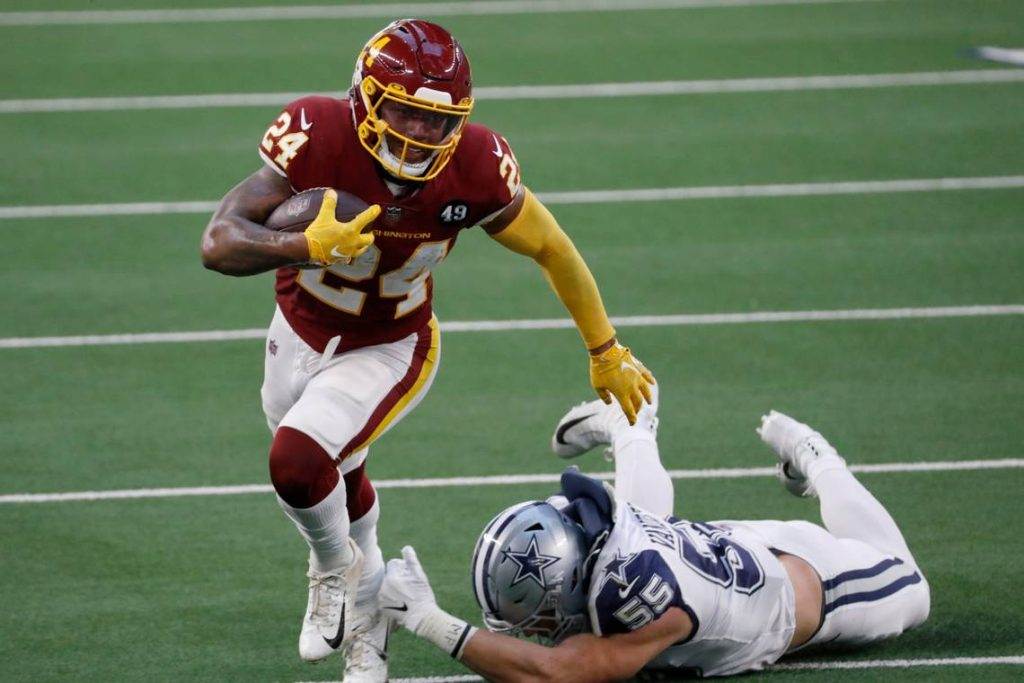 The one area holding them back, though, and the one reason I still feel confident in the Cowboys as the 2021 division favorites, is the quarterback position.

Alex Smith was a really nice feel good story last year, but his play isn't going to ever be at an elite level. Certainly not to the level of the current day Dak Prescott. They are likely in the running to draft a quarterback this Spring, but by accidentally winning the NFC East (I kid), they actually hurt their chances of snagging that franchise guy in round one.

Still, much like last season, Washington sort of earns this “favorite” designation by default.

The Philadelphia Eagles seem lost, looking to trade quarterback Carson Wentz and having fired head coach Doug Pederson. They were awful last season, and look to be on the verge of another rebuild now.

The New York Giants certainly played tough each week under first year head coach Joe Judge, but until they figure out their quarterback position they aren't any sort of real threat in the NFC either.

Ultimately, if the Cowboys stay healthy and meet expectations there's no reason they shouldn't win the NFC East. But they'll have to dethrone the only team to sweep them last season in order to do so.

Kevin Bradyhttps://kevinrobertbrady.wordpress.com
Die-hard Cowboys fan from the Northeast, so you know I am here to defend the 'boys whenever necessary. Began writing for a WordPress Cowboys Blog, and have been with ITS since 2016.
Previous article
Trevon Diggs Needs Help as Cowboys Build 2021 CB Depth Chart
Next article
What’s Next For Cowboys CB Anthony Brown?

Yeah they are , I’m afraid they gonna plunge for either a QB in draft , or worst case scenario, they get D Watson , if I was GM for WFT I don’t care if I have to give 5 1st rounders for Watson , I’m doing it , they got a good team and good coach , all they need is a QB like D Watson and they be whipping us for several seasons , they’d have better overall team and coach and QB , they gonna be trouble for us in future

Agree, if WFT gets Watson and maybe a front line WR, they would be formidable. And the draft is pretty deep in WRs. I would not dismiss the Giants to quickly also. They will have Barkley back next year, and Jones is pretty decent and gaining experience, just has to cut down the TOs. Philly has a lot work to do.

I have to respectfully disagree simply because our defense was so bad that a good college team could’ve scored on us . We get the defense fixed I don’t think there is anybody in our division that can play with us ! That is if we stay healthy!

I like your optimism CF Ed , but if WFT gets D Watson and I know that’s a big IF but if they do get him , they gonna tear us up , in the short term anyways

As far as Giants VAM , I agree that Giants will be kinda tough if Barkley can stay healthy which is a big IF again , the Giants O-Line and D-Line I’d pretty underrated too , I don’t necessarily like Jones but he’s got age on his side at least , and a good arm ,

the Giants would be tough if Barkley can stay healthy