The Dallas Cowboys are no strangers to having high expectations each year. For a team that's only won the NFC East three times in the last ten years, and not consecutively since 1995-96, perhaps these expectations are consistently too high.

Since the start of this team's offseason work, the Cowboys have talked about lofty goals that go far beyond winning the NFC East – a division they currently lead by two games, handily beating the Eagles and Giants in route to a 4-1 start. Head Coach Mike McCarthy has said the only way to build any championship team is to field a team that can win multiple titles. While looking too far ahead, even by a matter of weeks, is almost always a bad idea in the NFL, the Cowboys have a clear window with Dak Prescott as their franchise quarterback. The Giants, Eagles, and Football Team can't say the same about their QB situation, as well as other positions both on the field and coaching boxes compared to Dallas.

With a healthy roster on the field, the Cowboys have made noise early, and been very outspoken about a different chemistry around this year's team. The Cowboys won't play another divisional game until week 14 at Washington, but as early as this Sunday the standings could grow further in their advantage.

Dallas is the only team favorited to win their week six matchup out of the East, playing their first road game since the opener. The Giants and Football Team are home underdogs to the Rams and Chiefs, respectively. The Eagles play tonight against the only team that's stopped the Cowboys so far, the defending Super Bowl champion Buccaneers. The Cowboys draw a Patriots team that's beaten only the Texans and Jets thus far.

If the Cowboys are going to pull away with the NFC East, a division claimed by nine and seven win teams in the last two seasons, could it impact their readiness for postseason play? What did the 2020 playoffs tell us about division success correlating to a deep run?

The Bills and Saints were the only teams to go undefeated in their division last year, both losing to the eventual Super Bowl representative from their conference. The Bills reached the AFC Championship game and lost at the Chiefs. The Saints faced a dreaded third matchup with the Bucs in the Divisional Round, and after beating Tom Brady twice in the regular season could not do so again.

New Orleans wasn't the only team to bow out at the hands of a division rival in the playoffs. The Browns went into Pittsburgh and beat the Steelers in the AFC Wild Card round. With a 4-2 AFC North record, the Steelers entered the postseason with the highest average margin of victory of any playoff team within the division at 16 and a half.

The Seahawks ranked last in this category, going 4-2 in a tough NFC West with a margin of just 7.75. They lost their third meeting with the Rams in the Wild Card after splitting in the regular season.

Division winners did go 3-1 in the Divisional Round, with the Bills and Packers both defending home field in 14-point wins. The Packers were 5-1 in their division entering the playoffs before losing to the Bucs.

Other than never betting against Tom Brady, last year's postseason tells us that meeting a division rival for a third time creates uncertainty. Given the current state of the NFC, it's unlikely the East gets a second team in the field this year.

Another key takeaway from last year that could prove even more important now is the lead each division winner had on their rivals. The Chiefs and Bills pulled away from their divisions in route to the conference championship, while the South and North were much tighter. Their winners, the Titans and Steelers, lost in the first round. In the NFC, the Packers built the biggest lead over the North and hosted the championship game as a result.

With a new 17 game schedule, the Cowboys maintaining their winning ways could create much-needed rest time for key starters. Through five weeks, the Cowboys have stayed remarkably healthy, and can expect key players like DeMarcus Lawrence and rookie Kelvin Joseph back in the coming weeks. There is also the advantage of playing for home field in the playoffs, where the Cowboys offense has regularly taken visitors out of their game plan with big point totals.

The Cowboys winning their first two division games at home by 20+ points marked just the 13th time in franchise history they've won more than one game in a season by this margin against the East. They would need two more to match their record of four such wins in a season, most recently in 1998.

No one knows where this @dallascowboys season is heading. But if you’re a fan, do yourself a favor: don’t fast forward. It’s week 6 of 18. If it’s going to be special, let the whole thing be special. Watch the growth happen step by step. #enjoythejourney

The 1998 season should come as a warning for Cowboys fans to enjoy the weekly success the current team has found as it comes. Despite their dominance in the division, the 1998 Cowboys won the East by just one game over the Cardinals. Though they won the regular season meetings by a combined score of 73-38, the Cardinals bounced the Cowboys from the playoffs in the Wild Card round with a 20-7 win at Texas Stadium.

Getting out of NFC East play may be the best way for the Cowboys to measure where they truly stand this season. This week's narrative would tell you the Cowboys are preparing against the league's standard when it comes to Bill Belichick and the Patriots. New England has struggled to slow opposing offenses with far less firepower than the Cowboys though. Rookie QB Mac Jones has tossed five interceptions, with the Cowboys leading the league in takeaways. 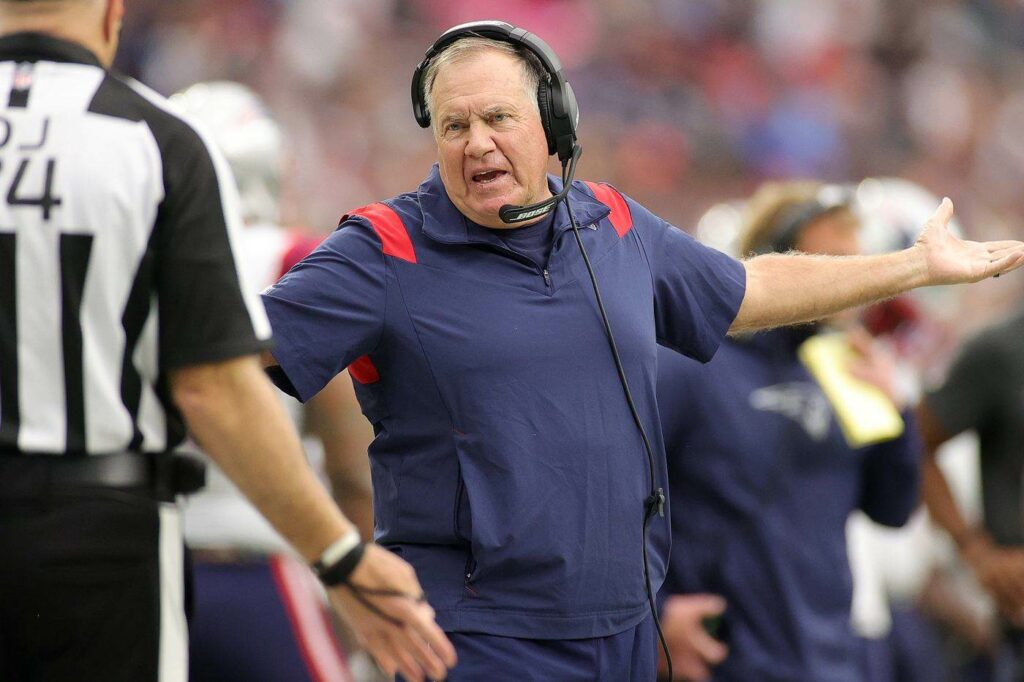 It will take a lot – much more than the Cowboys can accomplish this week or any other singular gameday – for the national perception of this team to change from anything but perpetual underachievers. Having a clear path through the NFC East is great, but the Cowboys have not been in the playoffs for consecutive seasons since 2006-07.

As their five game resume gets stronger by the week, with a road win at the Chargers and close loss to the Buccaneers, the Cowboys can't do anything about this streak in 2021. Should they claim a playoff spot, perhaps this will make them appreciate it just a little more, knowing also that success within a division hardly guarantees anything in a win-or-go-home contest.

I’m curious at to why this forum has so few participants in discussions about these articles,.as opposed to other forums. Not sure if it’s the quality of articles (not comprehensive or interesting enough) ? Not saying that aren’t just curious. i know it is a challenge to offer original content vs regurgitating opinions and stats we can find anywhere.

At any rate. Cowboys just need to take it one game at a time. The division stuff will take care of it’s self. Just work at improving each game. Had a great draft. FA signing were spot on and the coaching staff is doing a great job with all the units.

Hey gary b, just a thought, perhaps there would be more comments If the Cowboys were playing badly.

Yes, the NFC East does get knocked, and with good reason. It is the weakest division in the league. That doesn’t preclude us from continuing to build on our great start THIS YEAR and being real contenders for the PS.

VAM- You could be right about that. The complainers and doomsday guys tend to be more prevalent on these sites then the optimists. Not saying you can’t and shouldn’t objectively assess the team. Just that there are far more negative people then positive people in these forums.