What Roster Spots do the Cowboys Still Need to Fill?

With the first wave of free agency over, the conservative Dallas Cowboys may now get a little more active with players still on the open market. What are the biggest remaining roster needs that they could address in free agency before turning to the 2021 NFL Draft?

Dallas has been scratching the bottom of the free agent barrel after signing Dak Prescott, despite his only counting $22.2 million against the cap for this season. They've gone with their ‘business as usual' approach to free agency, allowing the top talent to sign elsewhere and instead go for the next tier of free agents, sign them to low-cost, one-year deals.

Nevertheless, the Cowboys have managed to sign some worthwhile players who might be starters, or maybe just solid rotational players for the team in 2021.

Where the frustration comes from is the Cowboys having the money and cap flexibility to be able to pay players like Carl Lawson or Patrick Peterson. They've passed on guys who would immediately make the team better, opting instead for cheaper players as one-year rentals.

Thankfully, free agency isn't over.  There are still notable spots that need to be filled before the draft and viable options available.

Adding players like Carlos Watkins and Brent Urban to the defensive tackle rotation should offer more depth. But outside of Antwaun Woods the team lacks a second, true nose tackle.

Urban and Watkins should be able to flex between both tackle spots but both could also end up being camp bodies who ultimately don't even make the final roster. Free agency still has plenty of veteran options available that the Cowboys need to consider.

Players like DaQuan Jones and Danny Shelton are both still available and either one would upgrade the position going into the draft. 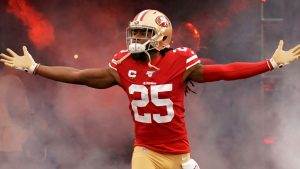 With the Anthony Brown still here and the re-signings of Jourdan Lewis and C.J. Goodwin, the Cowboys have depth at corner. The issue is who's going to start opposite Trevon Diggs at the outside corner position.

Chidobe Awuzie signed with Cincinnati in free agency and more starting corners are being swept up each day; Adoree' Jackson is off to New York, Malcolm Butler to Arizona and Patrick Peterson to Minnesota. Players like Casey Hayward, Darqueze Dennard and Richard Sherman are all still available and would easily become the in-place starter and veteran presence the team needs.

Cornerback is a need the team probably plans to address with either the 10th or 44th overall picks. Still, the Cowboys had one of the worst defenses in the league in 2020 and need to make sure they've got a reliable starter at corner if their draft pick isn't ready for whatever reason.

Signing Tarell Basham is good for depth for two key reasons: the Cowboys, reportedly won't re-sign Aldon Smith, and he's coming off his best season with 3.5 sacks and five tackles for loss. Outside of him, and starters DeMarcus Lawrence and Randy Gregory, the edge rushers on the team are raw.

Dorance Armstrong has flashed but hasn't shown much consistency in his three seasons with the team. Bradley Anae has some high upside but was seldom used in his rookie season. Ron'dell Carter was limited to three games as an undrafted free agent, but the team believed in him enough to extend the ERFA tender.

The Cowboys are likely to take an edge rusher in the draft, even though it's not one of their biggest pressing needs. With players like Carl Lawson and Trey Hendrickson being too rich for their taste, a lesser-known talent like Denver's DeMarcus Walker might come in at the right price.

A need that keeps being experimented with is punt returner. The team hasn't had a consistent, reliable punt return option since Dwayne Harris. Last year's first round pick CeeDee Lamb was the team's primary option in the return game, but as his offensive importance increases then special teams usage should go down.

Special Teams coordinator John Fassel seems to be recreating the same elite special teams he had in L.A. with kicker Greg Zuerlein and the addition of Jake McQuaid as long-snapper. It's possible he could also want to reunite with his former All-Pro returner Pharoh Cooper.

Aside from him, the best return-man of the last decade, Cordarrelle Patterson, is looking for a new home and would be a welcomed addition to both the punt and kick return teams.

It's not a need that gets looked at much, but like free safety, is a need that is continuously overlooked and has underwhelmed.

Shane Carterhttps://dawgpounddaily.com/author/scarter1/
Lifelong Cowboys fan, who doesn’t mind telling the harsh truth. I’ve got a Bachelors Degree in Electronic Media and Communications from Texas Tech University. I welcome all opinions but I will shut down any troll.
Previous articleDan Quinn Already Making His Presence Felt for the Dallas Cowboys
Next articleRumors and Clues Continue Between K.J. Wright & the Cowboys

Micah Parsons is the backbone of the defense; we all know that, but a player who does not get enough credit is Dorance Armstrong....
Read more
Cowboys News

The Dallas Cowboys play their second preseason game tonight against the Los Angeles Chargers at SoFi Stadium. You can watch it at 9 p.m....
Read more

How do you completely overlook LB????
I need an explanation for this!

Shane, agree with everything you said and love your options to fill those holes. I’m an FSU alum so very familiar with Walker. Surprised he hasn’t been more productive in Denver but would be a great addition. The only player I wouldn’t want to add is Sherman. I thought he made too many mistakes last year & still can’t forget that rant.

Lastly, I just looked at KJ Wright’s stats the last two seasons & would love to add him as well. Fingers crossed. Like all Cowboy fans I am ready to turn the corner.

LB is a bigger need then at least Punt returner , maybe even a bigger need than Edge , LVE can’t stay healthy , J Smith is way too inconsistent for what he’s being paid , so whether we fix it by signing KJ Wright or by draft pick , we need to address LB this year

I’d also consider for our DTs , Quinton Bohanna , 357 LBs. of PURE BEEF , he’ll actually need to lose some weight so that he can become a better pass rusher , but he’ll help our run D

I don’t see the Cowboys signing an old veteran for CB. They will use the 10th pick to grab a starting CB in the draft. Surtain would be my first pick. I also don’t see them going after another Free Agent Safety or Linebacker. Those positions will be filled in the second and third round of the draft. From there, look for them to draft two offensive and two defensive linemen. Toward the end of the draft I see them drafting QB Sam Ehlinger. With the remaining picks, they will probably try to get a Tight end, Wide receiver, and punt/kick returner.