The Dallas Cowboys vs Los Angeles Chargers game is approaching quickly. Last week we saw the Cowboys struggle to score a touchdown against the Denver Broncos. Will we see that again, or will the Cowboys learn from their mistakes?

What do the Cowboys need to fix before the next game?

To start, the big problem is penalties. I could rant and shout about how many penalties the Cowboys gather up each game but I'm sure you already know. The Cowboys had a total of 17 flags in the Broncos game. The coaching staff needs to teach their players how to avoid and fix this problem. You will lose every game you play if your team is a penalty magnet.

Another problem that must be resolved is receiving. The team only had 141 yards in the Broncos game. Those aren't good stats. Yes, Cooper Rush had some sloppy throws but you can't win a game with numbers like that. The staff needs to focus on their receivers this week and possibly throughout the season because the wide receivers didn't look good.

Our defense managed to do alright this game, holding them to 17 points with all of the scores being in the 2nd quarter. No sacks or Interceptions though. They need the defense to get a little more aggressive around the edges and put more pressure on the QB.

With penalties and lack of catching skills, it's hard to say that a win this week is likely. An NFL team simply cannot win games with these problems. The coaching staff needs to teach the players how to avoid the penalties they draw while playing. If they can sit down and talk with their players, then change on this matter can occur.

The amount of problems the Cowboys need to fix is larger than the list above. However, if the team can solve their receiver problem and the flag issue this weekend, then they'll be on the path to a great season.

The penalties and the bad QB play by Rush make it hard to assess the receivers. Also, the Ciwboys offense is dependent on stars making plays rather than a scheme creating plays. That type offense is much more difficult for the second level players.

Its a penalty, QB, offensive line problem, not a receiver problem.

Penalties are, for the most part avoidable. The thought that the coaches need to “sit down and talk with the players” about them is only part of the problem. Those players have been playing the game from high school on, so what happens in the “off season”? Do they experience a memory dump every year, or do they just let their attention wander into oblivion. They have to retain what they have learned and build on it. To levy the responsibility solely on the coaches is ludicrous. It’s on the players to pay attention to the proper techniques for their position and stay away from “stupid, brainless” actions that stall drives or gives the opponents additional “life” in their drive.

Looks to me like the Coaching staff is holding back the offense and defense, not letting them to go all out. I get that they don’t want injuries in preseason, and you don’t want to see injuries at any time, but this IS football, after all. You have to let the guys play, 100% all out effort, running the O and D like it was a reg season game. Don’t worry about exposing any O or D schemes, and CERTAINLY don’t “preserve” Dak and Zeke and any other starters. They have to have playing time in preseason. They should be playing as much as anyone else. Holding them out of preseason makes them rusty and stinky at the start of the regular season.

The penalties MUST stop. the O line as a long history of holding calls. The DB’s have a giant target on their backs for the refs to call DPI. They have to improve. The coaches need to have some hard and intense fellowship with the O line to correct the holding and FS penalties; SIT EM if they can’t play their position without holding all the time! They’re suppose to be pros. 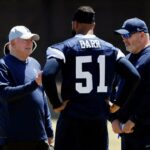 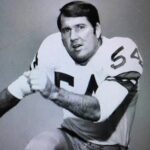