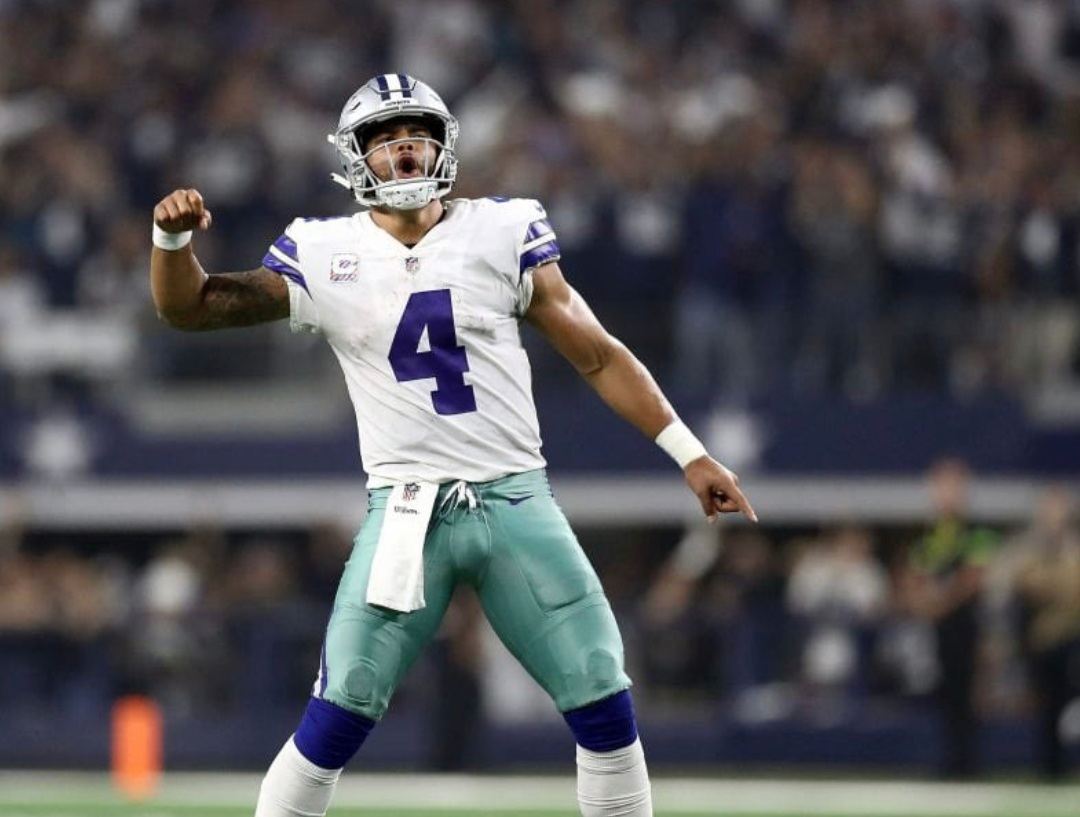 Despite playing just five games in 2020, the Dallas Cowboys franchise quarterback is still getting the respect that one of the best quarterbacks in the NFL should receive. Like Ezekiel Elliott, Dak Prescott finds himself on Pro Football Network's top 100 players in the NFL heading into 2021.

Prescott comes in at number 54 on the list. In a season where he would have played 16 games, he probably comes in a bit higher. Of course, game circumstances dictated the 6,400-yard pace that Prescott was on through five games. However, he was throwing at an incredible clip. He may not have continued to average 400 yards per game, but 300 yards per game passing is likely a pretty reasonable expectation.

Dak Prescott drops a few spots year to year, but thatâ€™s presumably due to the season-ending injury he suffered in Week 5 against the New York Giants.Â Prescott signed a huge deal in the offseasonÂ after lighting defenses on fire before his untimely injury. He appears to be on schedule to start in 2021, and with Amari Cooper, CeeDee Lamb, and Michael Gallup, itâ€™s difficult to see a situation where he doesnâ€™t compete for a passing title this year.

Prescottâ€™s improvements in his footwork led to drastic improvements in his accuracy in 2019. That carried into 2020, along with his propensity to test defenses instead of playing passively. He could very well play his way into contention for the final page of the NFL Top 100 Rankings going into 2022.

I'm sure there will be some that disagree with his standing on this list. However, there's not a quarterback listed behind him that I would take over Dak. Healthy and ready to lead the Dallas Cowboys into contention in 2021, Dak Prescott is destined to see a huge rise in next year's top 100.

I don’t get it? Forbes had him listed number one?

Enough with the platitudes, accolades and lofty predictions. Time for DP to lead this team DEEP into the postseason THIS YEAR. If not, he is a hyped up, overated QB, IMO. Keep the GAUDY EMPTY STATS, give me WINS.