The Dallas Cowboys looming playoff game vs. the Seattle Seahawks features no shortage of talking points, with the team's recent history against one another being put to the test in the postseason for just the second time ever. With a career-high four touchdowns in his final regular season game, Cowboys Quarterback Dak Prescott enters the playoffs for the second time in three years on a high note.

A Cowboys season that could've been wasted through the first eight games has turned dramatically, with the NFC East champions healthy and hungry to prove themselves in the games that matter. To do so, they'll have to advance past a team with the standard of competing in the postseason, led by Seahawks Quarterback Russell Wilson.

Starting his 13th playoff game since 2012 on Saturday, Wilson's reputation as a clutch performer has allowed the Seahawks to retool on the fly. An identity change on defense (headlined by the loss of current Cowboys Passing Game Coordinator Kris Richard) has not handicapped the Seahawks thanks to his arm and Chris Carson's legs.

Similarly, the Cowboys have fielded their best defense in years, allowing Prescott to return them to the top of the division with plenty of memorable fourth quarter heroics of his own. Prescott became the first quarterback in NFL history to throw for 20 or more touchdowns (22) and rush for five or more (6) in three consecutive seasons this year, throwing 12 of these touchdowns over the Cowboys final eight games.

Winning all but one, the Cowboys were tied or trailed entering the fourth quarter three times in games Prescott prevailed. With so many ways to analyze what could be the most polarizing player in all of sports, simply because of his position, the Cowboys starting quarterback is best put into context when compared to the one across from him tomorrow night.

Dak Prescott & Russell Wilson when tied or trailing by a score. Wilson is ridiculous. pic.twitter.com/m1G8qAOh3M

Both teams are exuberantly confident in their quarterbacks, Wilson the Super Bowl champion with 35 touchdowns through the air but none on the ground in 2018. Prescott gaining a rushing advantage on Wilson is a great way for the Cowboys to control the ball against the Seahawks. In their week 17 win at the Giants, the Cowboys used Tight End Blake Jarwin as a receiving threat more than at any previous point previously, offering hope that yet another wrinkle in Scott Linehan's offense awaits.

Ball control was not on the Cowboys side when they turned the ball over three times in the third game of the season, dropping to 1-2 and leaving hostile territory with little identity after being beat 24-13 by these Seahawks.

Be it Prescott mixing things up with his legs or an expected dose of Running Back Ezekiel Elliott, the Cowboys are hardly the team that lost to Seattle previously – but so too is that Seahawks team. Both sides relied on stability from the quarterback position to get through early struggles, the Cowboys jump starting their entire offense with the addition of Amari Cooper.

As easy as it is to forget about any game Prescott played this season without Cooper, there's the fact he won the final two games of the regular season despite Cooper having only nine receptions for 51 yards and no touchdowns.

The time will come to have a deeper discussion on where Dak Prescott stands through three full seasons as the Cowboys starter, be it as soon as Sunday night or after the Super Bowl. As the starter of a team forced to rally around each other and handle each week like its own playoff game, focusing solely on the Seahawks would be ideal. 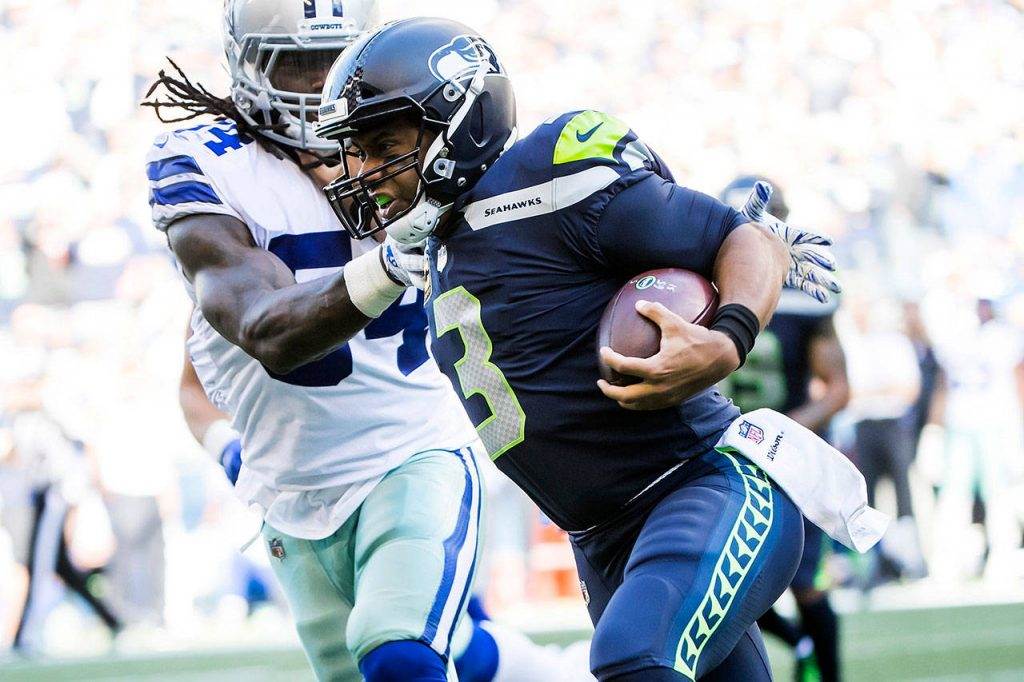 A Seahawks team with a championship pedigree that the Cowboys will host with an advantage at QB, thanks to Prescott and his recent stretch of play. It just feels right that these two teams will cross paths again at this point in the season, and the Cowboys will be ready with #4 under center as always.

Throw on 1st down be short on 2nd and 3rd down will maximize our assets on O. Throw deep a post or studder with Coop or Beasely will keep Seattles D honest. Pressure Wilson into somesacks, hurries, fumbles and INT’s. Bon Chance mi Cowboys! 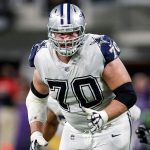 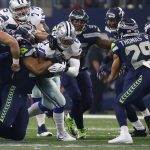