In less than a month, AT&T Stadium will play host to one of the NFL's most anticipated spectacles. The Dallas Cowboys will be the “home team” for a 2018 Draft that could serve as their moment to establish dominance in the NFC East once again.

Already improved at multiple positions of need through free agency, the Cowboys hold ten total picks in this draft. With free agent acquisitions being reflected in recent mock drafts, some familiar blue chip prospects remain projected to the Cowboys. 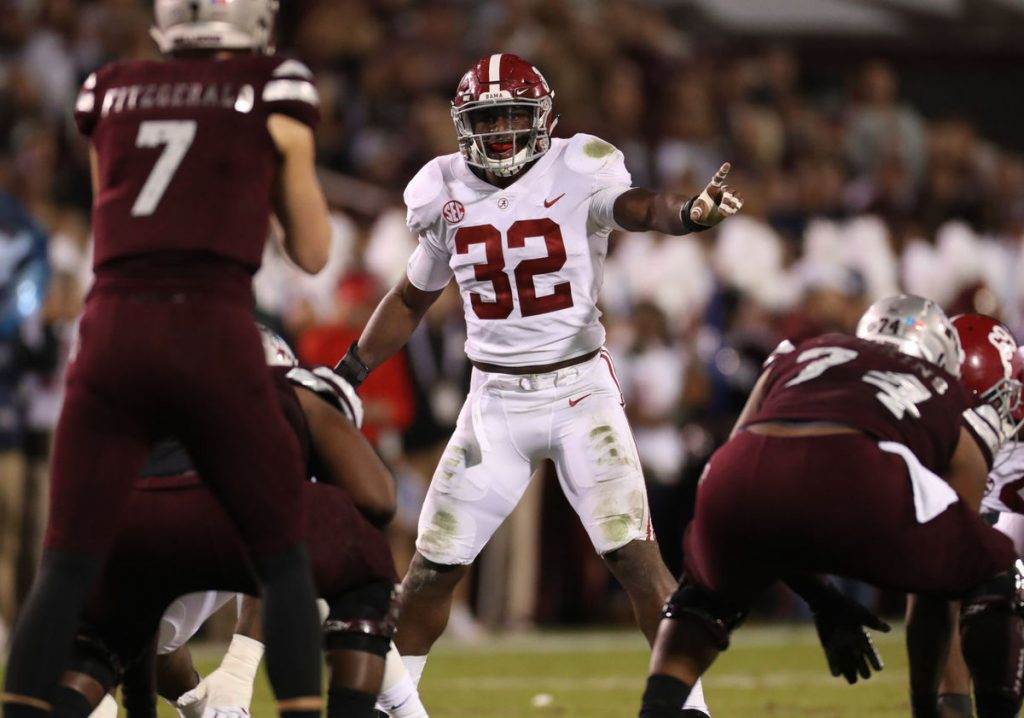 “With pick No. 19 overall, Jerry Jones and Co. can address a number of positions, but I keep hearing they're connected to linebacker.

Rashaan Evans can do it all—NFL clubs have asked him to play outside linebacker or edge-rusher. In Dallas, he's a natural to replace departed free agent Anthony Hitchens and adds youth and speed to a defense that's being rebuilt well through the draft.”

Rashaan Evans is among the Cowboys' first wave of announced 30 visits. The team's interest in this Alabama LB makes a lot of sense, as Anthony Hitchens' departure leaves big shoes to be filled by both Sean Lee and Jaylon Smith.

Mixing in an athletic stud with the speed and instincts of Evans would benefit the Cowboys greatly. I've personally been critical of the value the Cowboys would get out of Rashaan Evans in the first round, but compared to other linebacker prospects that will be available Evans has the highest upside.

“Adding more talented options for Dak Prescott may still be a priority, but the top one now is bulking up the middle of the defensive line. By adding Payne, Dallas could quickly establish itself as a team with one of the best defensive fronts in the NFL.”

Da'Ron Payne is yet another Alabama defender that has been frequently mocked to the Dallas Cowboys this offseason. With Stephen Jones already publicly saying the Cowboys would only consider a 1T DT early in the draft if that player has the traits to also play as a 3T, Payne — like his teammate Evans — would make a lot of sense at 19th overall.

Capable of using his raw strength and excellent pad level to rush up the field or hold the line of scrimmage, Payne would further help the Cowboys unleash their franchise player in DeMarcus Lawrence off the edge in 2018.

Whether or not the Dallas Cowboys are still in the market for a WR early in this draft after signing both Deonte Thompson and Allen Hurns remains to be seen. A group of pass catchers that was heavily criticized for their lack of performance in 2017 is suddenly a much improved and deeper group on paper for 2018.

A rookie talent like Moore could undoubtedly put the Cowboys passing game over the top entering year three for Dak Prescott. The dynamic target out of Maryland has been a popular prospect for Cowboys Nation to follow since the start of “draft season”, and it is interesting to see his name remaining relevant here with less than 30 days until the Cowboys go on the clock.

The Cowboys have not drafted a player from Alabama since 2001, but their recent history of targeting big school players along with the prominence of Crimson Tide prospects that could help them at the top of this draft could change that very soon.

WR Calvin Ridley may be the name that begins fading from Cowboys mock drafts, but I would expect to see even more of Rashaan Evans and Da'Ron Payne on a weekly basis. At the very least, all three positions looked at here are still ones of need in Dallas – which won't change in any significant way from now until draft night.

In 2011 Garrett went to USC to watch Tyron Smith. In 2016 Garrett went to Ohio State to watch Zeke Elliott. Now he is headed to Alabama. Imo I see the Cowboys moving head of Baltimore. Just my two cents worth.

I think they are looking at several options, in their visit to Alabama, but DaRon and Calvin are the top two. It would seem that DaRon has the inside track, since we brought on 2 WRs and reinforced our O-line. Question: Is Rashaan Evans a good pick at #19? I think DJ and DaRon are legit @ 19, but Evans, not so much.