The Dallas Cowboys will kick off December with a home, primetime matchup against the Indianapolis Colts in Week 13.

After trading Carson Wentz to the Washington Commanders, the Colts were forced to trade for another starting quarterback for the second straight season. This year, Indianapolis acquired Matt Ryan from the Atlanta Falcons.

Ryan has spent the last 14 seasons with the Falcons, throwing for 3,986 passing yards, 20 touchdowns and 12 interceptions last season. He completed 66.9 percent of his passes and recorded a 66.9 passer rating.

The Colts are led on defense by linebacker Shaquille Leonard. He recorded 11 takeaways last season, including eight interceptions. Alongside him is fellow linebacker Bobby Okereke, who made 89 tackles last season.

Indianapolis' defensive line is led by defensive tackle DeForest Buckner, who tallied seven sacks in 2021. Kwity Paye enters his second season as an edge rusher for the Colts alongside Yannick Ngakoue, who was traded from the Las Vegas Raiders in the offseason.

The Colts significantly upgraded its secondary when they signed Stephon Gilmore from the Carolina Panthers. He'll line up alongside Kenny Moore, who emerged as one of the NFL's top slot cornerbacks last season. Nick Cross and Rodney McLeod will back them up at safety.

Frank Reich enters his fifth season as Indianapolis' head coach, having gone 37-28 with two playoff appearances in the last four seasons. The Cowboys will face the Colts on Sunday, Dec. 4, at 7:20 p.m. on NBC.

Student at the University of Oklahoma. Reporter for OU Daily. Junior Writer for Inside The Star. Contributor for Guns Up Nation.

I don’t think the colts LB name is Shaquille, unless he changed his name!? The last I heard though, his name is Darius Leonard 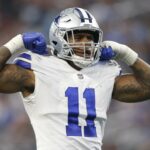 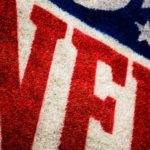