3 CB the Cowboys Could Draft in the First Round

The Dallas Cowboys will have the 17th pick in the 2020 NFL Draft. One of the areas of focus will be to buffer the secondary, which has been a weakness for a while. All-Pro Byron Jones is set to hit the open market, even though he will be a priority to be retained going forward. Jourdan Lewis shined after starting the season as the team's fourth corner. Chidobe Awuzie took a step back this season and Anthony Brown is also set to hit free agency after suffering a torn tricep.

With a few questions to be answered the Cowboys will be looking to upgrade at the corner position. Here are three prospects they could snag in round one. 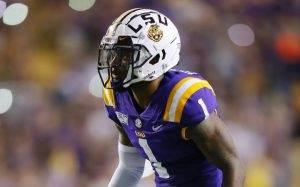 Kristian Fulton only appeared in two games for LSU as a freshman in 2016. After being busted for tampering with a drug test for performance-enhancing drugs, Fulton was suspended for the entire 2017 season. In 2018, he appeared in seven games logging 16 tackles, six passes defended, a forced fumble and an interception. This past season, Fulton took his game to another level with 38 tackles, 14 passes defended and an interception. This got him selected second-team All-SEC. He'll be a name to watch when the Cowboys pick at 17. 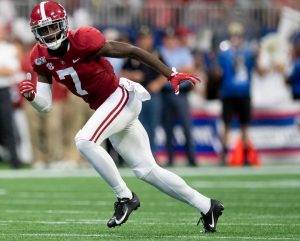 Trevon Diggs out of Alabama is another name to watch at 17. Diggs was having a good 2018 season before suffering a broken foot that sidelined him. He did finish with a respectable 20 tackles, six passes defended, an interception, and a forced fumble. This past season, however, Diggs took it to another level. He finished with 37 tackles, eight passes defended, three interceptions, two fumble recoveries, and a touchdown. Diggs would be named first-team All-SEC for his efforts.

Pros: Standout in zone coverage. Love his ability to squeeze zones and flip from the field to the boundary. Has an astute understanding of coverage spacing and how to layer zones. Does some impressive things in press coverage and he’s willing to crowd routes early. He has to redirect pop in his hands and generally does well to jam at the release. Patient footwork and he rarely gets antsy. Has made some alpha plays on the ball breaking forward on it. More fluid than expected for a corner of his size. Length, size, range and play strength are assets in coverage.

Cons: Disappoints as a tackler and playing through contact, especially for his size. More of a drag down the guy that has some reluctant moments on tape. Ball skills with his back to the line of scrimmage can fail him. In those instances, he doesn’t anticipate the ball's arrival and he gets out-maneuvered at the catch point. She has some tightness to work through during transitions. Can get a touch over-aggressive in press coverage to create jams at the line of scrimmage and allow separation. We will have some matchup restrictions if used frequently in man/off-man coverage. Not immune to committing an occasional false step, usually getting sucked forward. 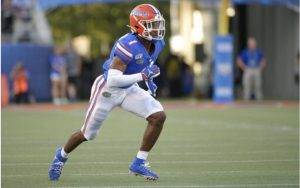 CJ Henderson came to Gainesville in 2017 and immediately made an impact. He logged 22 tackles, four interceptions, four passed defended, and scored two touchdowns, while also receiving second-team All-SEC honors. In 2018 he was again productive with 38 tackles, five passes defended, three sacks, two interceptions, and two forced fumbles. This got Henderson his second consecutive second-team All-SEC selection. This past season, Henderson was stellar with 33 tackles, 11 passes defended, and a sack, which was good enough to garner him first-team All-SEC honors.

Pros: Long, gangly, and lanky frame throughout. Primarily played in an off-ball positioning pre-snap. Possesses arms that are like vines that allow him to play through receivers. Even though his body may not be in proper positions, his arm length and reach enable almost absolute possibilities to make plays on the ball. Arm extensions smother throwing windows and make it hard for throwers to fit balls inconsistently.  He embraces the physicality portion of playing the position and takes pride in being a run defender. Teams often targeted him with using receivers as alley enforcers, Leaving Henderson on an island with a convoy headed towards him. Taking on the challenge, he was consistent with maneuvering through traffic and still making tackles. Showed to have plenty of value as a Blitzer. He was often used on CAT (corner) blitzes and late-down edge pressures.

Henderson essentially catches the ball comfortably almost as if he’s a receiver. Has examples of interceptions at all different area levels. Can attack the ball out of the air, while also scooping it out of lower areas. An added incentive that takes his game to another level because of it.

Cons:  Pre-snap stance involves only a slight amount of knee bend. The type of technique that Henderson attempts to execute puts a lot of stress on his consistency of being able to collision wideouts a few moments into routes. Relies on collisions in order to delay route timing and knock targets off of their intended track. Plays high and his eyes often get caught with looking back at the quarterback prematurely.

A body that’s far from filled out, his lack of strength and mass within his body shows up in certain parts of his game. Continuing to add weight should be seen as essential. Otherwise, physical receivers who aren’t afraid to get handsy with defenders could potentially have their way with Henderson during route stems and while competing during running plays.

If the Cowboys want to upgrade the corner position with the 17th pick, it's easy to see, the talent is there.

Matthew Lenixhttps://mlenixsctx.wordpress.com/
I write dope stuff about the Dallas Cowboys and what not.
Previous article
WR Dez Bryant Wants To Play For The “Blue And Silver”
Next article
Cowboys Punter: Time to Give Chris Jones the Boot?

Naughty or Nice: Who balled, Who flopped against the Eagles

First off, I want to wish everyone a Merry Christmas. I hope you all spend time with your loved ones and enjoy some NFL...
Cowboys News

On Wednesday night, the NFL announced 2023 Pro Bowl selections, and seven Dallas Cowboys were on the list. https://twitter.com/dallascowboys/status/1605732163319496704 Among the seven players selected are four...

Damon arnette. Ohio state. Kid played with a cast on his arm half the year and still put up numbers these guys did. He’ll be a 3rd rd steal. Mark my words. He’s just as good as Denzel ward and he went 1st rd to browns 2 yrs ago.