Though the 2017 Dallas Cowboys' season has come to a close, there is one final game to be played for a few of the best players on the roster. One final chance to see your favorite Cowboys play with the star on their helmet before the 2018 offseason is in full swing.

Of course, I am referencing the 2018 NFL Pro Bowl, which will be played Sunday, January 28th in Orlando, Florida.

The Pro Bowl has gone back to the traditional NFC vs. AFC format, meaning each of the current Cowboys participating in the game will be on the same team.

Initially, four Cowboys players were selected to the Pro Bowl, each playing at the line of scrimmage. Due to injuries, both Offensive Tackle Tyron Smith and Guard Zack Martin will not participate in the game. This left just Center Travis Frederick and Defensive End DeMarcus Lawrence to hold it down for Dallas in Orlando. 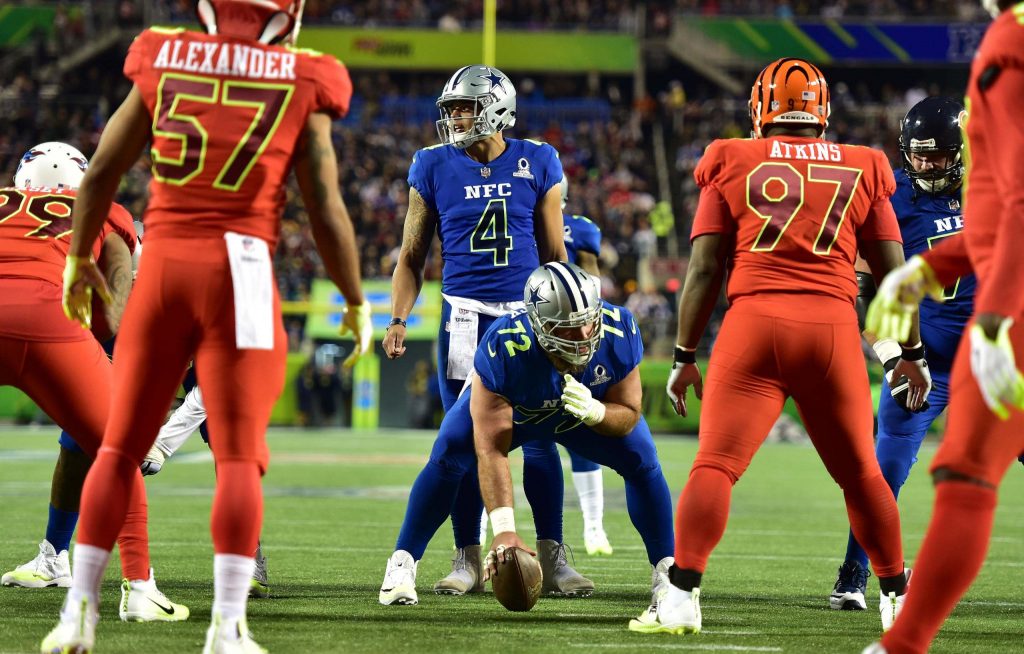 It was then announced Tight End Jason Witten would replace Eagles Tight End Zach Ertz in the game, giving the Cowboys three active players all together. This is quite the drop off from last year's Pro Bowl, when the then 13-3 Cowboys sent seven players to the game after all alternates were named. Their coaching staff also led the NFC team in 2017, due to their divisional round defeat.

Of course it's hard for Cowboys Nation to have much of a gripe with the selections, considering how disappointing the team was in 2017. Even with the drop off, however, the Cowboys were still just two off from the NFC lead (Eagles/Saints with 6).

Hopefully, next season sees more Cowboys selected to the game, but none playing due to a much bigger Super Bowl to be played a week later. Wishful thinking, I guess.

Kevin Bradyhttps://kevinrobertbrady.wordpress.com
Die-hard Cowboys fan from the Northeast, so you know I am here to defend the 'boys whenever necessary. Began writing for a WordPress Cowboys Blog, and have been with ITS since 2016.
Previous article
Cowboys Must Keep Pushing Towards the Next Era
Next article
Cowboys Must Help DT Maliek Collins Bounce Back in 2018

Yesterday afternoon was the first Sunday without a real football game since August, yet I watched the new Pro Bowl games. It was even...
Cowboys News