To say the Dallas Cowboys have their backs to the wall would be an understatement. They have lost six of their last nine games and are barely holding on to a one-game lead in the NFC East with a 6-6 record over the 5-7 Philadelphia Eagles. Definitely not the kind of season anyone expected after making the playoffs a year ago.

Now, they head to the Windy City to face the Chicago Bears and their seventh-ranked defense (seventh vs the run, ninth vs the pass). This will be a test of strength vs strength as the Cowboys bring in the NFL’s top-ranked offense. As they look to keep the Eagles in their rearview here are three key players to watch for the Cowboys vs the Bears. 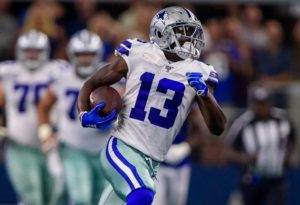 Michael Gallup showed tremendous upside in 2018 as he totaled 33 receptions for 507 yards and two touchdowns in his rookie season. This season, he has taken his game to another level as the second-year pro has already registered 49 receptions for 796 yards and three touchdowns. This puts him in prime position to reach 1,000 yards with four games left.

It’s been reported that Cornerback Prince Amukamara is doubtful to play in this game for the Bears. Even if he is able to play he won’t be 100%, which plays into Gallup’s favor. In a game that could see the Cowboys struggle somewhat against a good run defense Gallup needs to take advantage of this secondary for the Bears being a little wounded. I fully expect Gallup to be one of the key pieces that could help the Cowboys stop the bleeding of this two-game losing streak. 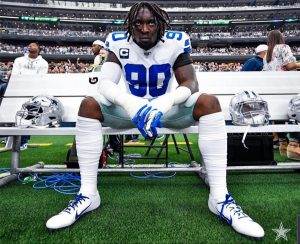 The Bears have one of the worst offenses in the NFL as they rank 29th (28th in rushing, 28th in passing) overall. This is the perfect time for a breakout game from Lawrence. He only has five sacks for the entire season and only a half-sack in the last four games. If he can rattle Quarterback Mitchell Tribusky and help neutralize the Bears rushing attack the Cowboys offense could operate with short fields all night. 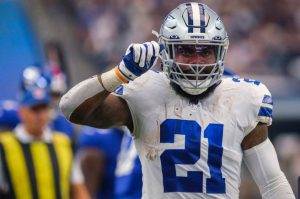 I’ve been beating this drum for weeks now, the Cowboys must get back to establishing Ezekiel Elliott early and often. In the previous two games vs the New England Patriots and Buffalo Bills, Elliott started out strong in the first half with 61 and 56 yards respectively. Unfortunately, he only had eight total carries for 40 yards in the second half as the Cowboys lost both ball games.

Two things travel on the road, your defense and your running game. With the Bears being pedestrian at best on offense getting Elliott involved early and keeping him involved would be a smart strategy. It will wear down the Bears defense and won’t allow their offense to get any rhythm. Ball control offense is the Cowboys philosophy and Elliott is the catalyst.

The Cowboys have little if any room for error in the final month of the season. The Eagles have the easiest remaining schedule in the NFL and are right on the Cowboys heels for the NFC East crown. Will Michael Gallup, DeMarcus Lawrence, and Ezekiel Elliott lead this team to a much-needed win? We’ll find out tonight in Chi-Town.