3 Key Players to Watch in Cowboys vs Bills

The Dallas Cowboys are at a crossroads. Yes, they still sit atop their division, however, they've lost five of their last eight games since starting 3-0 and are in desperate need of a quality win.

The 8-3 Buffalo Bills come into town as one of the biggest surprises of the 2019 season. They possess the NFL's third-ranked defense and are in a position to grab one of the wild card spots in the AFC playoffs. This will be a big challenge for the Cowboys as they look to stay ahead of the Philadelphia Eagles in the NFC East. Here are three key players that can make that happen on Thanksgiving. 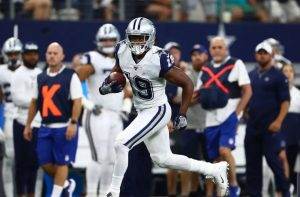 Amari Cooper is having another fantastic season for the Cowboys. He is currently sixth in the NFL with 886 receiving yards and tied for third in touchdown catches with seven.

The last few weeks have been a struggle for Cooper. He managed just 38 yards vs the Detroit Lions in Week 11 and was held without a catch vs the New England Patriots this past Sunday.

It won't be easy vs the Bills who have the third-ranked defense against the pass and a true shutdown corner in Tre'Davious White who hasn't allowed a touchdown all season. If there is anyone who can overcome this and have a big game it's Cooper with his exceptional route running. If he can perform big it'll help set up Ezekiel Elliott and the running game. 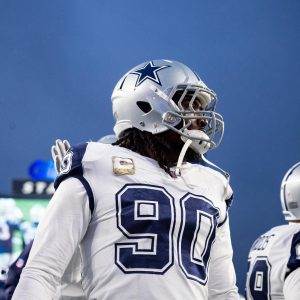 DeMarcus Lawrence secured the bag back in April when he signed his five-year 105 million dollar extension with 65 million in guarantees. He had a very slow start to the 2019 season but has recently shown flashes of the All-Pro we've grown accustomed to.

Even though he hasn't had a sack in the last three games, he's been disruptive at the line of scrimmage and has registered several tackles for loss.

With the Cowboys needing a big win vs a quality opponent the Thanksgiving stage an ideal setting for a vintage performance from Lawrence. If he can help set the tone upfront the Cowboys defense will have a good chance of duplicating their effort vs the Patriots last Sunday. 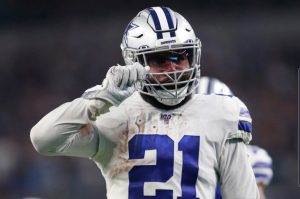 The two-time NFL rushing champion is on pace for over 1,300 yards and double-digit touchdowns this season. Also, he's tied for the second-most 100-yard games by a running back with five.

After back to back subpar performances vs the Minnesota Vikings and Detroit Lions in which he only gained 92 yards on 36 carries, Elliott bounced back with a solid 86 yard outing vs the Patriots, which would've been a lot more had the team not abandoned the run prematurely.

When Elliott goes over 100 yards this season the Cowboys are 4-1. There will be a chance to gain big yardage for Elliott considering the Bills are 14th vs the run and they're allowing 4.4 yards per rush which is 20th league-wide. If Elliott can continuously keep the chains moving it will wear down the Bills defense and control the clock, which is the Cowboys bread and butter.

The Cowboys have to treat this game as a must-win with the Eagles only one game back and in the midst of the weakest part of their schedule. Amari Cooper, DeMarcus Lawrence, and Ezekiel Elliott having big games will be vital on Thursday if the Cowboys are to keep their lead in the NFC East.

Matthew Lenixhttps://mlenixsctx.wordpress.com/
I write dope stuff about the Dallas Cowboys and what not.
Previous articleCowboys 2019 Playoff Scenarios: Week 13 Impact Games
Next articleDallas Cowboys vs Buffalo Bills: Keys to a Cowboys Victory