3 Key Players to Watch in Cowboys vs Eagles

The Dallas Cowboys are one win away from their second consecutive NFC East title and their fourth playoff appearance in the last six years. Even with all the inconsistency that has defined the 2019 season, the Cowboys have stayed atop the division from the outset due to their lackluster competition.

This Sunday, the final roadblock between the Cowboys and the postseason is the arch-rival Philadelphia Eagles. Since November of 2017, the Cowboys have won four consecutive games against the Eagles. Here are three key players that could lead Dallas to victory in the biggest game of the year. 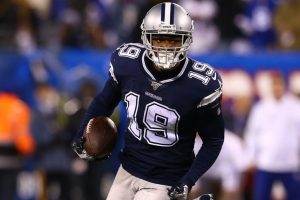 Amari Cooper has been a thorn in the Eagles side since he joined the Cowboys last season. He has racked up 21 receptions for 398 yards and three touchdowns, and more importantly, the team is 3-0 in those games. With that being said, it should be more of the same this Sunday right? Well if we're going by how Cooper has performed on the road this season it might not be so easy.

Cooper only has 23 receptions for 296 yards and three touchdowns away from AT&T Stadium this season. This is certainly not the production you would expect from a top 10 wide receiver in the league. The opportunity to have a big game should be there for Cooper considering the Eagles pass defense has been shaky all year and currently ranks 18th overall. If he were to have his typical game against the Eagles since arriving in Dallas, which is seven receptions for 133 yards and a touchdown, the Eagles will have a tough time keeping the Cowboys offense off the field. 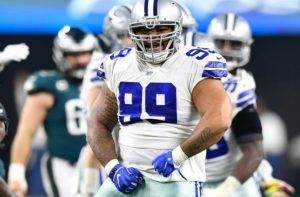 Antwaun Woods is coming off of his best game of the season vs the Los Angeles Rams last week. The anchor in the middle tied a season-high with five tackles which included his first tackle for loss in 2019. He was the main reason the Cowboys held Todd Gurley to just 20 yards on 11 carries and the entire Rams rushing attack to 22 yards on 14 carries.

Woods will need to establish his presence on the interior against the Eagles 11th ranked running game. Also, he'll need to provide pressure up the middle on Carson Wentz and flush him out of the pocket, because as we all know, that's the last place quarterbacks want to see pressure come from. Woods will be key in winning the battle at the line of scrimmage for the Cowboys defense. 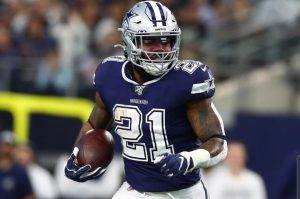 Ezekiel Elliott is coming off his best performance of the 2019 season vs the Rams as well. He went over 100 yards rushing for the sixth time (tied for second in the NFL) and his 160 all-purpose yards were his most in any game all season. This was an extremely encouraging sign considering Elliott hadn't gone over the century mark in five consecutive games.

Now, Elliott will look to continue this momentum against a team he's had tremendous success against. Throughout his career, he has run over the Eagles defense with relative ease. He averages 115 yards rushing and 163 all-purpose yards per game, and more importantly, the Cowboys are 5-0 in those contests. If the Cowboys can establish Elliott early and often they will punch their ticket to the postseason.

The Cowboys are coming off their most dominant performance of the season and will enter Lincoln Financial Field with plenty of confidence. Amari Cooper, Antwaun Woods, and Ezekiel Elliott having big games will be critical to Cowboys wrapping up the NFC East title this Sunday.

Matthew Lenixhttps://mlenixsctx.wordpress.com/
I write dope stuff about the Dallas Cowboys and what not.
Previous article
Cowboys Should “Float Like a Butterfly, Sting Like a Bee” in Week 16
Next article
Slowing Eagles Rookie Miles Sanders Key for Cowboys Defense