Desperate times have fallen upon the Dallas Cowboys. After losing four of their last five games, they're 7-8 and have watched their lead in the NFC East disappear as they are now one game behind the Philadelphia Eagles.

The inconsistent play of the Cowboys has made for a season full of questions and missed opportunities. One minute it seems as if they can play with the elite teams in the NFL. The next, they resemble a team that has no idea what it's identity is. However, a win vs the Washington Redskins this Sunday along with an Eagles loss to the New York Giants would make the Cowboys the champions of the NFC East for the second consecutive season. Here are three key players that can make that a reality. 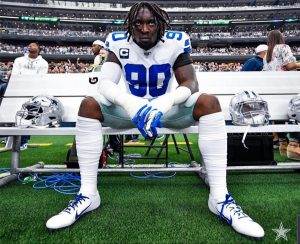 The Cowboys premiere pass-rusher hasn't had the season he had hoped for after signing his 105 million dollar deal with 65 million in guarantees this past April. The man who amassed 25 sacks over the previous two seasons only has five in 2019, with only a half-sack since Week 9 vs the Giants. His numbers in tackles, tackles for loss, quarterback hits, and sacks are all set to be his lowest since 2016.

He had some interesting comments after the Cowboys Week 16 loss to Eagles when asked why they couldn't get the job done.

“Talent without a direction is nothing at all.”

Most took this a shot at Head Coach Jason Garrett, and maybe it was, but DeMarcus Lawrence has to remember that he has to update his resume every year, which he hasn't done in 2019. Lawrence has a chance to make an impact in a game that could send this team to the playoffs even after such an up and down season. The Cowboys will need him to cause havoc on the line of scrimmage vs the run and pressure the quarterback in this one. 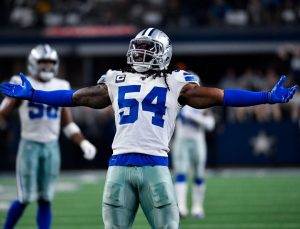 Jaylon Smith came into this season as one of the brightest young stars in the NFL at the linebacker position. His numbers will tell you he's been excellent with 133 tackles, 2.5 sacks, two forced fumbles, and six passes defended. However, he's had issues with missed tackles and play recognition throughout the season. He even at times hasn't looked as explosive as he did in 2018.

Smith will need to take advantage of an offense that certainly hasn't caused any sleepless nights throughout the season. If he can be disruptive vs the Redskins 21st ranked rushing attack it will force them to rely on their 32nd ranked passing offense, which is exactly what the Cowboys want to do. 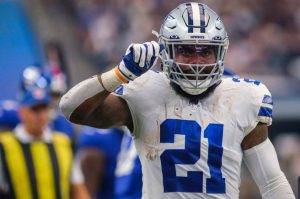 Ezekiel Elliott may not be getting the love other running backs like Christian McCaffrey or Nick Chubb have gotten this year, but he's still had a really good season. He's fourth in the league with 1,235 rushing yards and his 11 touchdowns are good for fifth. Also, his six 100-yard games are tied for second amongst all ball carriers in 2019.

He'll have a great chance to establish himself vs the Redskins whose run defense is near the bottom of the barrel ranking 29th league-wide. The last thing the Cowboys want with a potential playoff birth on the line is to give a lesser team any hope or confidence. Elliott moving the chains on the ground and keeping the Redskins offense on ice will play a big role if the Cowboys are to achieve victory.

The Cowboys can only blame themselves for the position they're in. Now, they not only need to win Sunday, but they have to rely on another team to get the job done vs the Eagles, which they failed to do last week in Philadelphia. DeMarcus Lawrence, Jaylon Smith, and Ezekiel Elliott will be very important in possibly getting the Cowboys to the playoffs.

This is what the team gets! 23 years and counting. It starts at the top. Jerruh, Jason, and many members of the staff. This is a business, not a social club. Any other GM’s had their job with as much failure as Jerry Jones? I think not! Any coach keep their job for 10 years of just below equilibrium results? Not! A team is only as good as its leadership. Jimmy Johnson, The Tuna, and to some degree Barry Switzer. Any coach with a winning pedigree is not kept around too long. Jerry get out of your own way, or time will take you away before you realize you’re the nucleus of the teams poor showing the last 23 years!

Jerry Jones recieving a gold Jacket has done nothing but stroke his ego for all the wrong reasons …The Cowboys have been removed of playing for NFL supremacy an the shades he wers doesnt allow him to see whats really happening with the Team …The COWBOYS as much as i love them are a joke ! When your a Life long Diehard fan as i am it can alter your health during the Football season from year to year ! 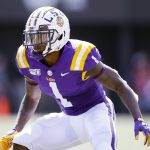 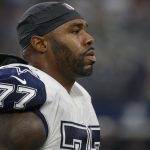