Week two of the preseason is upon us and the position battles continue to heat up. There aren't many opportunities remaining for these players to distinguish themselves from the competition. As the Dallas Cowboys face the Los Angeles Rams in Hawaii, there are several positions that still need to be cleared up.

In the training camp practices, no wide receiver at the back end of the roster was having a more impressive training camp than rookie Jon'Vea Johnson. He was performing so well that he began to see snaps with the first-team offense with Amari Cooper dealing with a foot injury.

After starting out strong, however, Johnson struggled with drops in the Blue-White Scrimmage and then again in the first preseason game against the San Francisco 49ers. Though he bounced back toward the end of the game, which shows a nice ability to shrug off early game struggles, he still finds himself needing to prove himself heading into the second preseason game against the Los Angeles Rams.

Two players that have come on strong of late, and could make it difficult for Johnson to make the final 53-man roster, are Devin Smith and Cedrick Wilson. Both of these guys had really solid performances.

Cedrick Wilson caught three passes on three targets, converting all three passes for first down. He did some nice work on the outside and in the slot before having to exit with a concussion.

Devin Smith, who was able to carry over his preseason performance into practice this week, had three catches for a game-high 54 yards on six targets. He turned his two of his three catches into first downs and averaged 18 yards per reception. He's had a really good week of practice and Bryan Broaddus had this to say in one of his Scout's Eye articles from earlier this week.

“Not a knee jerk statement, but I now see why Devin Smith was selected in the second round of the 2015 NFL Draft. The ability has always been there, but the health has not. As these young receivers fight and claw for every snap, Smith has taken those opportunities and has made the best of them. What I have been most impressed by with Smith's game has been his ability to adjust on the move. There is no question that he has the talent to separate, but I wasn't sure how well he could really track the ball. That hasn't been a problem at all. His vision and hand position have been outstanding, especially when he's had to deal with contested plays down the field. The kid continues to get noticed by the folks I talk with.”

Each of these three receivers has been playing good football over the course of training camp and the preseason. While Johnson may have fallen behind in the race for the fifth or sixth wide receiver slot on the roster, there are still three games and a lot of practices to convince the coaching staff that he belongs on the 53-man roster they take into week one.

When the Dallas Cowboys signed former Houston Texans 3-4 defensive end Christian Covington, the idea was to bring him in as 1-technique defensive tackle depth behind starter Antwaun Woods. He's been one of the veteran names that seemed to be locked into a roster spot but hasn't really been talked about much.

Well, with the play of rookie Rickey Walker, the Dallas Cowboys might have a bit of a competition for the backup 1-technique position.

On the flip side, Christian Covington was able to record a tackle and a half and a stop in his 21 snaps. Only one player had a lower overall grade per Pro Football Focus, along the defensive line than Covington.

With the two having vastly different games, Walker may have played himself into a competition for more snaps in the preseason. He may even find himself on the 53-man roster if he continues to show up in the preseason games. Christian Covington needs to bounce back and be disruptive on the interior.

Through a few weeks of training camp practice and one preseason game, Donovan Wilson has been the more impressive player between the two. Wilson's shown a natural ability to make plays on the football and to be a physical player in the run game. Two things that translated well from his time at Texas A&M.

If Donovan Wilson can continue to make plays on the football in the passing game and be a sure tackler in the running game, it will put a lot of pressure on George Iloka.

The Dallas Cowboys signed George Iloka to offer safety depth at both the free and strong safety positions and it was thought he might be able to push starter Jeff Heath for snaps. So far that hasn't been the case and as Wilson has stepped up his game, Iloka hasn't really done anything to distinguish himself, to this point.

The Dallas Cowboys need playmakers on their defense. Guys who can create turnovers. Through the few weeks of practice and the first preseason game, Donovan Wilson is proving to be more of an asset in that regard that Iloka.

Time and the final three preseason games will tell, but this is one position, I'll be watching in week two of the preseason.

The wide receiver battle is the position that is the most intriguing because there are several directions that the team go could at this point. And we haven't even begun talking about Noah Brown as he continues to sit due to injury.

What's exciting is that there are several other competitions at other positions that we could have talked about. Darius Jackson vs Alfred Morris vs Mike Weber is an interesting battle to watch as well. Cooper Rush distanced himself from Mike White in the backup quarterback competition, but that's far from over. And perhaps the most important position battle is Brett Maher vs himself. He finally had a practice where he made every single one of his kicks, so that's a positive thing. Hopefully, it carries over into the preseason games and the regular season.

The Dallas Cowboys have a lot of talent up and down the roster, which is going to make for some difficult decisions here in a few weeks. The Cowboys coaching staff loves to create competition because they believe it's what ultimately separates players.

Tonight is just another night to watch these and many other competitions play out. 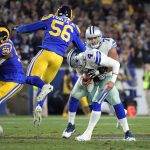 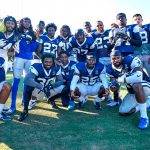