Like any other season, 2020 will bring about new faces and a new direction for the Dallas Cowboys. There are a number of players who were big-time contributors for the Cowboys in 2019 that are set to hit the open market. Of course, every free agent can’t return, but here’s five that the Cowboys should bring back next season. 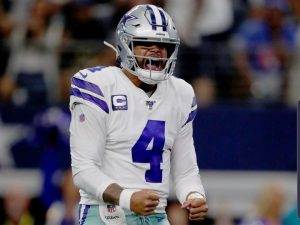 This is the most obvious of them all. Dak Prescott is coming off of his best season as a pro. He set career highs in passing yards (4,902) and touchdowns (30). Now, after betting on himself and not signing a deal during the season, Prescott is set to cash in after a few other of his fellow signal-callers reset the quarterback market.

The Cowboys are determined to get this done quickly, as Executive Vice President Stephen Jones explained recently.

“We’ve got to land the plane and get his deal done,” Jones said, via Jon Machota of The Athletic. “That’s on Jerry and me. He’s our future. I think he stepped up and improved in all ways last year. … We went over this in-depth with Coach McCarthy and he thinks Dak is a top-end, top-caliber quarterback. We can do everything we want to do and more with Dak. McCarthy can’t wait to spend time with him. We’ve got to land the plane on his contract and get him signed up sooner than later. He deserves everything he has coming. We got real, real close there to start the season and just didn’t finish up. He’s so laser-focused on wanting to win football games and compete that he really didn’t want the distraction once we didn’t get it done in that first week of going back and forth with the contract. We just got to move forward. He’s our quarterback of the future. I’ll take him any time when you go to war against these guys. We’re fortunate to have him.” 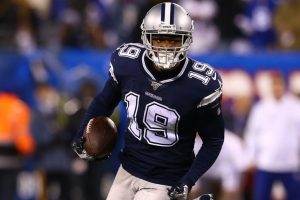 Amari Cooper changed life in Dallas midseason in 2018 when the Cowboys traded their first-round 2019 draft pick to the Oakland Raiders to acquire him. In nine games, Cooper tallied 53 receptions for 725 yards and six touchdowns. He responded in 2019 with another productive season. He set career highs in yards (1,189), touchdowns (8), and yards per catch (15.1). Also, for the fourth time in his first five seasons, he went over the 1,000-yard mark.

Cooper, much like Prescott, allowed the receiver market to reset itself with the mega deals of New Orleans Michael Thomas and Atlanta’s Julio Jones. However, there are some injury concerns with Cooper, especially after 2019. Rather if it was his knee or ankle, there was always something nagging him on the injury front, which could give the Cowboys cause to pause when it comes to a long-term deal.

This could lead to the Cowboys using either the franchise or transition tags (18.5 million vs 15.9 million) on Cooper. The former would lock down Cooper for 2020 and keep all other suitors away, while the latter would give them the right of first refusal to match any offer Cooper receives from another team. Either way, don’t let him out of the building. 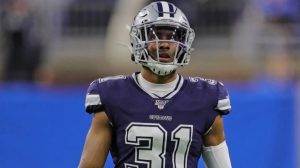 Byron Jones put his name in the hat when talking about the best shutdown corners in the NFL back in 2018. He was named second-team All-Pro after a career-high 14 passes defended. He backed it up in 2019 with another good season despite the team’s struggles.

There are a few reasons why retaining Jones is paramount. One is the regression of Chidobe Awuzie. He took a major step back in 2019 and losing Jones would create a situation where he would be one of your top two corners in 2020, which isn’t the best look going forward. The other reason is the progression of Jourdan Lewis. Struggles and the injury bug put slot corner, Anthony Brown, on the shelf, and Lewis stepped up to the plate. He appeared in all 16 games (5 starts) racking up 51 tackles, six passes defended, four sacks and two interceptions. The combination of Jones and Lewis gives the Cowboys a very good CB1/CB2 combo.

Whether it’s the franchise (16.4 million) or transition (14.5 million) tag or singing him to a long-term deal, don’t let Jones hit the market, period. 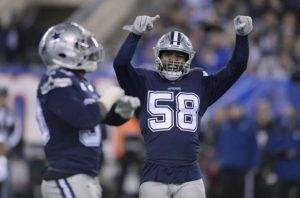 Robert Quinn was a major surprise for the Cowboys in 2019. It started off a little rocky, though, as he broke a bone in his hand and was hit with a two-game suspension in August due to a violation of the PED policy. However, Quinn didn’t waste any time making an impact. Against his former team the Miami Dolphins in Week 3, Quinn recorded his first sack in a Cowboys uniform and sparked a season full of making quarterbacks lunch meat. Quinn would record 11.5 sacks in 14 games, which was the team lead. This included two multiple sack games and recording at least a half-sack in 10. Not bad for only giving up a sixth-round pick wouldn’t you say?

The thought of having Quinn play opposite All-Pro DeMarcus Lawrence for the foreseeable future is certainly something the Cowboys should entertain this offseason. It’s not often a team can trot out two bookends that have the capability to produce double-digit sacks. Retaining the “Black Cobra” as he’s called should definitely be high on the Cowboys priority list. 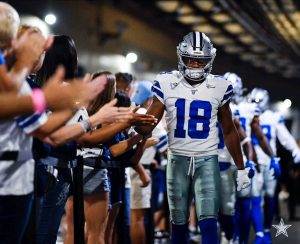 Randall Cobb was brought in back in March to be an upgrade from former slot receiver Cole Beasley who signed a four-year 29 million dollar deal with the Buffalo Bills, and he was just that. As the third option behind two 1,100-yard receivers, Cobb totaled 58 receptions for 828 yards and three touchdowns.

Now, the Cowboys could easily try to find another slot receiver in the draft (which I would regardless if stays) or look for one in free agency, but when you’ve already got one of the best on your roster, why not just keep him in the building? Plus, Cobb played under new Cowboys Head Coach Mike McCarthy in Green Bay for eight years, where he garnered his only pro bowl nod in 2014. Whether it be a one or two-year team-friendly deal, I’d have Cobb back in my receiver room in 2020.

Plenty of decisions will be made in the coming months when it comes to the Cowboys roster. With close to 100 million expected in cap space next season, the organization will have the means to bring all of them back. Hopefully, all five of these players are in the organization’s plans for next season.