The deadline for first cuts isn't until tomorrow afternoon but the Dallas Cowboys went ahead and made their moves. They've waived five players today to satisfy the 85-man roster limit mandated league-wide after tomorrow.

Most of the players are waived with an injury tag, meaning that if they clear waivers the Cowboys can then place them on injured reserve. However, other clubs do have the ability to claim them during the 24-hour window.

The most notable cut here is Ryan Nall. Signed to play fullback and on special teams, Nall has been missing time with his injury and couldn't play in last Saturday's preseason game.

As the only fullback on the roster before, Nall's absence was filled by several tight ends used as backfield blockers and other formations. Waiving Nall could indicate that Dallas will forego the FB position completely in 2022.

None of the other cuts were expected to make this year's roster. Kyron Brown, Ian Bunting, and Austin Faoliu were all holdovers from last year's practice squad. Ty Fryfogle was an undrafted rookie this year but has fallen behind Dennis Houston and KaVontae Turpin in the fight for the bottom of the roster.

Five more cuts will be due by next Tuesday's deadline. We'll see how this week's practice and the next preseason game against the Chargers impact those decisions.

Hadn’t realized Nall was injured. Can’t make the club in the tub, Though, he was projected to be back before the start of the season:
“Nall suffered a deep shoulder contusion during practice this week and is expected to miss up to four weeks, Michael Gehlken of The Dallas Morning News reports.
Impact Nall signed a deal with the Cowboys in April after spending the previous three seasons with the Bears. He’s the only fullback currently on the roster, so guard Connor McGovern has stepped into the role during practice.
AUGUST 4
•
ROTOWIRE”
Makes me think this was a strategic move to get him through waivers and onto the PS. Very few teams will be looking to add plays, much less a FB, right now. 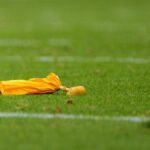 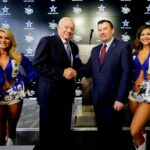