After Cowboys’ Trade for Cooper, Garrett Should Be Coaching for His Job

The Dallas Cowboys have an opportunity, as small as it may seem, to end up in the playoffs come January. The NFC East has been weaker than expected and despide the Washington Redskins leading the division with a 5-2 record, they're a beatable team. Despite a rocky start to the season, the Cowboys turning things around shouldn't be ruled out just yet.

With an offense so bad that it has wasted great defensive performances, the team is actually making aggressive decisions to change things up. Of course, the trade for Amari Cooper has been discussed a lot in Cowboys Nation because of the price the front office had to pay for him and what it means for the team, Dak Prescott, and company.

Although this comes off as a vote of confidence in the young quarterback and the veteran head coach, I would assume that after many years in front of this franchise, it's time Jason Garrett starts actually “coaching for his job.”

Right now, there's more than one problem on this football team, but we can't deny Garrett is a big part of why this team has been consistently struggling. To be quite honest, I wouldn't categorize him as one of the worse in the league, but he's simply not what the team needs right now.

The front office has decided to give him an opportunity on multiple occasions and trading for a premium receiver like Cooper is the latest example of support they've given him. If results are not shown on the field, it really should be the last opportunity he gets.

Even though there are multiple factors as to why this team doesn't hold a winning record today, what will change from 2018 to 2019 that should make the Cowboys trust Garrett for another year?

Right now he's got a legit defense that can match up versus tough offenses around the league, a top of the line running back playing behind a talented offensive line that just had a midseason coaching change, a QB who despite being far from elite has proven to be a tough guy who can help you win games with a supporting cast around him and now, he's got a great receiver in Amari Cooper that will create constant separation. 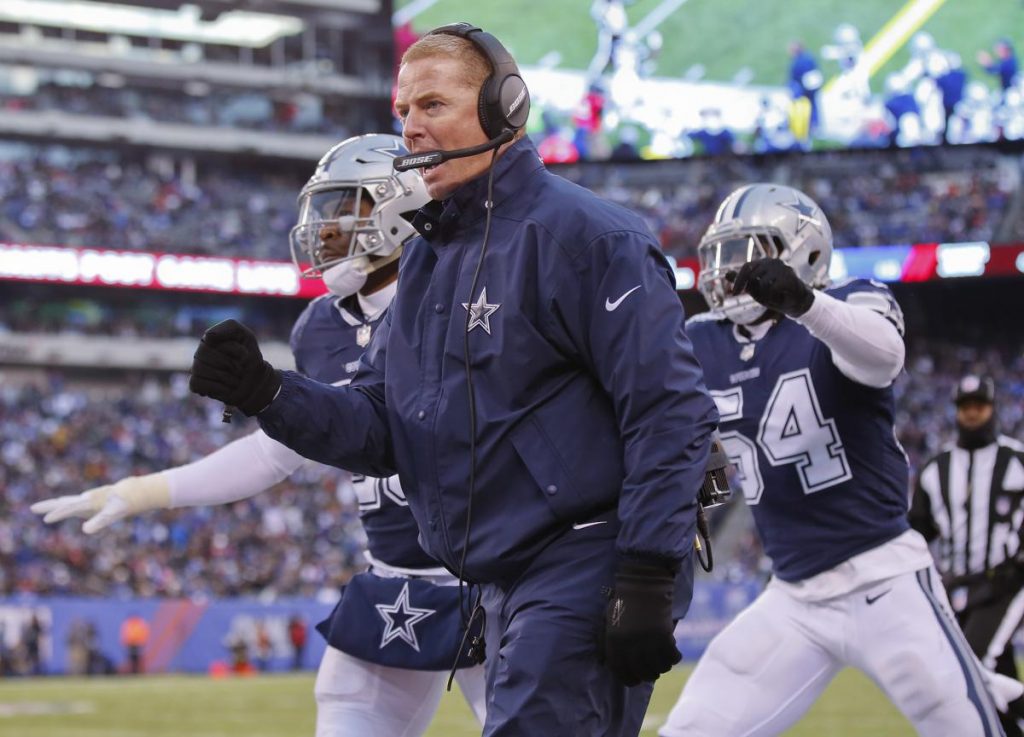 If the Cowboys head coach can not start winning football games with this team, then I doubt he ever will. Now, I'm not saying this is his best team yet. Of course not. That happened either in 2014 or in 2016. Not even then did the Cowboys get past the divisional round.

Personally, I still have faith in Dak Prescott's ability to be the future at QB for the Cowboys, but if Dallas decides to pursue another franchise quarterback, do we really want Garrett behind the wheel for that? Garrett has outlasted many great players during his time as the team's head coach, if he ends up outlasting Prescott, this franchise may not be going anywhere in a long time.

It's up to him to make up for a lost first rounder and capitalize on Amari Cooper's talent and what should be a “new” offensive line to turn this offense and this season around. No excuses should be made for this coach anymore.

Mauricio Rodriguezhttps://www.facebook.com/PrimeroCowboys/
I love to write, I love football and I love the Dallas Cowboys. I've been rooting for America's team all the way from Mexico ever since I can remember. If you want to talk football, I'm in... You'll find me at @MauNFL.
Previous article
Despite Cooper Trade, Michael Gallup’s Development Can’t Be Ignored
Next article
Could WR Noah Brown Help the Cowboys at Tight End?

Agree 100%, Garrett shoulda been the coaching change during the bye week and put Kris Richard in keep Linehan just for the remainder of the season so the offense won’t have to adjust mid season! BUT alas Jerry continues to give Jason an opportunity to keep this team competitive and win some games! IMO if Big D doesn’t make the playoffs Garrett is a goner for sure, time for some change in Big D! Also even if they do squeak in the playoffs and bow out in the 1st round, WE still need change! Kris Richard as HC and Tony Romo as OC….. @PepoR99.

And why exactly would Romo leave the TV booth, where he is setting up for decades of successful work?

Correction! Garrett should have been coaching for his job week 1!

Who is this writer? “Even though there are multiple factors as to why this team doesn’t hold a
winning record today, what will change from 2018 to 2019 that should
make the Cowboys trust Garrett for another year?”

Well, getting the All Pro OC back would be a start. The offense was designed around high-quality OL play, and Dallas likely hasn’t had a top 10 OL this year, which has set everything else back.

Also, the new WR can’t be expected to hit the ground running. He might, but that can only be hoped for, not demanded. So that’s another big change that can happen.

So, umm, lots of things could easily change (for the better) from 2018 to 2019. Meanwhile, this author doesn’t have any actual evidence that Garrett specifically has been holding the team back, so…that’s nice. Just assume he hasn’t been “what the team needs” with no basis for that claim. Now excuse me while I snack on my moon cheese…

P.S. I’m not arguing in support of Garrett either. I don’t know that he’s a good enough coach to continue forward with. But I, and everyone else, has no clue whether he isn’t worth sticking with either.