Over the course of the 2020 offseason, we didn’t hear much in the way of news or reports about Antwaun Woods and a contract. He was an exclusive rights free agent and so the Cowboys could just sit and wait for him to show up to camp, which he did.

After the Cowboys spent money and signed Dontari Poe and Gerald McCoy and then spent a draft pick on a defensive tackle for the second year in a row, there was some question as to what Woods’ role might be and if he’d even make the roster out of training camp.

Gerald McCoy was hurt in training camp. Trysten Hill went down early in the season. Dontari Poe was released. After eight weeks, Antwaun Woods remained as the lone veteran option for the Cowboys on the interior aside from defensive end, often used as a defensive tackle, Tyrone Crawford.

Antwaun Woods has been good this year, first in limited snaps and now in a full-time role. His versatility to play both the 1 and 3 techniques allows the Cowboys a bit of flexibility in their defensive fronts.

Per Pro Football Focus, Antwaun Woods is third among the interior defenders in run stop percentage behind Trysten Hill and Neville Gallimore, but he’s played significantly more snaps than either of those guys in 2020. Woods is second on the team in Pro Football Focus’ “stops” metric, which are tackles that resulted in a “loss for the offense.” Woods is the lone interior defensive lineman for the Cowboys to register a sack this season.

Antwaun Woods started the season backing up Dontari Poe at the 1 technique defensive tackle spot and getting some run at the 3 technique. Now, Woods has an opportunity to raise his value as he’ll get a vast majority of those 1 tech defensive tackle snaps.

Woods will head into this offseason as a restricted free agent and the Cowboys will have a long discussion about which tender to place on their nose tackle. With as good as he’s been for the Cowboys, they’ll make sure he returns again in 2021. Even if in a similar depth position like he started this year, Woods provides a ton of value as someone who can rotate in at both defensive tackle spots.

Woods is a decent DT, thrust into the pecking order because of injuries, etc. I would not not call him “good” if he is behind two others (basically last) in “stop percentage”. Honestly, our run defense has been bad, and he is a part of that. He was a UDFA, that Cowboys plucked off a practice squad of Titans, so one should not expect that much out of him. He is what he is, a decent rotational type player.

Cowboys have neglected this position for years, outside of Gallimore Trying to plug holes with over the hill FAs, or UDFAs, or practice squad pilfers, or low round draftees, or even worse, moving DEs inside that only get blown off the line for the most part. Time is overdue to DRAFT a quality run stuffing DT or two. Go after a J Davis or a little later a T Selvin.

I think Gallimore and T Hill are similar players. Quicker penetrating types. I think the run D which has been lacking in recent yrs would be compromised if we started them together. We do need a run stuffer to play alongside of one of them. I like what I see from Gallimore so far. The juries still out on Hill.

The Woods metrics are against other Cowboys, which is odd. How does he rank against the league DTs?

Wow we are in trouble if we’re building up Woods. T Crawford was lauded for his versatility as well but neither have been good in my opinion. In fact Crawford has been nearly invisible this season. Too many no shows on that line this yr The same line that was suppose to wreak havoc on opponents coming out of training camp.

I don’t buy it was Nolan and his schemes. Maybe that influenced it, but outside of Smith at the beginning of the season, this DLine just didn’t make plays. Couple that with with poor production and injuries to the LBs and the same with the secondary and we’re weak at every level of our defense. We better hope Diggs/Gallimore and some of our other young guys take it to the next level. We also need to hit on some defensive players in the draft. We are losing alot of guys in free agency, so no guarantee this D won’t be even worse next yr 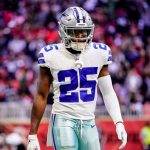 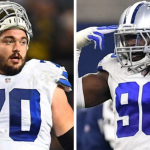