Ever since Dak Prescott’s return in week seven against the Detroit Lions the Dallas Cowboys are averaging 33.8 points per game in five games, which is the most in the NFL during that span. In the five games with Cooper Rush at the helm, Dallas averaged 21.4 points a game.

Prescott has been great since his return, throwing for 10 touchdowns in the five games, 1,259 yards, and has a season QBR of 61.9 which is sixth in the league. Proving that he was just what the Cowboys needed.

Dak took the Cowboys offensive expected points added per play from less than 0.0 in weeks 2-6 to about 0.2 from weeks 7-12. This is fourth in the NFL in this stat, trailing the Dolphins, Chiefs, and Bengals.

Shortly put, the Cowboys offense has been booming since week 7.

The main reason is getting Dak Prescott back as QB1, but a newfound commitment to the run game has changed this pass-first offense of 2021 to the balanced, physical attack that we are seeing currently.

The run game was found during Rush’s run as QB1 and thankfully has carried over making life much easier on Dak Prescott who went from averaging about 38 passes a game last year to 30 a game so far this season. The Cowboys are trusting their run game, which did not seem to be the case throughout the 2021 season. Starting Cooper Rush forced them to reassess and change the “rely on Dak” and pass-first offensive scheme.

The Cowboys became a run-first team under Rush and did not change when Dak Prescott returned under center, leading to the offense we've seen the last few weeks.

Kellen Moore and Mike McCarthy saw what was in front of them during the beginning stages of this season and adjusted what they initially believed. They have transformed this offense into one of the more balanced attacks in the NFL and have Dallas at 8-3 and competing for the top spot in the NFC. 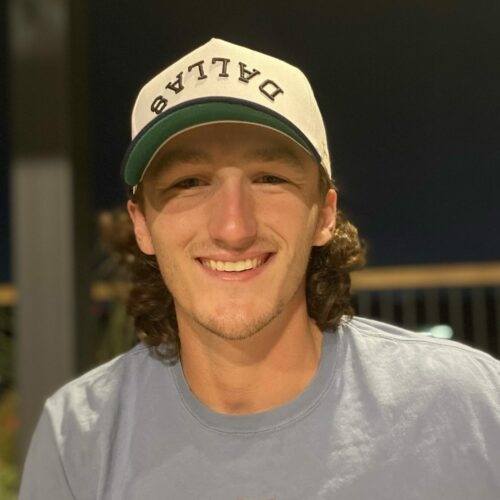 Evan Starr
Lifelong Cowboys fan raised in North Texas. Tony Romo is a hall of famer, Dez caught it, and we are still America's Team.
Previous article
Cowboys vs Colts — Over/Under Reactions
Next article
How can the Cowboys defeat the Colts?

On Tuesday, as a guest on The Dan Patrick Show, Albert Breer revealed that things "weren't great" between the Cowboys' former Offensive Coordinator Kellen...
Cowboys News

The deed is done... Hall of Fame Quarterback Tom Brady has officially retired for the second time in his career. In early 2022 around this...

good analysis, thanks for sharing!