Well that was something!

The Dallas Cowboys clawed their way to their first victory of the season on Sunday, inching by the Atlanta Falcons 40-39. The Cowboys dug themselves a massive hole in the first half, fumbling the ball on seemingly every possession and allowing the Falcons to take an early 20-0 lead.

Luckily, Dallas fought all the way back to save their season from an 0-2 start. Let's get into my game notes. 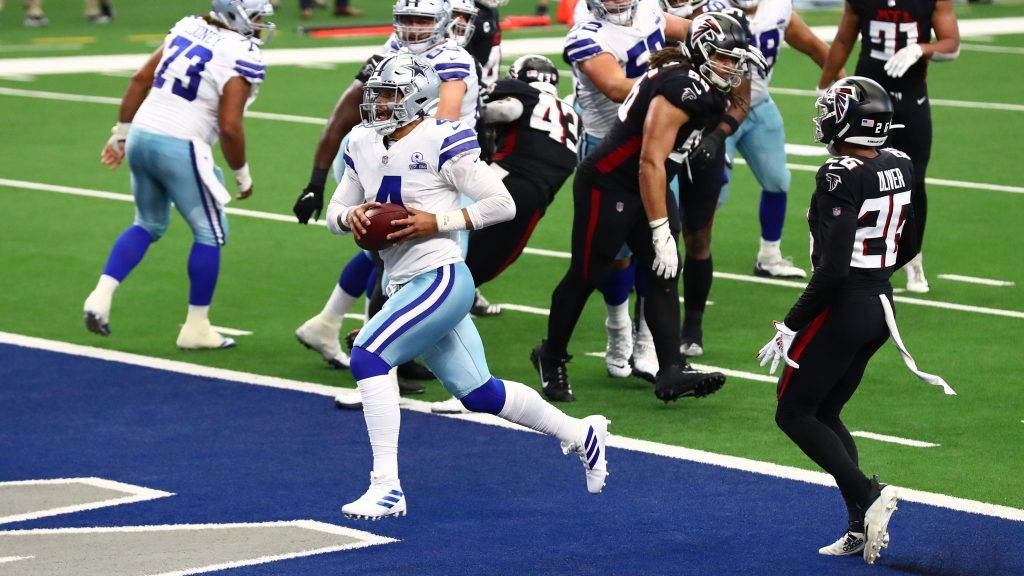 Kevin Bradyhttps://kevinrobertbrady.wordpress.com
Die-hard Cowboys fan from the Northeast, so you know I am here to defend the 'boys whenever necessary. Began writing for a WordPress Cowboys Blog, and have been with ITS since 2016.
Previous article
3 Stars from Dallas Cowboys Win Over the Atlanta Falcons
Next article
Dallas Cowboys Win Over Falcons Ruins 440-Game Long Trend

Dak did a great job against the Falcons working behind an OL that is patched up! What I want to see is him beating teams like the Packers or the Chiefs or the Seahawks! Once we start beating teams like this then we can start talking playoffs and Super Bowl’s! I don’t want to downplay his great performance but a champion brings it week end and week out! I believe he is that caliber Of player we just need to see it!

A swallow doesn’t make it summer. Did you realize that this was Dak’s first game winning drive since 2018? Hopefully that has you pausing with the anointing oil. Last week he had two opportunities to win the game and he didn’t get it done, in fact only throwing downfield once in desperation on the second to last play of the game. He played a great game but it will take more tan one to make it a trend

Many things need to happen before this team can be considered a SB contender. Dak while certainly the most important component is not the end all be all. He can’t be expected to play at that level each wk. Other players and the coaching staff will have to do their part as well. I believe the offense will not be the problem. We put up 570 total yards Sunday with two O-Linemen that I believe had 4 games total NFL exp. One of them was undrafted. The offense will put points on the board. The big question is can Nolan get this defense to play at a respectable level so the offense doesn’t have to score 40 pts each wk

I think the biggest problem right now is health. If this offensive line can get back together at full strength, that will take some pressure off both Dak and Kellen’s shoulders. Defensively it’s been up and down but it may just take time under a new coordinator. Thanks for reading!