Robert Quinn has been a member of the Dallas Cowboys for a few months now, but it still astounds me they were able to obtain him via trade with the Miami Dolphins for a measly 2020 sixth-round draft pick. To acquire such a talented pass rusher for what is typically a throwaway draft pick is a shrewd business move, and one that could pay huge dividends in 2019.

Robert Quinn was once considered one of the most dominant pass rushers in the entire NFL. In a three year span (2012-2014) Quinn put up double digit quarterback sacks and was a serious contender to break the single-season QB sack record in 2013 with 19. He's still been an above-average pass rusher since those dominant years, but he's not as feared as he once was.

The Dallas Cowboys of course will be happy with whatever production they can get out of Robert Quinn in 2019. Outside of DeMarcus Lawrence, they haven't really had another consistent pass rushing threat along their defensive line. But, that doesn't mean they don't hope Quinn (#58) can't somehow recapture his dominant form.

At 29 years old, Quinn isn't the spring chicken he once was earlier in his career. But, he's not washed up either. He still more than capable of putting up double-digit QB sacks and the Cowboys could be the perfect fit for him to do just that. At least, that's what were all hoping.

With DeMarcus Lawrence playing opposite him, Robert Quinn should see a lot of favorable matchups this season. Lawrence demands extra intention on just about every single play and Quinn should be able to take advantage of this. He may not be as young as he once was, but his skill set and veteran savvy still makes him a dangerous pass rusher.

All of this of course is good news for not only Robert Quinn, but for the Dallas Cowboys as well. Defensive Coordinator Rod Marinelli's simplistic 4-3 defensive scheme looks to be the perfect fit for Quinn, especially with the aggressive playcalling from Kris Richard. It looks like it could be the match made in heaven for all parties concerned.

Quinn can pretty much purely focus on pressuring the opposing QB. He doesn't have to worry about dropping into coverage or anything like that like he's had to with other teams. He just has to put his hand in the dirt and be one of Marinelli's “rush men”. Sounds easy enough, right?

I may be reading too much into what Robert Quinn can accomplish with the Dallas Cowboys, but I think he has a real shot at regaining his dominant form. Even if it doesn't happen though, the way he's performed the last few seasons is good enough to raise the level of the Cowboys defense, especially their pass rush.

Again, it's still a little mind-boggling the Dallas Cowboys were able to acquire a player as talented as Robert Quinn for pretty much next to nothing. It's a trade that should make them serious Super Bowl contenders in 2019 and we can't ask for more than that.

Do you think Robert Quinn can regain his dominant form with the Cowboys? 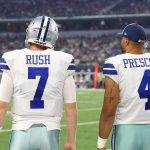 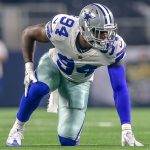