Can The Cowboys Defense Quickly Adapt To Dan Quinn’s Scheme?

The struggles of the 2020 Cowboys defense are common knowledge at this point.

We all watched as they blew coverages, missed assignments, and got run all over during the early part of the season. We also watched as they slightly improved, largely due to positive turnover regression late in the year.

And we also all know that the personnel on the defensive side of the ball needs a bit of an overhauling. Right now the Cowboys only have two legitimate options to start week one at cornerback, need to find a way to improve on the interior of their defensive line, and could use a linebacker upgrade over the duo of Jaylon Smith and Leighton Vander Esch.

Realistically, though, the 2021 defense is going to look similar to the 2020 defense. Key player wise, at least.

This is why it's going to come down to things outside of just individual talent. How quickly can a defense that looked lost under Mike Nolan last season adapt to Dan Quinn's scheme for next season? 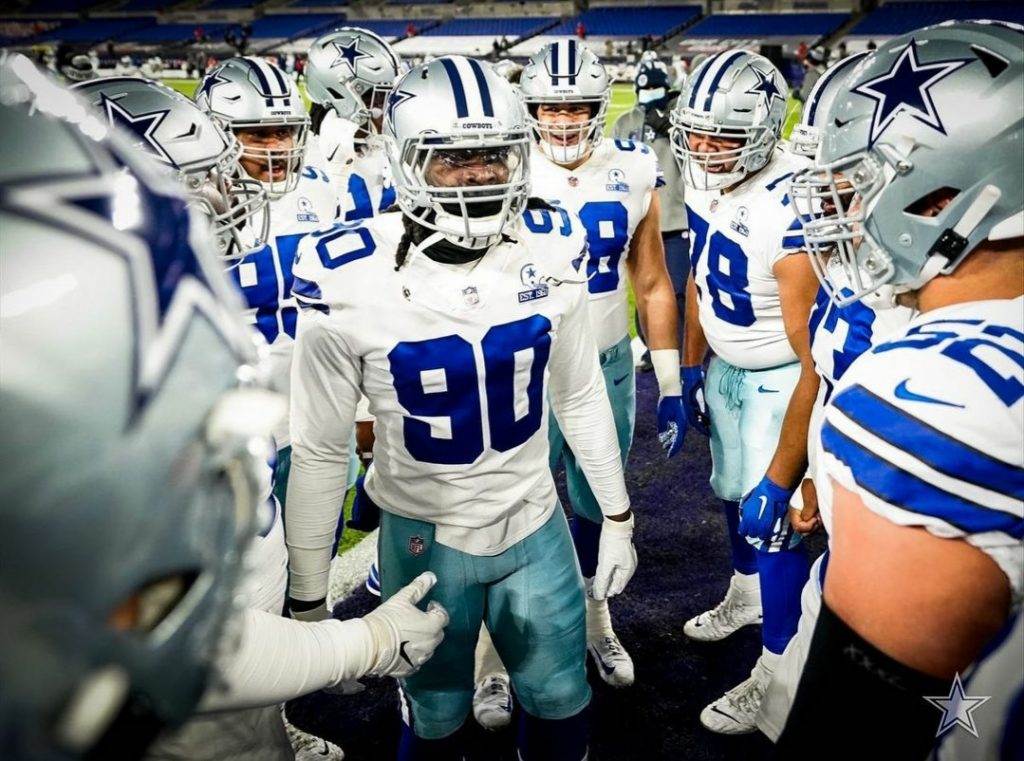 There was hope that 2020 would be the only virtual offseason which featured massive cancellations and postponements of preseason work. But 2021 isn't looking much better. Virtual meetings may be the way of the future, and given that future brought so many unique challenges to Mike Nolan and company last year, Quinn has a tough task at hand.

What Dan Quinn has working in his favor, though, is simplicity and familiarity. Having dealt with Kris Richard a couple seasons ago, many of these Cowboys will be familiar with Quinn's defensive preachings. It will still require adjustment, and there will still be newcomers, but it won't be nearly the massive jump that moving from Rod Marinelli to Mike Nolan was for this group.

I'd also like to think that the coaching staff learned something from last year's virtual setup. Mike McCarthy has emphasized in the past how key improving communication across the defense will be this year, and having a full 12 months of COVID-affected football activity should help them prepare going forward.

This world is no longer new. It may still not be ideal, but it's not new. And at this point, it probably even feels a bit normal.

Hopefully this team can take lessons learned in 2020, and apply better ways of working and learning in 2021.

Kevin Bradyhttps://kevinrobertbrady.wordpress.com
Die-hard Cowboys fan from the Northeast, so you know I am here to defend the 'boys whenever necessary. Began writing for a WordPress Cowboys Blog, and have been with ITS since 2016.
Previous article
Brian Martin’s 2021 NFL Draft Interior Offensive Lineman Rankings
Next article
Is 2021 The Year The Cowboys Prioritize The Safety Position?

Last week was a heartbreaking moment for the Dallas Cowboys fanbase, however, good news shines upon the state of Texas as Defensive Coordinator Dan...
Game Notes

I personally believe that we had the talent to be a respectable defense last year but our scheme didn’t fit the talent and our defensive staff didn’t coach up the talent we had! Hopefully this new group will run the defense that matches up with our players and we will see a better product on the field this coming year!

The Tampa Bay coaches showed that they could rebuild the whole team, install systems, and go win the SB during covid.
McCarthy and Nolan just plain failed as coaches and covid is no excuse.

Marinelli, Nolan, now Quinn. How many DCs do we have to go thru to start playing better. Lets put some accountability on the PLAYERS. These players have been playing football since high school or earlier, probably 8 to10+ years. Now they need to be coached up? Really?

DO YOUR JOB. EARN YOUR PAY.

Stop with the showboating after making a tackle seven yards past the LOS. Stop with the ” HOT BOYS” posing in the end zone. We need more players like Randy White, like Ed Jones, like Bob Lily (who was triple teamed at times), like Darren Woodson.

Taking bad angles, missing tackles, not holding the point, not shedding blocks, ETC, ETC, ETC. These are things that have NOTHING TO DO WITH SCHEMES.

Tampa Bay got the GOAT. That was the DIFFERENCE. PERIOD. We, unfortunately, have a now injury risk QB, that thinks he is worth more than Brady. So ludicrous. Right there that is a PROBLEM.

Agreed VAM on accountability, J Smith need to shut his damn mouth about his DCs and actually go play ,

And to go along with J Smith and company, I’m tired of Zeke , he’ll make one good play and do his feed me and first down deal , then go for like 1-2 yards right after that then he’ll check out cuz he gassed , it’s bad when you have to question if your supposed lead back might be worse than your 2nd string RB , stop it Zeke

Ppl want to harp on coaching and even Jerry being an issue, which could be right right , but bottom line YOU AREN’T GONNA WIN JACK IF YOUR PLAYERS AREN’T GIVING YOU 100% EFFORT AND HAVE NO ACCOUNTABILITY

I know the NFLPA would hate me as a coach because I would fine (heavily) and sit every player after any showboating shenanigans. It’s such a disgusting fabric of the game that even worked it’s way into Madden around 2007 … further teaching kids to do it. This isn’t my father’s NFL any more.