The 2021 NFL offseason is far from over. But as team's continue to pick through unsigned free agents and work on their draft boards, thoughts of who could make the eventual 53-man roster are already at the forefront of their decision making. What's the Dallas Cowboys' roster starting to look like after the first wave of free agency?

While changes to roster math could still be coming, like we saw last year in response to the pandemic, for now we still expect the traditional 53 players per team. Even if they keep last year's provision for practice squad players to be used on game days, that would still preserve the standard 53-man roster.

Assuming this will still be NFL policy in 2021, let's put together a projected 2021 roster for the Cowboys based on the players they currently have under contract. While further free agent signings and the draft are still ahead, this exercise will help us see what Dallas has accomplished so far this offseason and where the biggest needs remain. 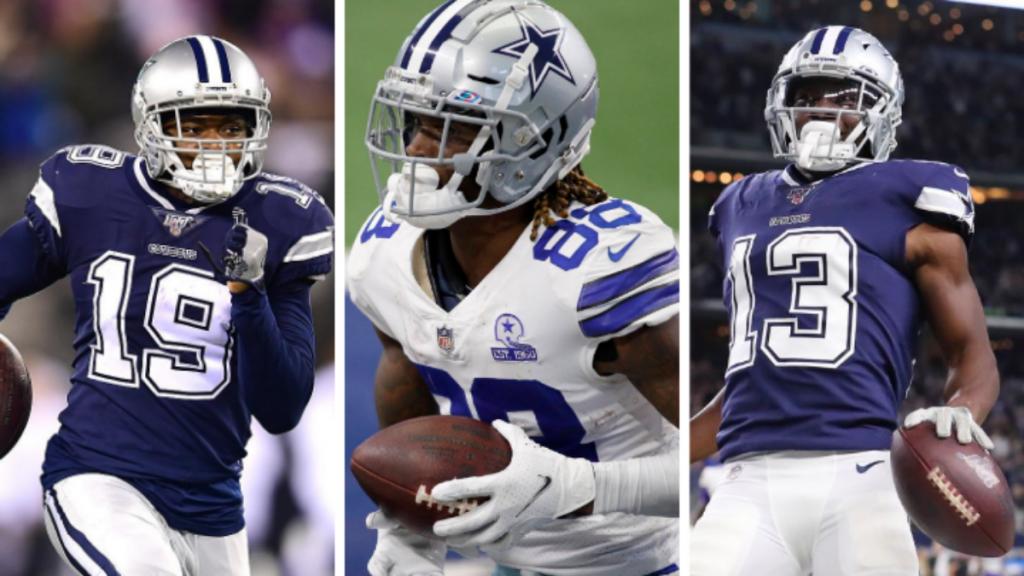 This side of the ball doesn't leave a lot of room for imagination. The usual questions about whether or not they keep a third quarterback or a true fullback are there, but the names filling out most of the depth chart might as well be written in stone.

Thankfully, there are no glaring weaknesses unless the offense gets hit hard with injuries. This is one of the top groups in football if the starters can stay on the field better than we saw in 2020.

Backup QB is arguably the Cowboys' biggest need now on offense. While Garrett Gilbert's one solid day against the Steelers has some fans already putting him in the Ring of Honor, that's hardly the kind of insurance you want behind Dak Prescott following a major season-ending a leg injury.

Dallas certainly could go into 2021 with this offense and be competitive. And if they happen to draft a potential “generational” tight end from Florida with the 10th overall pick, who knows what sort of numbers they could produce? 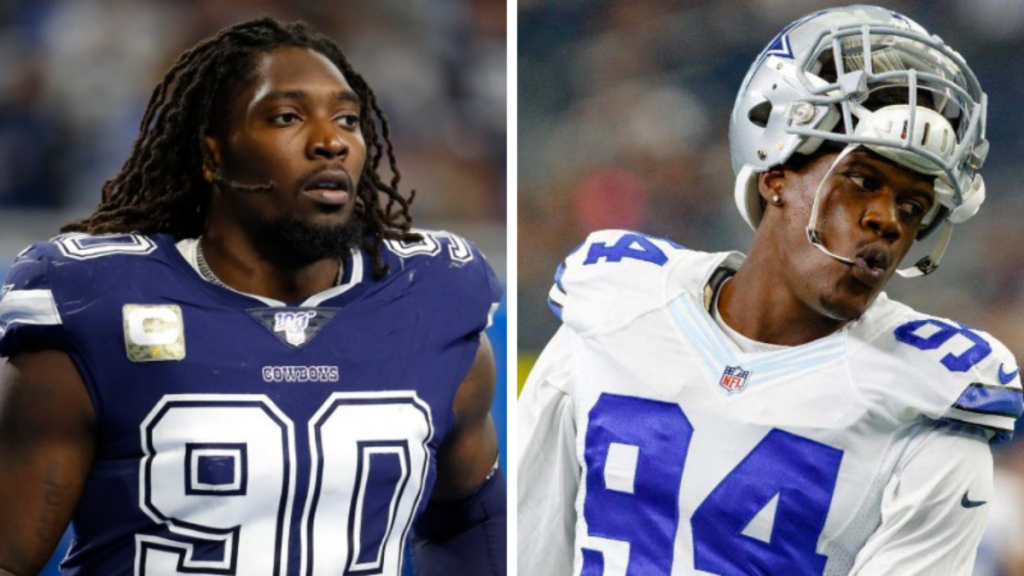 We can expect several more changes to this list by the start of the season. The Cowboys may end up signing Linebacker K.J. Wright or using those funds on some other defensive free agent, plus they're expected to focus heavily on defense in the draft.

Sean Lee remains undecided on his NFL future. But even if he does keep playing, Lee's a free agent and may not get a chance to continue his career in Dallas.

The Cowboys could go a lot of directions with their early draft picks. If Kyle Pitts is gone at #10, and even if he's there, drafting a top cornerback to pair with Trevon Diggs may still be their move.

Prospects like Dorance Armstrong, Luke Gifford, Darian Thompson, and other names could easily be replaced by the next crop of rookie talent. These are all players who we've waited to see deliver on potential and it just hasn't happened yet. A fresher face with a cheap four-year contract tends to become the more attractive option.

If young talent like Hill, Gallimore, Diggs, and Wilson all progress in 2021 then this defensive unit has some hope. Reclaiming Vander Esch and Smith at linebacker will be crucial to success and hopefully free agent additions like Neal, Kazee, and Urban will prove more fruitful than last year's attempted upgrades.

Thankfully, with cap dollars left to spend and plenty of draft picks in their pocket, the Cowboys have all the resources needed to fix the defense. Unlike last year, they need to make better choices on who they add and hopefully get much more out of the man hired to coach them.

The last three spots appear to be already be spoken for on special teams. Kicker Greg Zuerleon, Punter Hunter Niswander, and Long Snapper Jake McQuaide have no competition thus fair and should be your specialists for 2021.

Jess Haynie
Cowboys fan since 1992, blogger since 2011. Bringing you the objectivity of an outside perspective with the passion of a die-hard fan. I love to talk to my readers, so please comment on any article and I'll be sure to respond!
Previous article
Cowboys’ Offseason Moves Heavily Influenced by Assistant Coaches
Next article
Patrick Surtain on Reuniting With Trevon Diggs: “It Would Be A Special Feeling”

Man that defense is heartbreaking for a fan

I would like to see the offensive line get some help as injuries have really impacted that group the last few years. As for the defense I would love to see the addition of K.J. Wright. He’s a perfect fit for this defensive scheme. Corner and edge rusher would be the other two positions I’d like to see additional help added. Aldon Smith would be great for spot duty as an edge rusher. Smith flashed early last year and seem to fade later in the season which I would contribute largely to conditioning due to his long layoff. His conditioning should be much better this season.

There has been rumors that Dallas will take TE Kyle Pitts with the 10th. pick if he’s there. I really hope not considering all the holes they have in this defense. LB K.J. Wright would be an instant upgrade at the LB position, but I’m afraid money is going to be a sticking point. Dallas almost has to take a CB at no. 10 to put opposite Diggs. I don’t think Lewis is the answer opposite Diggs and Anthony Brown certainly isn’t. I too would like to see the OL get some help, but I think the defense will be the focus this draft.

Offense looks good outside of C Williams. Seen him literally run over a few times. Need an upgrade there, IMO. Aaron Banks would be a great pick in the 3rd and a steal in 4th rd.

All three levels of the defense need major
attention. Hard to say which level should be prioritized first. Most mocks have CB in first rd, with Surtain/Farley and now Horn. They did bring in some D FAs, so they see the obvious need there. Agree with Don, defense is pretty sad. No difference makers at all.

The defense actually has a lot of high picks and high salaries . The idea the Boys neglect defense is not correct.
Hill, Gallimore, JSmith, LVE, Diggs are all high picks and, of course the infamous Taco was another high pick.
That is half the current starters created from recent high draft picks . The other high drafted starter is Lawrence.
The Boys defense problem is a all coaching. The coaches have failed to maximize these high picks into a competitive defense and have failed to develop the defebse players.
On offense, the coaches have developed Gallop, Williams, Biadasz , Pollard, Schultz, Brown , and of course, Dak. None of those were high picks.
The defense coaching failure and player development failure is the key to understanding the performance difference offense to defense.

Based on that list, these guys are likely in jeopardy after the draft: Canady, Thompson, Kamara, Gifford, Kearse, Redmond, McKeon, Dowdle, and maybe even Robinson and/or Anae?

VAM agreed on Williams , which is why i got us taking Illinois’ OG Kendrick Green in the 4th in several of my mocks , the dude plays with a nasty attitude , VIOLENT , and can play Guard or Center if needed to , he’d help out a lot and fix that problem at LG

Jess you forgot about WR’s Ron Parker, Stephon Guidry and Malik Turner….. DT’s Justin Hamilton and Walter Palmore…. DE’s Rondell Carter and La’Darius Hamilton…. Granted they might not make the team but as of today, they’re on the roster!

Jess, what about Joe Looney? Believe he is still under contract.

We should re-sign Looney. Great backup that can play both OG and Center, and spot start well. Good flex player and only 30 yrs old. But I guess the dollars come into play, and we have some younger backup players. But Looney is a proven player.

I agree with getting Looney. Not sure who our back up center is behind Tyler. I wanna say it’s McGovern but not sure how much actual experience he has at the position. Maybe some in college but none in the NFL.

Wow, Siempre. A fan that applies common sense instead of just emotion. I wasn’t sure they still existed. Another comment said “no difference makers at all”. Are you high? Lawrence, Diggs, Wilson, LVE and Smith (with the right scheme). All difference makers. Several players are on track to step-up this year and that will be crucial. Either way, the defense SHOULD be good enough to let the offense win games. Will we be a top 10 defense? Highly unlikely. We should be good enough to be top 15 and keep us in games. We had a very decent, maybe even a good, defense before last season. The defensive coordinator did not utilize his players correctly and had many playing out of their natural positions and learning a new scheme without the normal prep work due to COVID. The best defensive signing we have made is hands down Quinn (and Whitt Jr.).

If Kyle Pitts is available at 10, and we don’t take him, I’d be pissed. He is a phenomenal player and could line up at several positions. Him stretching the field and creating mismatches would help all of the offense and when the offense is putting up points it allows the defense to just play without having to put the game on their shoulders. There are good corners (Newsome) available past the first. Personally, I’d like Pitts to not be available and we trade back to around 15 to pick up and extra pick in the 2nd or third. This would allow us to take Horn, Surtain, or Slater in round one and still add quality defensive depth. We still would be best with an additional DE, a true Nose Tackle, and I’d love to see them grab Richie Grant or La’Darious Washington. We also need a better backup QB and McCarthy likes talking late round fliers in them.

LVE and Smith haven’t been difference makers in 2 years. I wouldn’t count on them. They might be able to bounce back but their issues aren’t completely scheme related. They’re physical as well.