After snagging Trevon Diggs in the second-round in 2020, the Dallas Cowboys added more depth to the cornerback position in April when they drafted Kelvin Joseph out of Kentucky with the 44th overall pick. Understandably, there was excitement about Joseph seeing as he was coming off a season where he was tied for the SEC lead in interceptions with four.

Unfortunately for the talented rookie, he suffered a groin injury in the Cowboys' preseason finale against the Jacksonville Jaguars. He's worked diligently to get back on the field, and he'll finally make his NFL debut this Sunday against the Minnesota Vikings in more of a special teams role.

Once Joseph gets some snaps under him he has a chance to be a great asset to the cornerback room for the Cowboys with his incredible instincts and speed (ran a 4.34 in the 40-yard dash at the NFL Combine). He'll have to compete with Anthony Brown, Jourdan Lewis, and Maurice Canady for playing time. However, his skill set could elevate him to the starting lineup opposite the aforementioned Diggs.

In a passing league which the NFL has become, you can never have too many reliable cornerbacks. If Joseph maximizes his talent, the Cowboys will have gotten a steal in the second round and set a foundation at cornerback for the foreseeable future.

We really need Joseph to get up to speed. We have zero depth at CB. Brown is actually playing decent right now. But having only have two functional CBs (Diggs/Brown) isn’t gonna cut it. U can never have enough CBs and we don’t have near enough. 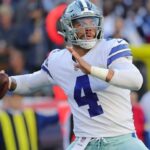 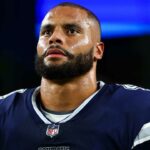