Cowboys Aren’t Better Without Dez, But They Can Be

It isn't easy to see a player that has meant so much for the Dallas Cowboys part ways with the team. If watching Tony Romo do it last year wasn't enough, now fans have to endure watching Dez Bryant get released less than two weeks before the NFL Draft.

There's a reason why this move happened, that much is clear. As for what was that reason, we don't exactly know and probably, never will. But anyone putting attention on Sundays knows that his production wasn't the same than before.

Dez essentially had three consecutive disappointing seasons. After receiving the enormous contract that he did in three years ago he failed to meet expectations. 2015 saw Tony Romo and Dez Bryant suffer unfortunate injuries, making things more than difficult for the entire team. 2016 was the year of “adapting to the new kid, Dak Prescott.” And 2017, well… was the year that ended his time wearing the Star.

The way this situation was handled and the timing of it is what really drew so much frustration from a large amount of fans. Why do it in the middle of April? This wasn't about the salary cap at all. This was simply about #88 not being in the Cowboys' plans for 2018 and him not fitting into the “Dak-friendly” offense we've heard so much about.

Today, the Dallas Cowboys are not a better football team.

Sure, Dez didn't produce how he was supposed to. He wasn't justifying his salary on the field. He was getting paid like something he stopped being a long time ago: an elite wide receiver.

It hurts to admit it, but it's the truth. Having said that, though, the Cowboys' roster didn't improve after they cut him. Right now, Allen Hurns, Cole Beasley and Terrance Williams represent the team's most important receivers.

Now, these guys are not bad. But they're way too far from being an ideal group if the Cowboys are trying to play in January next season.

Even still, it's too early to throw this season's tickets away or cancel your TV sports' subscriptions. Dallas may not be better now, but they can be. 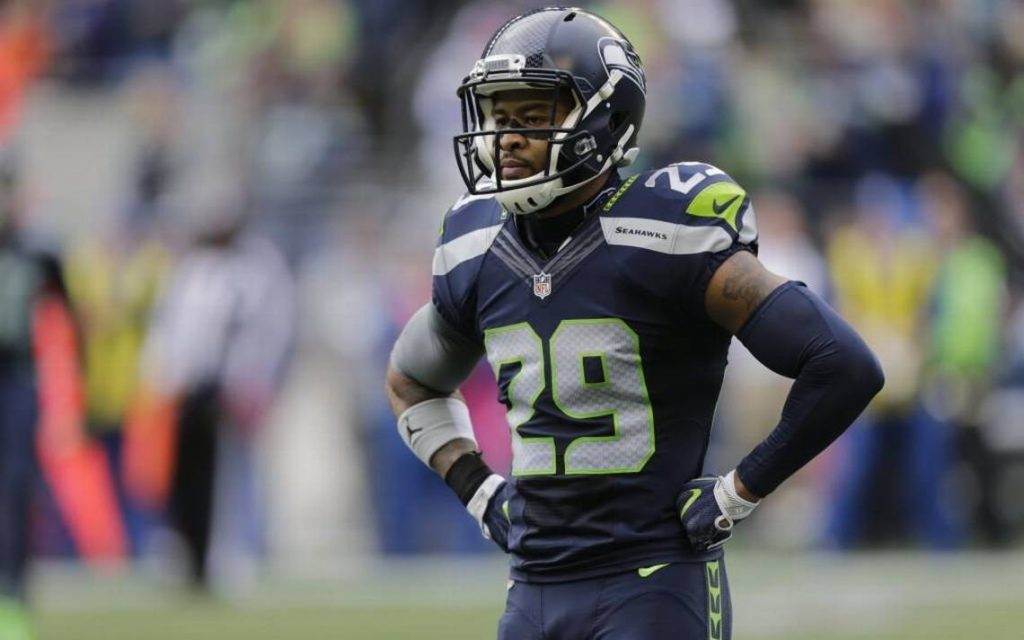 We've been talking about Seahawks' Earl Thomas for a while now. With a need at safety, the front office should be thinking long and hard about making a move for the 28-year old safety now that they have some extra cap space and could give him his desired extension.

Giving up a second round pick might be too much, but if Dallas thinks they can extend him and land one of the best safeties in the league, it's definitely an option worth considering. Why not pull the trigger?

Wide receiver and offensive guard seems like the direction this team will take if they keep their first two draft picks. Maybe you can find talent for either position in the third round, or trade up to get back in the second round and take a talented guard there if they ship the 50th pick to Seattle.

Seattle needs draft picks. They currently don't own a second or third rounder. They're going through some sort of unexpected rebuild and might appreciate the picks.

From the Cowboys perspective, it really would answer the “why?” many fans are asking themselves.

Why did they let Dez go in the middle of April, when the cap space isn't needed? Why make WR an even more urgent need for the team, forcing them to limit themselves to WR and OL in the first rounds? Simply, why let Dez walk if they don't have a plan?

I'm pretty sure getting Earl Thomas would answer those questions. Many fans would see the logic and be relieved to see it was worth it. Relieved to see that after all the drama, the front office had things planned out. It would make things make sense.

For now, we wait. Perhaps the move won't happen at all, perhaps it'll happen soon or perhaps it happens on Draft night, taking us all by surprise. At the end of the day, the NFL is full of surprises, even when it comes to beloved veterans.

Cowboys fans should know that better than anyone.

Mauricio Rodriguezhttps://www.facebook.com/PrimeroCowboys/
I love to write, I love football and I love the Dallas Cowboys. I've been rooting for America's team all the way from Mexico ever since I can remember. If you want to talk football, I'm in... You'll find me at @MauNFL.
Previous article
Making Sense of the “Garrett Guys” Behind Cowboys Dez Bryant Release
Next article
Pre-NFL Draft 53-Man Roster: Where are the Holes?

The writer says we may never know why Bryant was cut…That is ridiculous. We all know exactly why and that reason is Bryant is old , chronically injured , expensive, and just done. The Boys actually held onto Bryant for the 2015, 2016& 2017 seasons watching the decline while paying top dollar. We all appreciate what Bryant did , but after 3 declining years, only fools wait for a fourth . So, the Boys are very much better by moving on.
That is nothing against Bryant. All the Big 3 of 2014 – Murray, Romo, Bryant are gone. Thanks to all of them. The NFL is not the MLB or NBA where eras last a decade or more. The Patriots have been in multiple Super Bowl games and from year to year only keep a few main players. Belicheck would have gotten rid of Bryant two years ago. NFL turnover is brutal.
The reality is the Bryant/Romo top era was a few seasons from 2011 to 2014. Thanks for the memories.

When Jones said he didn’t anticipate going forward without Dez, that’s when Dez would have known to expect trouble… ;^)

He probably balked at a pay cut and likely will accept one now from another team. He needs to work the possession WR job underneath a fast WR who keeps DB’s pinned back. Then he will have a big year again.

The Dez in decline in 2017 is a myth propagated because trying to prop up Dak Prescott and hope he can return to form is more important. Dez truly was a scapegoat. Check out Pro Football Focus’ analysis of Dez last year. When you factor in the number of uncatchable passes thrown his way (and Prescott’s number of uncatchables vs Tony Romo’s last complete year in 2014) we quickly realize there is plenty of blame to go around. Dez’ route running is criticized and we are told that “Dak Friendly” receivers arrive at a point where they are supposed to be so that Dak can run a timing based offense. Problem is Dak threw many balls into coverage instead away from it, the reason Dez had to do an instant morph into cornerback on a number of occasions.

Dak did well his first year for 3 primary reasons: there was not film of him early on; Elliot was so effective Dak could run lots of play action and essentially cut the field and his reads in half; he had the best offensive line in recent years that allowed him to get away with his tendency to hold the ball too long. Denied essentially all three of these variables in 2017 and his regression is not hard to understand.

Fair or unfair, Dez is gone. Let’s hope for all Cowboys fans that Prescott can be coached up this year to make better pre-snap reads, get rid of the ball quicker, that Elliot can stay out of the news for non-football activities, and that the offensive line improves.

As a final thought go on YouTube and look at Akoye’s film analysis of what I wrote below. Seeing is believing and seeing is frankly pretty frightening.