Wrapping up our Cowboys training camp preview series for the defense, a team expecting to score at will and force opponents to play from behind will have an experienced bookend of pass rushers to rely on at defensive end.

A number of other players could have a say in the Cowboys pass rush, especially given their depth at linebacker, but this position group begins with high expectations for DeMarcus Lawrence and Randy Gregory – working his way through a full offseason for the first time in his career.

The Cowboys defensive line will be coached by newcomer Aden Durde, who was featured here in the Cowboys DT camp preview:

Getting to Know Aden Durde

Durde is best known for his work in international football, playing in England for the London Olympians, Scottish Claymores, and Hamburg Sea Devils. (I feel as if I’ve achieved a writing milestone using all three of those team names in a sentence).

Helping players transition from the UK to the NFL was Durde’s focus before joining the Falcons coaching staff in 2018. He was promoted from defensive quality control coach to outside linebackers coach last season. A former linebacker himself, Durde can prove valuable across the Cowboys front seven with plenty of new faces, but will have his hands full with just the defensive line given the number of talented players being asked to make a second scheme change in as many seasons.

Lawrence's role as the tone-setter for the entire defense is well understood, and his prowess as a run defender makes the Cowboys struggles against the run from 2020 all the more concerning. Their response in drafting Micah Parsons and Jabril Cox while signing Brent Urban and Carlos Watkins at DT is an encouraging step, but far from certain.

The key to keeping Lawrence in favorable match ups at left end has been lining up the right players alongside him at both tackle and the opposite end. Trysten Hill and Neville Gallimore will both get their chance to emerge as disruptive interior players that help Tank Lawrence be the team's best defender.

Where Lawrence's name has been written in stone atop the DE depth chart, the same can't be said about Randy Gregory. It took an end-of-season demand from owner and GM Jerry Jones for the Cowboys to prioritize getting Gregory on the field. Now, a reshuffled staff under Dan Quinn has seen what Gregory can do on the practice field with consistency for the first time. 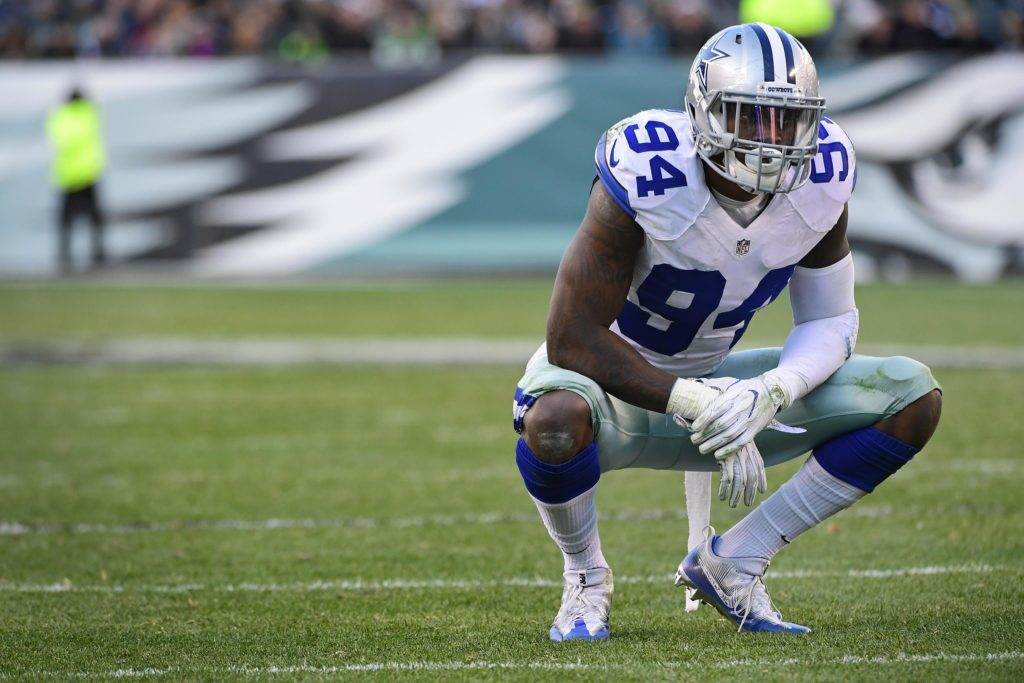 Gregory potentially working against Tyron Smith in his return from injury will be something to watch for when the Cowboys arrive in Oxnard. At his best, Gregory's ability to win against tackles with speed and close on quarterbacks is unmatched on Dallas' roster. In a new-look front seven that prioritizes range and versatility, Gregory will have every chance to earn the majority of snaps from right end at training camp.

Anae is a second-year player whose role in Quinn's defense is unknown. Potentially a victim of no longer playing for the staff that saw his potential out of Utah, Anae has some similar traits to Gregory in his ability to capture the corner and keep blockers away from his frame.

Armstrong is a quality depth player for both end positions, able to spell either Lawrence or Gregory and hold the point of attack against the run while showing some burst off the edge.

This was not a position the Cowboys prioritized at all in free agency, making their only newcomers third round pick Chauncey Golston and Tarell Basham.

Showing off the quickness to beat guards inside and strength to bull rush tackles, Golston is a versatile player out of Iowa. Basham was once thought of as a draft steal by the Colts in 2017, but the third rounder was waived in 2018 and signed by the Jets. 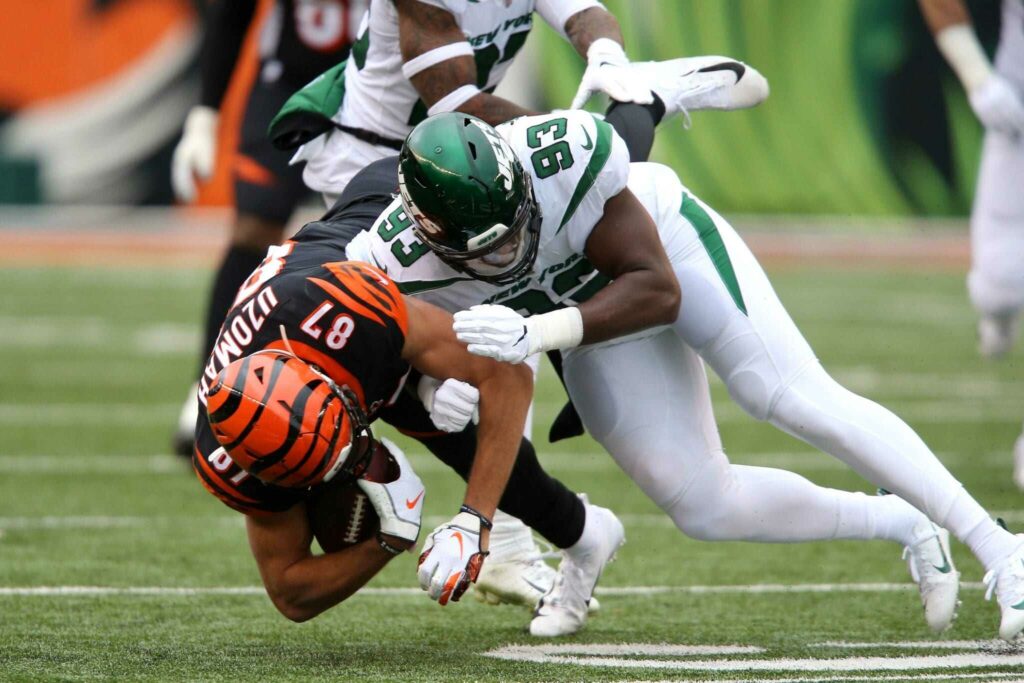 The Cowboys are putting a lot of trust in Dan Quinn's ability to mentor young defenders and teach technique that was sorely lacking in 2020. If he can do so with Basham it will not only be a great story, but change the complexion of just how deep Dallas' front four runs.

As soon as Golston was drafted, comparisons were made to veteran Tyrone Crawford who retired this season. This may be an unfair expectation for Golston as a rookie given the names ahead of him, but some positive updates on his development through camp could give the Cowboys another valuable defensive lineman.

From Staff Writer Jess Haynie's series on the Cowboys upgrades/downgrades across the depth chart at defensive end:

Everything with the group is a matter of hope right now; hope in Quinn’s arrival as defensive coordinator to get more out of the talent and hope that the talent will develop and perform with more opportunity. Even Randy Gregory, now being counted on like never before, has a lot to prove in 2021.

I’m excited for the potential but something has to be seen before we can be certain. For now, based on the known commodities we lost and the unproven nature of their replacements, we have to be a little worried.

The departure of a steady presence like Tyrone Crawford along with Aldon Smith all but guarantees the Cowboys today aren't better off at DE than they were in 2020. With much of the new crop being picked by Quinn himself, along with two established starters, this has a chance to change very quickly when the pads come on at training camp.

Stay locked in right here at Inside The Star as this series shifts to the Cowboys offense by position this week.