For the last half-decade, the Dallas Cowboys have built their team through running the football with a dominant offensive line. All-Pro Left Tackle Tyron Smith is the elder statesman of the group, causing long Sundays for right-side defensive ends since 2011. All-Pro Center Travis Frederick came in 2013, All-Pro Right Guard Zack Martin in 2014 and Right Tackle La’el Collins in 2015 as an undrafted free agent. They have built a reputation as being one of the NFL’s best offensive lines but in the last few years, that reputation has faded slightly due to injuries. Something they’re currently monitoring as they look to regain the best offensive line title in 2019. 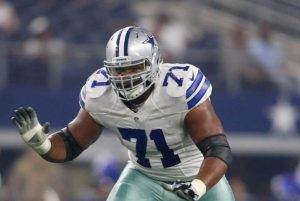 La’el Collins is the least heralded of the veteran starters but his importance can’t be undervalued simply because he’s the best right tackle on the roster and responsible for keeping left-side defensive ends out of the face of Quarterback Dak Prescott. He’s currently nursing a shoulder injury that kept him out of practice on Tuesday but is expected to be ready for week one against the New York Giants according to Head Coach Jason Garrett. 2019 is also a contract year for Collins so being healthy and performing at a high level is not only vital to the Cowboys but to his bank account. He’s set to make 6.5 million in the final year of his current deal. 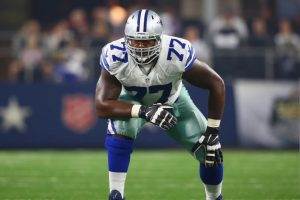 Tyron Smith is entering year nine of a stellar career. Six consecutive pro bowls along with five all-pro selections since 2013 have made him if not the best one of the top 3 left tackles in the NFL. He only missed one game in his first five seasons but has missed exactly three each season since 2015 with neck, knee, and back injuries. The back has been the constant nagging ailment for him over the last several years but coming into this offseason he was excited to be injury-free. “Every year you always have little nicks here and there, but it feels good coming into this year with no injuries,” Smith told Jon Machota of the Dallas Morning News back in the spring. “I’m coming back faster and stronger.”

Now it seems as if the back has reared it’s ugly head once again as the Cowboys are being smart with their most important offensive lineman who has the responsibility of protecting Dak Prescott’s blindside. Not a major concern but something to monitor even though he is expected to be on the field when the real games count in September. 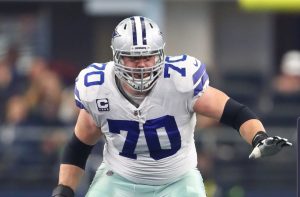 Zack Martin has been as consistent as any offensive lineman in the league since 2014. He’s been a pro bowler every year as well as an all-pro, making him the only player in Cowboys history that can say that in their first five seasons. Earlier this month he left practice with a back injury that required an MRI. However, the results were much to the Cowboys delight as no ailment was found and the team has been cautiously keeping an eye on it since. He plans on continuing his ironman status in 2019, though, as he explained at the final training camp practice at The Star in Frisco. “My goal is to be out there for every game this season,” Martin said following Tuesday’s practice at Ford Center. “Knowing that my teammates can count on me week in and week out, I take great pride in that. That’s something that I’m working to get back to.”

Having him healthy is critical to the success of the Cowboys running game as he lines up alongside Travis Frederick to form the most formidable interior offensive line in football. 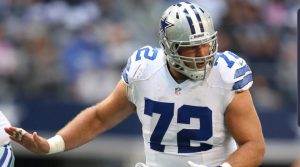 Travis Frederick has established himself as the league’s top center with four pro bowl selections and three all-pro honors in his first five seasons. Unfortunately, in 2018 he was diagnosed with Guillian-Barre Syndrome and missed the entire season. After a year off the Cowboys have carefully monitored his health and things are looking great going into 2019. He finally got his first game reps a few weeks back since the preseason a year ago against the 49ers and looked good in albeit nine snaps. This was a very encouraging sign considering the last step for him was actual physical contact.

“It’s sort of a reuniting feeling with the guys,” Frederick said. “When you’re injured or you’re out, you kind of get separated. That’s not on purpose, but it is just what it is. This was an opportunity to kind of rejoin that fraternity. And then personally just getting a chance to prove myself that I can do it, and that I can still play at a high level and be able to contribute this season. I think it was a good step for me.” Frederick is on track to be ready for the season opener.

The Cowboys go as this offensive line and All-Pro Running Back Ezekiel Elliott take them. Their identity is to physically dominate at the line of scrimmage and control the clock while keeping their defensive teammates fresh and the opposing offense out of rhythm. The health of these four veterans is essential if the Cowboys want to make a deep playoff run in 2019.