After being drafted by the Dallas Cowboys in the third round of the 2017 NFL Draft, Jourdan Lewis has seen the field far less than we all expected him to. On his rookie season, Lewis played 15 games and started seven on his way to 10 pass deflections and an interception. Since then, Lewis' playing time has been reduced almost inexplicably. That could be about to change for the Cowboys defense in the second half of the season.

In 2017, Lewis took part in 71.39% of the Cowboys' defensive snaps, second most in the team behind Anthony Brown. After his rookie year, it felt like a bright future lay ahead of him as a pillar of Rod Marinelli's defense. But things took a turn in 2018 when the Cowboys welcomed DB Coach Kris Richard, who had been one of the architects of the Seattle Seahawks' Legion of Boom.

Richard has done well in Dallas despite a rocky start to 2019, his most notable feat being the resurrection of Byron Jones' career. After spending his first years in the league playing all over the defensive backfield, Richard solidified Jones' role as a cornerback and developed him into one of the best in the NFL in just one season. Now, Jones is expected to get paid a huge contract next offseason, whether it's in Dallas or elsewhere. 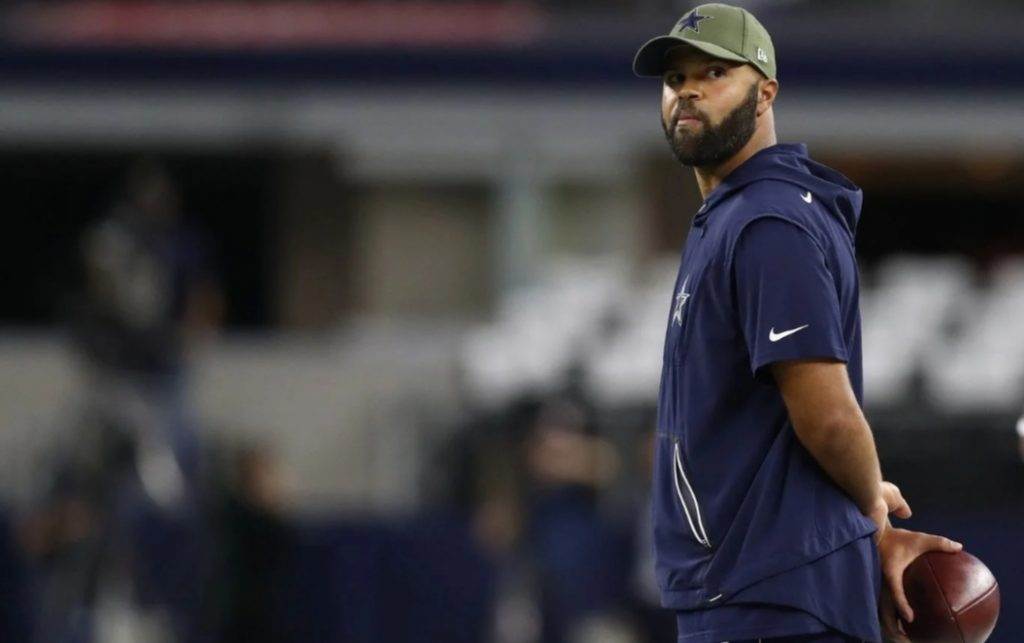 But one thing was clear from the start when it came to Kris Richard's mindset on his defensive backs. He liked his defensive backs to fit certain measurables. He liked tall and long cornerbacks to develop and that would prove to be a challenge for 5-10 Jourdan Lewis. That translated into Lewis warming the bench last season, when he played in only 18.26% of the team's defensive snaps.

This season, the Cowboys have taken a step backward from a defensive standpoint. The defensive front has struggled, but so has the Cowboys secondary. Busted coverages are a constant as Rod Marinelli's defense ranks 17th against the pass in Football Outsiders' DVOA rankings.

In week 6, Anthony Brown suffered an injury that got Jourdan Lewis on the gridiron. The young defensive back finally had an opportunity to play some football. After being a backup in the first five weeks of the season, Lewis played 60% of the snaps versus the New York Jets (week 6) and 70% of the snaps against the Philadelphia Eagles (week 7).

It's safe to say, the 24-year old cornerback made the most of the opportunity. According to Michael Gehlken, the Cowboys will give him more playing time regardless of Anthony Brown's health status. Brown is still dealing with a hamstring injury and it remains unclear if he'll play this Monday when Dallas visits the Giants.

Regardless of when CB Anthony Brown (hamstring, questionable) returns, Cowboys plan to give more reps to CB Jourdan Lewis than he saw before Brown's Week 6 injury. Lewis has made most of reps. Earned a larger role.

Lewis has proven to be a talented young player with a ton of upside and it's great to hear the Cowboys will finally give the chance to prove himself. He has been a ball-hawk CB and a great tackler, plus he can line up in the slot or outside if needed. I'd be surprised if he hands the job back to Brown when he returns. Plus, he's only 24 year old and is under contract through 2020 as opposed to Brown, who will hit free agency in the offseason.

If this move turns out the way Cowboys Nation expects it to, the secondary should really look better going forward. Despite common belief, Byron Jones has played excellent football so far. He might not have an interception yet, something we've learned to accept when it comes to Jones, but he's been solid in coverage.

I'm sure I'm not the only one who believes Lewis will be a better nickel CB for the Cowboys than Anthony Brown. He'll get his first chance to prove it this Monday and hopefully, he keeps the starting job for the rest of the season. He probably will.

Mauricio Rodriguezhttps://www.facebook.com/PrimeroCowboys/
I love to write, I love football and I love the Dallas Cowboys. I've been rooting for America's team all the way from Mexico ever since I can remember. If you want to talk football, I'm in... You'll find me at @MauNFL.
Previous articleIf Jamal Adams was Plan A for Cowboys, Should Eric Berry be Plan B?
Next articleCowboys LB Joe Thomas May Get Big Opportunity vs Giants

Coaches are human beings, and can (do) often fall victim to their preferences. Look into the “Pygmalian Effect” to better understand how people perform up & down to the expectations that their coaches (managers) do when they set labels on their people (employees, players) Basically, players perform up or down to expectations. On top of that kris richard has very specific physical traits he looks for in CBs. Funny how he took this long to realize with lewis and brown at least that intangibles trump specific physical attributes. Also doing the same thing with heath. If marinelli jumped up and down for trysten hill during the draft and kris richard approved that move, why the hell should we think they understand how to draft best player available when they ignored the strong and still persistent need for an upgrade at safety and not one , not 2, but THREE high caliber college safeties were available when they drafted hill??? SMH.

You are right in your assessment of course, but in this case it is a matter of philosophy. Marinelli’s is get the big boys up front, sack, or rush the quarterback and you don’t need a good and high priced Safety. The problem with that is in this case your dealing with injuries, and lack of effort up front.

What drives me crazy, is that, Kris Richard never stated the reason, why Anthony Brown was starting over Jordan Lewis. The media and sports analysts ,assumed that measurables were the reason. Lets just say, the reasons were personal and Jordan Lewis needed to be humbled. He is a better player for it and now its his time to shine.