We are now less than a week away from the first round of the 2020 NFL Draft. AKA the last live sporting event until…

The Cowboys’ options with the 17th overall pick may end up being limited, as they hit the tough part of the draft where most first round graded players are gone but it’s too early to reach on the later grades.

Still, there’s a chance the Cowboys could come up with a huge win in the first round. Especially if one of these three players are left on the board.

CJ Henderson might be my favorite of these three prospects, as he fills an immediate need for the Cowboys 2020 roster and offers them incredible upside over time. The 6’1″ 204 pound Florida prospect is the best non-Okudah corner in this class, and would bring that dog mentality to the back end of the Cowboys defense.

Henderson could start on the perimeter from week one, allowing the other cornerbacks to fall into place where best seen fit. A nickel group including Henderson, Chidobe Awuzie, and Jourdan Lewis would be a heck of a sight for Cowboys Nation in 2020. 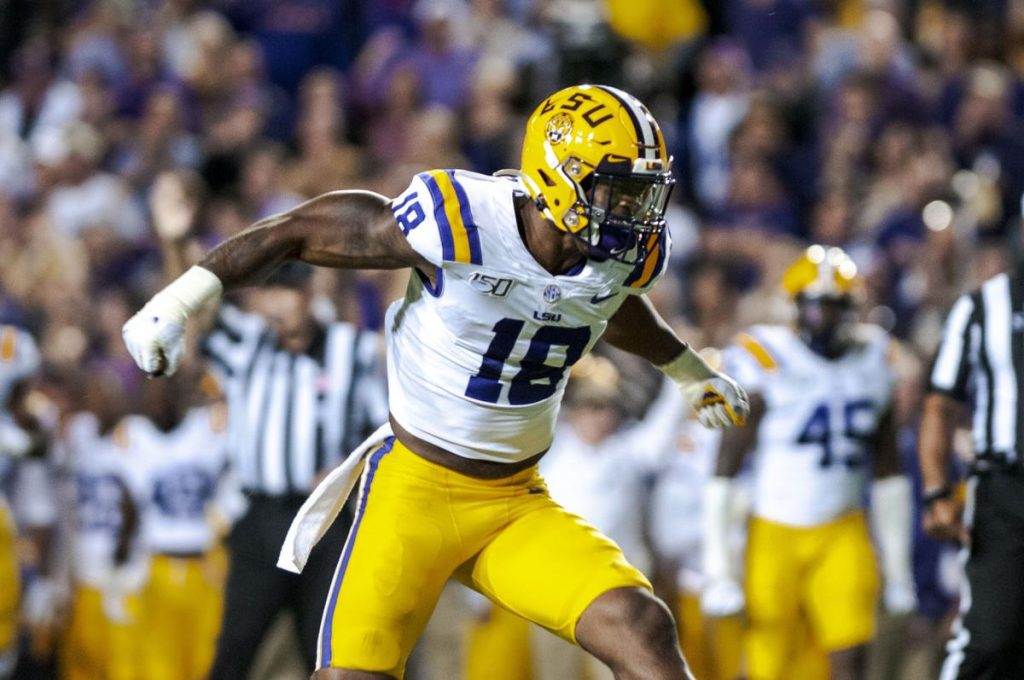 While I think everyone loves CJ Henderson, LSU’s K’lavon Chaisson brings up some mixed emotions among Cowboys fans. Largely due to the fact he might be a high-end “project.”

To me – Chaisson is an explosive and dynamic edge rusher who would compliment DeMarcus Lawrence excellently at defensive end. His college production has been cited as a legit concern and he has a ton of room to grow as a football player if he is to make a consistent pass rushing impact at the next level, but..he’s 20 years old!

This guy has all the tools to develop into the explosive “RDE War Daddy” Jerry Jones has been craving for years. When he improves upon his technique and pass rush moves, Chaisson will be dangerous.

Possibly the most glaring hole on the Cowboys entire roster is the safety position. No questions about it.

As much as we all like Xavier Woods, the safety spot as a whole has not gotten it done in recent years. And the front office hasn’t exactly made a concerted effort to improve the roster talent, either.

If the Cowboys aren’t going to trade their first round pick in a package for Jets safety Jamal Adams, then I see Alabama’s Xavier McKinney as a strong option 17th overall. The Draft Network’s Benjamin Solak called McKinney Alabama’s “next Minkah Fitzpatrick,” and his versatility is obvious on film.

McKinney is just an awesome football player, with the type of leadership qualities coaches swoon over. He’s a top 10 prospect in my mind, and would be a steal with the 17th overall selection.