You can argue that the Dallas Cowboys are a football team that’s really close. They have young rising stars on the roster, they have a talented offense and a defense that proved to be capable of winning games last year. With a good free agency they managed to fill plenty of needs, get a starting right end to complement DeMarcus Lawrence, and pay D-Law himself.

With the NFL Draft only a few days away, the Cowboys can make this offseason an even better one by getting a quality rookie class. There’s an extra challenge this time, though. Dallas heads into the Draft without a first round pick. Instead of owning the 27th pick, they have Amari Cooper.

The trade was worth it, as the Cowboys literally turned into a winning team after getting Cooper midseason. However, there’s no denying that the team is in a tough spot in the NFL Draft. Not only do the Cowboys lack a first round pick, they actually don’t have a selection in the top 50.

Naturally, there’s a question looming around Cowboys Nation. Being a team that aims to be a Super Bowl contender in 2019, the Cowboys could very well use a first round player right now. Can they trade into the first round?

It’s a tough question. It seems like trade value for picks and player varies every single year. Currently, the Cowboys hold four selections in the top four rounds: 58th (2nd round), 91st (3rd round), 129th (4th round), and 137th (4th round).

If late in the first round the Cowboys want to trade up to make a pick on Day 1, maybe they could pull it off but it wouldn’t be cheap. The way I see it, there’s two ways they could make it happen. Let’s take a look at how last year, the Baltimore Ravens were able to jump to the end of the first round and walk away with Lamar Jackson. They did so without a top 50 pick. 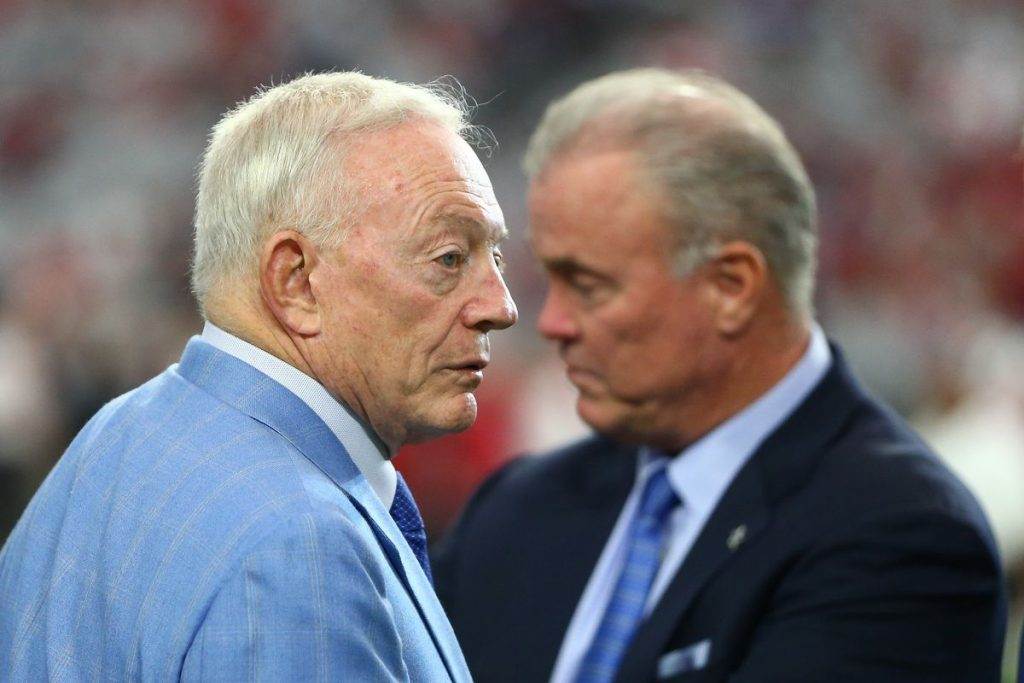 In 2018, the Philadelphia Eagles traded the 32nd and 132nd picks in exchange of the Ravens’ 52nd, 125th and their 2019 second rounder. The Ravens had a slightly better second round pick than the Cowboys have now (six spots better to be precise) and had to pay an additional second rounder.

If there’s a guy the front office feels can make a big time difference on the Cowboys in 2019, they should consider pulling the trigger. A trade with a similar structure than the Ravens-Eagles one is totally possible for Dallas. It’s worth noting that while we’re talking about the first round, if something like this happens it would be pretty late in it.

Another route they could go is giving away next year’s first round pick. That may feel like a more aggressive approach and one they should only try if they really like a specific player. Besides a first rounder, the Cowboys would have to add another pick, probably even a second rounder.

When push comes to shove, I doubt the Cowboys end up trading up. While the starters look pretty good right now, depth still feels like a concern at different positions. The Cowboys need to make their draft picks count.

Tell me what you think about “Cowboys Draft: What Would It Cost to Get Into the First Round?” in the comments below, or tweet me @MauNFL and let’s talk football! If you like football and are looking for a Dallas Cowboys show in Spanish, don’t miss my weekly Facebook Live! show, Primero Cowboys!