If you watched the Dallas Cowboys playoff loss to the Los Angeles Rams it was easy to tell that work needed to be done to secure an even more formidable defensive front. After giving 273 rushing yards that night, the Cowboys looked to beef up the line of scrimmage on defense in the draft and free agency. They drafted Defensive Tackle Trysten Hill in the second round, traded for Robert Quinn, and acquired veteran Kerry Hyder. But there's one name that's going under the radar, and that's Christian Covington.

He's a multiple-time draftee as he was not only selected in the sixth round by the Houston Texans in 2015 NFL Draft but also the BC Lions took him 43rd in the 2015 CFL Draft. He would see action in 15 games as a rookie totaling 8 tackles and 2 sacks. In 2016, he would play in all 16 games and get the first five starts of his NFL career. He took full advantage as he racked up a career-high of 26 tackles. Unfortunately, in 2017 he tore his bicep in week 8, limiting his availability to only seven games with 2 starts. He bounced back in 2018, though, setting a career-high with 3.5 sacks and 8 quarterback hits, also tops for him since entering the league.

In his 4 years in Houston, he was mostly durable seeing action in 50 games, starting 9. Also, he showed dual-threat ability in the Texans 3-4 scheme lining up at defensive end. Position flex is always a plus and something Head Coach Jason Garrett values immensely.

In March, he signed a one-year 2.5 million dollar deal with the Cowboys that will give him a base salary of 1 million, with an additional 1.5 million in incentives. I'd expect him to be right behind 1-technique starter Antwaun Woods but don't be surprised if he sees action at the 3-technique as well.

What's most impressive to me about him is his quick hands and feet displayed in the video above. He also showed an ability during his days in Houston to take on double teams while still being disruptive both against the run and pass. This signing may not have gotten the big headlines, however, it's one that has the potential to reap very good benefits. He adds depth to a unit that runs around 15 deep at the moment, of course, that's until final roster cuts are made in the coming weeks. The Cowboys now have a very stout interior defensive line with Antwaun Woods, Trysten Hill, Maliek Collins and now Covington. The trenches are where games are won and lost, and the Cowboys have dedicated themselves to this philosophy on both sides of the ball. Christian Covington is a very interesting name to keep an eye on during the preseason. 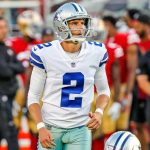 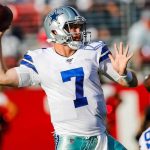