Learning their lesson from a home loss to the Broncos two weeks ago, the Cowboys didn't look past the Atlanta Falcons last Sunday – winning by 40 to set up a meeting of conference contenders at Kansas City this week. Their win against the Falcons was led by a defense that still hasn't quite received the credit it deserves under DC Dan Quinn, though a strong effort against Patrick Mahomes and the Chiefs would change this heading into Thanksgiving.

The Chiefs offense will be the best test for the Cowboys since week one against Tom Brady, certainly much more so than the Falcons – who were shut out on Thursday night after managing just a field goal in Dallas.

The Cowboys offense has done it's part to help their defense by putting up points, but sustaining drives may be more important against an offense just as dynamic. Turning a ten point halftime lead into a 27-point win at the Raiders last week, the Chiefs won't feel pressured to change their game plan regardless of how Dak Prescott or Ezekiel Elliott move the Dallas offense.

Instead, it will be up to Quinn to limit the big plays with his scheme. The Cowboys secondary has been opportunistic when the ball comes their way, but a QB like Mahomes will see plenty of room to get the ball to playmakers like Tyreek Hill or Travis Kelce. The Cowboys will also be playing without top pass rusher Randy Gregory, instead relying again on Dorance Armstrong and Micah Parsons to at least contain Mahomes in the pocket. 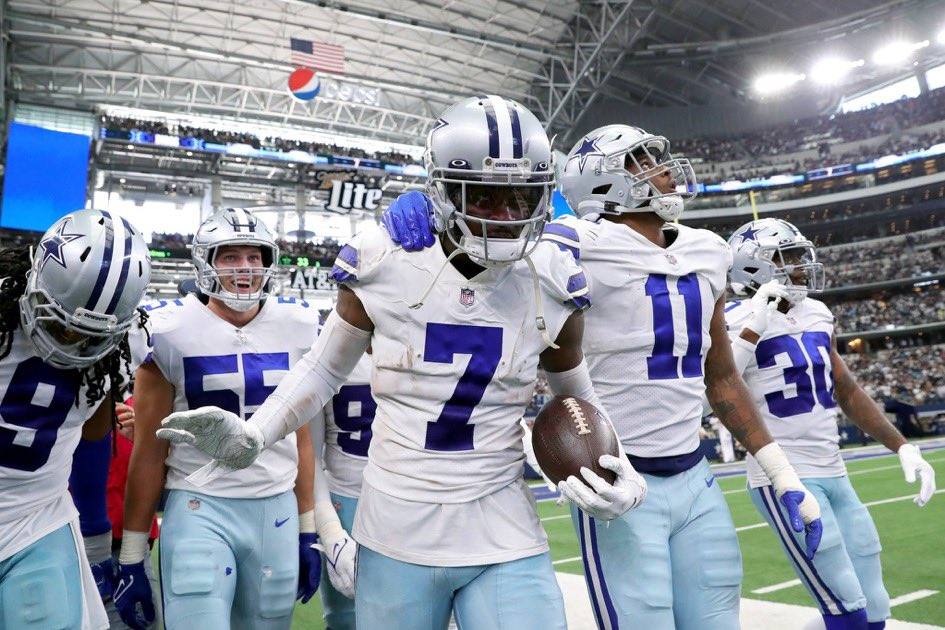 The quick-fix the Cowboys need to avoid letting this game get away on the road is the 6.23 yards after catch per reception they've allowed so far in 2021, behind only the Ravens for last in the NFL. With their pass rush limited and the Chiefs having struggled against teams that drop numbers into coverage this year, this matchup could play into the Cowboys hands as long as their assignments and tackling are at a high level.

Darrel Williams led the Chiefs in YAC at Las Vegas, making this another week where the Cowboys could use Jourdan Lewis heavily. Trevon Diggs drew Kyle Pitts last week, the Falcons great rookie TE, and may see some of Travis Kelce on Sunday. This leaves both Diggs and Anthony Brown to deal with the speed of Hill on the outside. Diggs, Lewis, and Brown all had an interception vs. Atlanta.

Kelce is fifth in the NFL in yards after the catch. Cooper Kupp and Chris Godwin are the big names ahead of him, while Deebo Samuel and Deandre Swift's numbers can be partially explained by targets behind the line of scrimmage. Still in the top-twenty is Hill at 18th with 278 YAC, making up over 32% of his total 855 receiving yards. Mecole Hardman is 16th in the league with a staggering 305 YAC on just 399 total yards this season. Hardman is the third option in KC's offense, but dangerous with the ball in his hands with a similar ability as Hill to take the top off a defense.

The Chiefs scored on their first four possessions of the second half to pull away from the Raiders, and all but one drive needed more than ten plays. They depend on explosive point outputs like this to win, but have also seen Mahomes throw ten interceptions. Only Joe Burrow and Matt Ryan have thrown more, though only Brady has thrown more touchdowns than Mahomes. The Cowboys will be ready schematically for this game, but no opponent is better prepared to punish their mistakes with quick scores than the Chiefs.

Just how much pressure this puts on Kellen Moore to either keep up with a shootout on the road or control the ball enough to give the Dallas defense a chance remains to be seen, as the league-wide narrative on this game does little to look past the MVP candidates at quarterback. 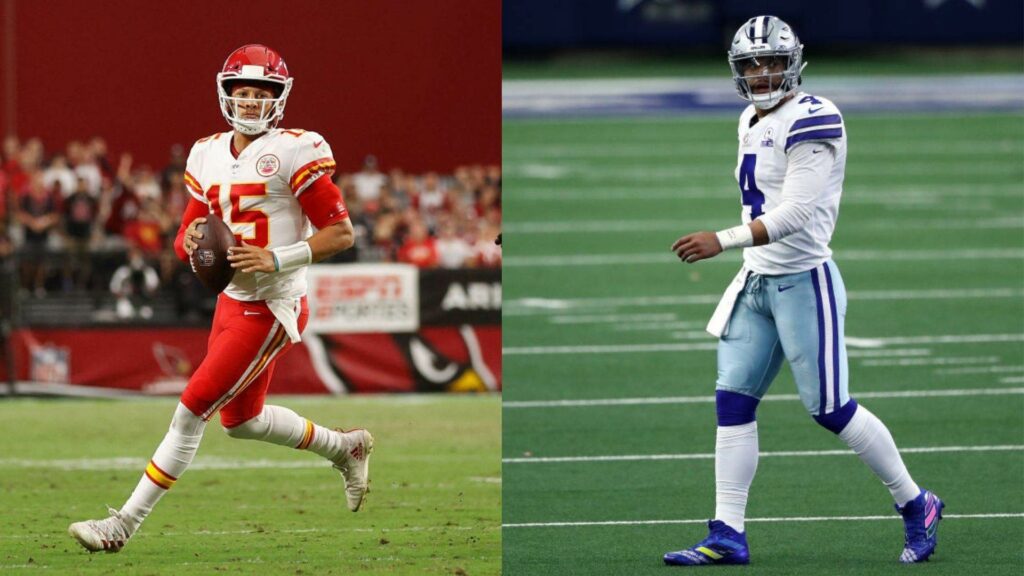 Missed tackles was the sole reason Quinn and the Cowboys staff pointed to in explaining the loss to Denver, and it didn't take long at all to clean it up against the Falcons for the best defensive effort of the season. Keeping this momentum going and winning Sunday would not only prove the Cowboys can play with anyone on the field, but that this staff has an ability to adjust on the fly that previous ones did not.

All year long, Mike McCarthy has tried not to hype up any one game as more than just part of the bigger picture on where he sees this team ending the season. The Chiefs have lost to the Chargers and Bills at home, and if the Cowboys are to hand them their fifth loss overall McCarthy will have to excuse Cowboys Nation from looking much farther ahead. There won't be a player or coach in the building surprised by a positive outcome on Sunday though, a favorable matchup for the Cowboys to cement their status as playoff contenders before starting preparation for the Raiders on a short week.

The NFL season may have recently ended, but the road to Super Bowl LVII begins once again over the coming months. Teams will be...
Read more
Cowboys News

The results from last week had a major change on the potential playoff seedings in the NFC. The Week 12 schedule could be even...
Read more
Cowboys News

The Cowboys' big cushion in the NFC East has broken down a little in November. WIth Dallas losing two of its last three games...
Read more

In addition to tackling I am keen on seeing how our D does in communication. Arrowhead is an incredibly tough stadium to play in given the noise factor. We have to be “on point” with assignments and coverage. And keep Mahomes in the pocket. He’s at his best when the play breaks down.

The key will be to get up to an early lead while establishing the run. This defense is predicated upon playing free… but that only happens with a lead. Reid abandons the run faster than any top coach. Make them one dimensional. Limit the big plays and make mahomes drive the field…he doesn’t like checking down. That’s why he’s been turning the ball over, trying to force it deep.

Our run game has been pedestrian since the Patriots game. But with Smith likely to play again, collins back at RT, and McGovern set to start over Williams we SHOULD be able to run again. This will set up play action to schultz and force defenders into the box, which will allow dak to attack deep with Gallup.

I think this game will be lower scoring than most predict. Don’t turn the ball over, keep long sustained drives, get up to an early lead. Make KC play catchup and we should force some turnovers and grab a few sacks