Cowboys Need Tony Pollard To Be More Than a “Web-Back”

Tony Pollard has been one of the most talked-about rookies from the Dallas Cowboys 2019 Draft class. In the fourth round, the Cowboys selected the Memphis running back with the 128th overall pick. He was their first Day 3 selection and one that makes plenty of sense. Although many will debate whether or not he was drafted “too early,” Pollard is a promising player who could contribute more than one would expect right out of the gate.

Since the moment he was drafted, he's been described by many as a web-back. What does that mean? A running back, after all, but one who's mainly used in space to create mismatches against opposing defenses. Remember when we didn't know how the Cowboys were planning on playing Tavon Austin? He was also labeled a web-back by the coaches and we expected to see him play a lot out of the backfield. That could be what Pollard's role looks like with the Cowboys in 2019.

In Memphis, Pollard often lined up as a slot receiver. Although he didn't run many routes, – mainly quick screen passes – he was put in motion many times and had some pretty effective hands. As a runner, Pollard is far from a complete player but he has a skill-set that makes him a home run threat. In Dallas, this will be amplified when he faces tired defenses when filling in for Ezekiel Elliott.

With Kellen Moore taking over the offense with high expectations, it will be interesting to see how he manages to shape Pollard's role on the team. After all, having a versatile RB who can be a runner and a receiver is exciting. However, when we talk about players like this in the NFL, there's always a big concern. Is Tony Pollard a versatile player, or a guy who doesn't have a defined position and will end up being a below-average tweener? We'll see if Moore can get the best out of him. 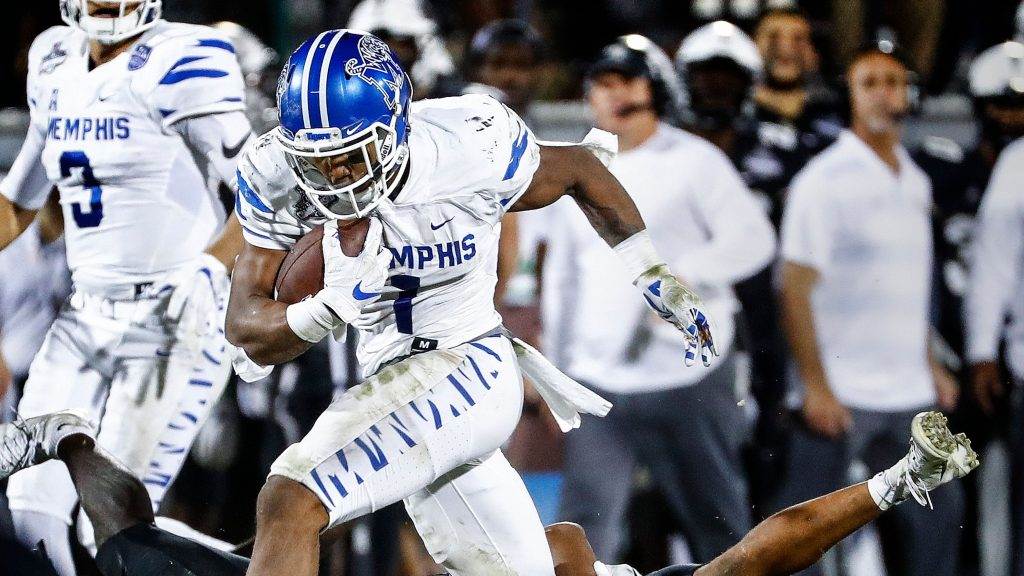 But even if he ends up being a quality web-back, the Cowboys need more out of him than that. The reason why running back was among the team's top priorities this year was because Zeke needs someone to share the workload with.

For Pollard to fill that need for a backup RB, he needs to be more than a web-back. He needs to be a guy who can play between the tackles and earn consistent yardage without getting to pretty. A real #2 guy that defenses don't see as a gadget player.

Fortunately, the front office thinks there's more to Pollard than meets the eye.

Let's hope Stephen Jones is right. We've seen many gadget players fail on Sundays. Pollard needs to have a well-defined role on the Cowboys offense and contribute as a real running back to backup Elliott properly. Judging by the way the Cowboys' front office has talked about him, this is a player they love.

If Pollard is indeed a solid backup to Zeke and contributes on special teams as he is expected to, this pick will be a big success for the Dallas Cowboys. In his attempt to reduce Elliott's workload, the Memphis product will be joined by Mike Weber, who was taken in the seventh round.

All this hype over a 4th round pick with no defined position. A jack of all trades, master of none. Add to that he ran a 4.5+ 40 at the combine. Best case scenario, he becomes a Bryant Westbrook type of guy. Kamara? I don’t see it. The coaching staff couldn’t figure out how to use Austin last year when he was healthy and he is faster, a better receiver and a better returner. At least the Cowboys didn’t waste a fourth round pick on a kicker!

I don’t question Dallas like I did in the days when Jerry was grabbing First Round players who turned out to be busts (or like he wanted to with Johnny Football) but one thing I wondered was did Pollard have a history of injuries in college? I couldn’t find much out about him until after the Draft and found no mention either way.