The Dallas Cowboys have a high-powered offense. Now, their focus in the upcoming NFL Draft will be to upgrade a defensive unit that was in the bottom third of the league in 2020 and gave up the most points in history (473).

An area that the Cowboys need to improve the most is the defensive tackle position. Neville Gallimore and Trysten Hill have immense potential. Antwaun Woods and Brent Urban provide a solid veteran presence, but the Cowboys need more.

Louisiana Tech Defensive Tackle Milton Williams is an interesting name to watch on Day 2 of the draft for the Cowboys.

“Louisiana Tech EDGE Milton Williams was productive over the last two seasons for the Bulldogs, where he racked up 104 tackles, 19 tackles for loss, and 10 sacks over that span. Louisiana Tech played him both as a 5-technique and occasionally on the interior. I believe his best chance in the NFL comes in a defense that gives him opportunities to play on the edge on early downs with chances to rush from interior gaps on long and late downs. He is a terrific run defender that processes well, plays with extension, and has good power at the point of attack. As a pass rusher, Williams keeps his hands engaged and relentlessly competes to clear contact. He has good twitch in his upper body and the agility needed to get around the edges of blockers. Williams has a chance to factor into the defensive line rotation early in his NFL career with the upside to command a majority of the snaps as he develops.”

Williams had a reserved role in his redshirt freshman season in 2018 and only registered four tackles and a half-sack. Over his final two seasons with the Bulldogs, Williams amassed 104 tackles, 10 sacks, and three fumble recoveries. The Cowboys were 31st against the run last season and Williams racking up 19 tackles for loss means he does a good job of keeping offenses behind the line of scrimmage which would certainly help in that aspect.

If Williams were drafted by the Cowboys, he'd probably spend most of his time as a defensive tackle but he also has the position flex to play on the edge. His 30 quarterback pressures since 2019 ranked second in the nation for draft-eligible defensive tackles.

Williams could be a solid addition in the third round or so. His high motor and versatility would be a welcomed addition to the Cowboy's defensive line as they try to improve on their run defense and ability to rush the passer.

Hey, Mathew, always enjoy my Tech players getting some love. So, the draft is on the way and I used to hate the Cowboy philosophy of best player available. I was more of a best player on the board that fits a glaring need you have. Why? Because there is no way I’m taking a QB, most years, that’s rated higher than the stud linebacker that might be sitting there, too, but rated a little less than the QB when your roster is set at QB1 (I’m only talking 1st round here). Even though the Cowboys preached BPA, they really have shown over the years that they do appear to be best player that fits a glaring need. Sometimes it works, sometimes it doesn’t. The thing is with this Cowboys team, they have weaknesses everywhere. I’m just talking my eye test but there are issues at every position on this team…and that includes QB and RB. I think this team’s approach really should be BPA in this draft. Sit back and let the draft fall how it will and take BPA in each and every spot including QB and RB. If they just have to get cute and make some trades, unload those 6th and 7th rounders. Rarely do they make an impact other than special teams or the practice squad, and, you can sign special team players a dime a dozen every day of the week. Best player available, and that includes Milton Williams from Tech. Good luck to Milton. 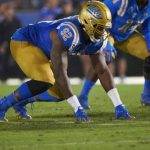 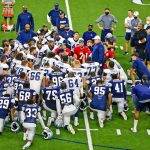