The Dallas Cowboys were awfully impressive in the 2019 season opener against their division rival, the New York Giants. They pretty much dominated all three phases of the game, but it was their performance on the offensive side of the ball that might’ve been the most impressive.

New Offensive Coordinator Kellen Moore proved to be as advertised after being talked up by the organization since replacing one of his mentors, Scott Linehan. He is without a doubt a breath of fresh air after how stale Linehan’s playcalling had become the past few years. It’s only one game of course, but he absolutely looks like the real deal.

Kellen Moore of course has a talented group of playmakers at his disposal. It’s his job to put them in a position to succeed, and I think we can all agree he did just that. The way he had the Cowboys offense clicking last Sunday against the Giants reminded me of another high-powered offensive unit in the late 90s and early 2000’s. You may know them as the St. Louis Rams, better known as “The Greatest Show on Turf”. 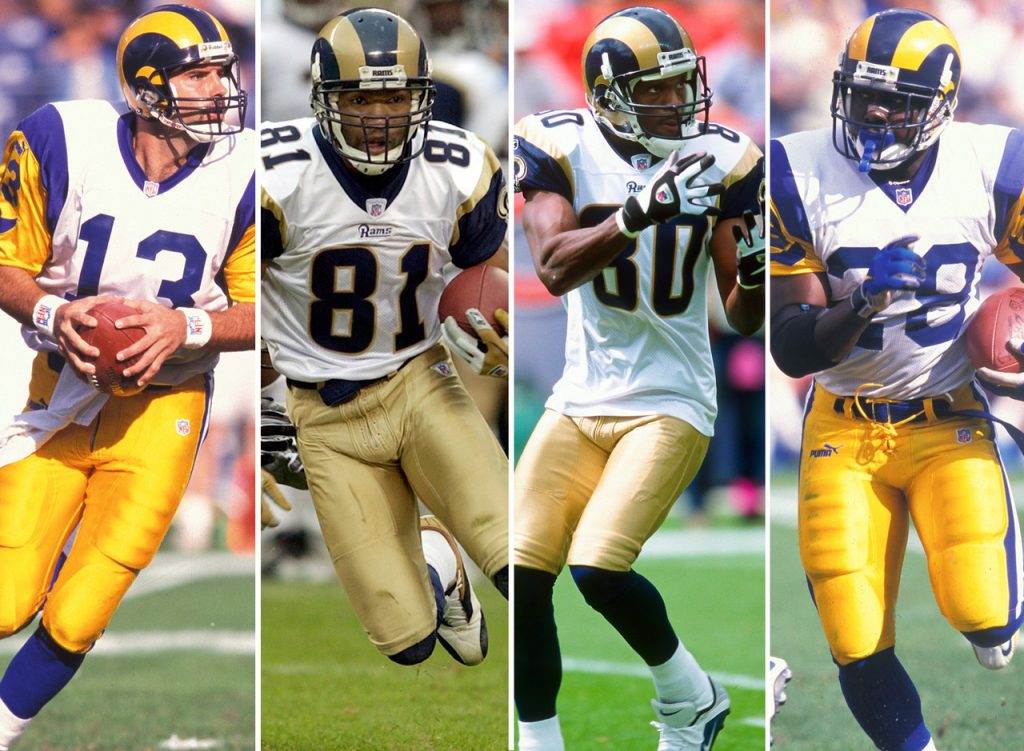 There was a three-year stretch (1999, 2000, 2001) in which the St. Louis Rams had one of the most potent offenses to ever step foot on the field in the NFL. Kurt Warner, Isaac Bruce, Torry Holt, and Marshall Faulk (all Hall of Famer’s) were the headliners for the Rams, leading the team to two Super Bowl appearances in 1999 and 2001, the latter of which they won.

You’ll probably disagree with me, and that’s okay, but I see a lot of similarities between Rams offense and the Dallas Cowboys current team on the offensive side of the ball. I know it’s quite a stretch to suggest Dallas can emulate arguably one of the most impressive offenses to ever play the game, but there are quite a bit of similarities.

From the offensive system (Air Coryell) to the playmakers the current Dallas Cowboys and the then St. Louis Rams had/have, they’re pretty similar on paper. The Cowboys have their Isaac Bruce and Torry Holt in Amari Cooper and Michael Gallup. They have their Marshall Faulk in Ezekiel Elliott and Dak Prescott certainly looked capable of emulating Kurt Warner against the Giants in the season opener.

The Dallas Cowboys certainly have the pieces in place to become the next “Greatest Show on Turf”. But, we all know it’s going to take  more than that emulate one of the best offensive units to ever play the game. For now though, we should just go ahead and sit back and enjoy the show. It doesn’t have to be the “greatest”. It just has to be good enough to get the job done.

Can the Cowboys offense be the next “Greatest Show on Turf”?