The Dallas Cowboys put up a dud against the Arizona Cardinals last Sunday. They all but lost their chance at earning the number two seed in the NFC Playoffs.

It was a poor showing on the offensive end of the ball for most of the game. The defense, although played decently, gave up far too many second and long conversions and too many third-down conversions.

The real problem lies with the offense, though. Dak Prescott and company started slowly yet again and only managed seven points in the first three quarters. Greg Zuerlein missed another field goal, and Prescott missed too many easy throws.

3/9 – Amari is wide-arce open here and the throw is missed badly. Then Greg missed a FG to really crank the anxiety in the building. pic.twitter.com/u8lHQ2LKFw

The above throw to Amari Cooper would have been a third-down conversion, and the miscue ultimately led to a Zuerlein field goal miss.

There were also times that it looked like Prescott was unsure of where to go with the ball. The Cardinals defense did a great job flummoxing him for the first three quarters. But there were times where Prescott just did not make the read.

3/11 – this has to go to Cooper on far sideline the moment he sees the safety up top. You dream for some guy named Kevin Peterson to be singled against Amari Cooper in this spot. . pic.twitter.com/ysCB7hZR3y

Amari Cooper said after the game, “Against a good team like that, a high-powered team like that, we can't start slow. We have to convert third down, and we have to go in and score on all the opportunities we have. That's the type of offense we are.”

The Cowboys have only scored twice on their opening possessions since the bye week, one touchdown and one field goal. The Cowboys were also 3/11 on third down against the Cardinals.

“I think the biggest thing for us offensively was really the timing of the penalties,” Cowboys head coach Mike McCarthy said. “Those penalties were drive-killers for us in the first half, and that was a big part of our struggle.”

Perhaps the most disappointing offensive aspect of the game was the Dallas was unable to get any sort of running game going, yet again. Through the first three quarters, the Dallas offense was ranked 32nd in rush/EPA (-0.584).

Ezekiel Elliott and Tony Pollard combined for 25 yards on 12 carries in the game. Prescott was the leading rusher on the day with 20 yards.

The rushing attack has been a problem for some time now, and it may be the Achilles heel of this team in the playoffs.

Another problem is that the Cowboys are not getting the ball in the hands of their playmakers. Amari Cooper and CeeDee Lamb both only had three receptions on the day. Dalton Schultz and Cedrick Wilson led the charge with six grabs a piece.

Neither Cooper nor Lamb has broken 100 yards receiving in a game since week eight against the Vikings, when both eclipsed the century mark, in a game Prescott didn't even play.

It will be a short playoff run this season if the Cowboys don't get things figured out.

Does it look promising that they will? No, despite all the confidence being spewed from Prescott and Mike McCarthy.

It’s obvious now,. DP is just not producing as he did in a few games early on in the season, for whatever reason. And now is the time he should be playing his best, WHATEVER THAT IS?

Some of the stats laid out by Kevin are troubling to us Cowboy fans for sure. One that sticks out, is that both AC and CDL hasn’t broken 100 yards since week EIGHT, which DP DID NOT PLAY IN. That is pretty pathetic considering the high quality of both those WRs. If DP cannot get it done, they may be one and done in the PS. BTW they can’t be constantly counting on the defense to get multiple TOs every game. That is just not sustainable.

Without a good run game output, DP is a very average QB right now and maybe he always has been. He just cannot produce as the other PS QBs can. It appears his rookie season, where they went 13-3, was his ceiling that he just cannot get to again. And with that record came expectations he just cannot meet. Remember that year, EE was the best RB in the league, averaging over 100 yards per game. That may havebeen the crutch he doesn’t enjoy now very consistently. Again, without that run game , he is average.

QBR ranking for DP is 17th!

Basically ALL THE OTHER PS QBs are well ahead of him. IMO, Cowboys have to do something about this very uneven output between production and compensation, IF. they can, or fans will be waiting for some time before another SB victory. Or maybe ownership is OK with this status quo. 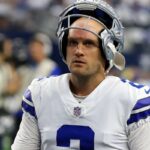 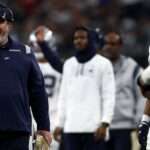