Excuse the mess! We're working on a new ITS experience with revamped categories, topics instead of tags, a new comments system with rich text options, and last but certainly not least, a whole new look. How 'Bout Dem COWBOYS!

The Dallas Cowboys fell short Sunday in their trip to Arrowhead stadium. The Kansas City Chiefs defense was able to dominate the Cowboys' offense all day and, Dak Prescott and the offense could never get anything going.

The Dallas offensive line was a glaring issue in this contest and a big reason Dak and company struggled to move the ball. The Chiefs ended up with five sacks on the day and eight quarterback knockdowns. Prescott was under duress all afternoon and never could get comfortable in the pocket.

Dak Prescott finished the game with 5.02 yards per pass attempt, 2.93 adjusted yards gained per pass attempt, and an average completed air yards of 2.1. These numbers are a glaring indictment of the pass protection that Dak Prescott received on Sunday afternoon. Prescott didn't play well, but the offensive line play didn't give him much chance to succeed.

The poor play by the offensive line started early and never recovered. On the game's second possession, Terence Steele let Defensive End Frank Clark get a free run at Prescott, which resulted in a strip-sack and a turnover. Steele was starting with Tyron Smith sidelined for the third straight game with an ankle issue.

There is little clarity yet on whether Smith will return for the Thanksgiving Day matchup against the Raiders. Mike McCarthy said yesterday, “If he's ready, he's ready.” And he followed that up by adding, “If he's not, he's not. So, hopefully, he'll be ready to go on Thursday.”

And VP Stephen Jones added on Monday, “barring some unforeseen setback this week, he should be ready to play this Thursday.” But, they said he would play against Kansas City too until he didn't.

On Sunday, the offensive line also had a new piece as Connor McGovern replaced Connor Williams at left guard.

When asked about the switch and whether or not continuity of the offensive line was affected, McCarthy responded, “We had a full week of practice. I just think [the Chiefs] played well. They were able to rush today and played better run defense. But for the most part, it was tough going. We'll be better the next time we have to play in this environment.”

Chris Jones, the Chiefs star-defensive tackle, dominated from start to finish. He finished the game with 3.5 sacks.

All-Pro Right Guard Zack Martin, who struggled himself, said after the game, “We didn't execute great upfront, and I don't think we did a great job of giving Dak time and letting him be comfortable back there.”

Martin added, “That's on us, and we've got to go look at the tape and have a short memory.”

The Dallas offensive line also did little to make any running lanes for Ezekiel Elliott. He only averaged 3.6 yards per carry in the game. The lack of a running game also contributed to the Chiefs' front four being able to tee off on Prescott.

It was a poor performance all around for the Cowboys on the offensive side of the ball. They will have a short week to try and patch things up on offense before they take on a slumping Las Vegas Raiders team.

yea again dakkie the duck is exposed!!! 160mill for this dear in the headlites!!!! first pass of the game said it all, but hey, lets sit here and make all the excuses for this sorry ash ,wanna be elite, middle of the road QB the jones have dealt this fan base….he will never beat a great playoff defense, so he will never bring home da ring….mark it down fellas!!!!

ARod had his top THREE WRs and at least one starting O lineman OUT couple weeks ago and still beat the Cards.

We are stuck with DP, with that stupid contract they gave him. Just a bad situation if this guy continues on this same very uneven path. BTW, it looks like his mobility went down a couple of notches, also.

You people are crazy, Dak is a great QB, top 5 or 6 at least, and even the experts will agree with that!! It’s funny how everybody sees greatness in him except for you few nobody’s on this site!! And you wanna talk about Rodgers beating the cardinals without his receivers and an linemen, but what you forget to mention is that he beat them when they were without Murry and Hopkins!! And to make your comment look even dumber, he got beat by the vikings last week and he had all of his receivers in that game, so what’s the excuse for that!? The vikings is a team we beat with our backup QB!! So you so called Cowboys fans can go on somewhere with your ignorant comments!!

Now something I’ve been wanting to say since the game ended!! We had a hard time beating the chiefs cause we were without a few starters in that game, but I think we still had a chance to win if it wasn’t for Wilson and Noah Brown dropping so many passes!! And not to mention the fact that we were playing against the refs too!! There were at least 2 or 3 times they should’ve called pass interference on the chiefs, but never did, and the biggest one was on Michael Gallup in the end zone on a 3rd down play!! So instead of calling the pass interference and giving us a 1st and goal at the 1 yard line, they don’t call it and we had to settle for a field goal!! So yeah, we should’ve scored more than what we did, and I think there’s a very good chance that we walk away from that game with a win if it wasn’t for the refs overlooking clear penalties that should’ve been called, and more than likely would have been called if it was our defense doing the interfering!!

Hey Cowboys Fan I have to agree with most of what you said but not only Wilson and Brown dropped passes we can add MG in the mix also! I guess everybody has bad games ! 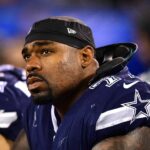 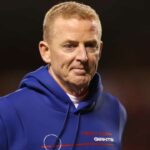