The Dallas Cowboys are 2-7, banged up just about as bad as anyone in the league, and in the middle of their most disappointing season in recent memory; but Owner Jerry Jones is still looking for bright spots publicly, and he's doing so with Running Back Ezekiel Elliott.

About a week removed from calling struggling Linebacker Jaylon Smith a “cornerstone,” Jones went on the record about a player having a rough season once again. Jones told 105.3 The Fan that Elliott is the Cowboys' “best player.” Yes, their best one.

Cowboys owner Jerry Jones on @1053thefan lauded RB Ezekiel Elliott. "He's our best football player. He's our best one. Having said that, we've just got to have more chances to expose him to the defense, and we're going to do that. …In my mind, he's our best player."

Elliott has stuffed the stat sheet through most of his career, but he's on pace for 16-game career lows in 2020. He's also developed a fumbling problem this season, fumbling five times and losing three already.

It shouldn't be surprising that Jerry Jones has Zeke's back. Elliott held out before the 2019 season in search of an early extension, and the Jones family caved before Dallas ever played a meaningful game. He also oversaw the front office which picked Elliott fourth overall back in 2016.

Jerry Jones clearly has his group of guys on this roster, and Elliott is toward the top of that list. Whether his play has lived up to that billing in 2020 or not is up for debate, however.

Well…he’s been wrong before

He is delusional…1st. He has to go to the golf course to find a coach 2nd If I know from my recliner when they are goin to zeke so does everyone else 3rd Last time I’ll say you can’t coach from the owners box and all Jerry wants is minion he can control on sidelines. 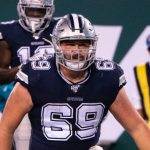 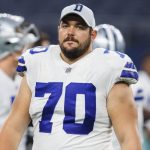